A Christmas Carol‘s Grim Reaper-esque Ghost of Christmas Future will be in good company this year. The reason? Netflix has a host of Christmas movies that are actually kind of creepy. The streaming service’s "It’s Beginning to Look a lot like Netflix" campaign, of course, features feel-good standards like Love Actually and White Christmas, but more surprising titles range from moderately ghostly to downright eerie. None are too much of a stretch though. If you think about it, doesn’t Christmas tradition kind of revolve around a man breaking and entering homes via chimney anyway?

First, there’s this year’s Netflix original movie, The Holiday Calendar — which, let’s be honest, you’ve already streamed more than once. Maybe "creepy" isn’t exactly the word you’d use to describe the heartwarming love story, but pause for a second.

When Kat Graham’s struggling photographer Abby inherits her dead grandma’s titular antique holiday advent calendar, her "Gramps" (played by Ron Cephas Jones) tells her, "Your grandmother was convinced it had magical powers." Later, when the calendar seems to be predicting the future, her friend-zoned pal Josh (Quincy Brown) also notes, "Clearly the calendar is magic." Couldn’t "magic" just mean haunted by a supernatural force? (If Casper taught us anything, it’s that some hauntings can be friendly, after all.)

While also a love story, 2015’s mystery/drama The Spirit Of Christmas is less ambiguous. Desperately gunning for a promotion as December 25 quickly approaches, an attorney named Kate (Jen Lilley) treks to Vermont to oversee the sale of an old inn. Upon arriving, however, she meets a ghost named Daniel (Thomas Beaudoin) who really just wants to be left alone. "This is my inn," he tells her. "I have no wish to harm you. I merely want my solitude which requires your departure."

As these things tend to go, of course, Kate doesn’t leave, instead sticking around to investigate his mysterious 1920s death, which, turns out to have been a violent murder that he has forgotten, natch. During the process, the pair — you guessed it — falls in love, with Kate promising her ghostly beau, "I’ll make sure you always have a tree for Christmas." (Not for nothing, her persistence may or may not have had something to do with the fact that the Prohibition-era apparition is kinda hot, too.) 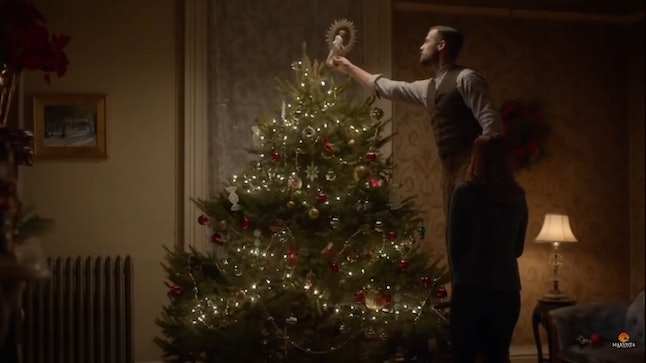 While Greendale’s resident Satanic followers obviously don’t celebrate Christmas per se, the Chilling Adventures of Sabrina: A Midwinter’s Tale holiday special (available to stream on Friday, Dec. 14) finds The Church of Night’s coven celebrating the Winter Solstice (AKA the longest night of the year). "Families gather around the Yule First to sing pagan carols and tells ghost stories," reads Netflix’s official episode description. "But the holidays are also a time for guests and visitors — both welcome and unwelcome — you never know what might come down the chimney…" (Probably safe to assume it isn’t jolly old St. Nick.) 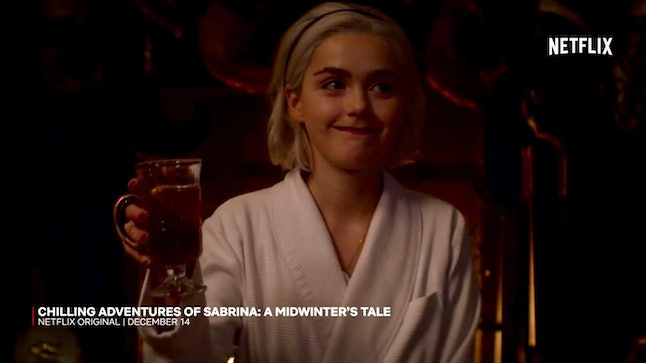 The narrator in the trailer for 2015’s How Sarah Got Her Wings says that the titular protagonist’s day started like any other "until fate rolled in." And, by fate, he meant a bus. Killed in the accident, Sarah (Lindsey Gort) is sent to Heaven’s lobby where she finds out she’s not on "the list." Luckily, she’s given a second chance: 12 days on earth as an angel in training to turn around her fate.

"You’ve seen those movies where an angel has to help a lost soul find their way, right?" she asks her gratuitously shirtless ex-boyfriend Jordan (Derek Theler). Her mission is to help Jordan "find heaven right here on earth" with his other (neglected) ex-girlfriend and "true love" Amanda (This Is Us‘ Melanie Liburd) by Christmas Eve. Angel? Ghost? Same difference. 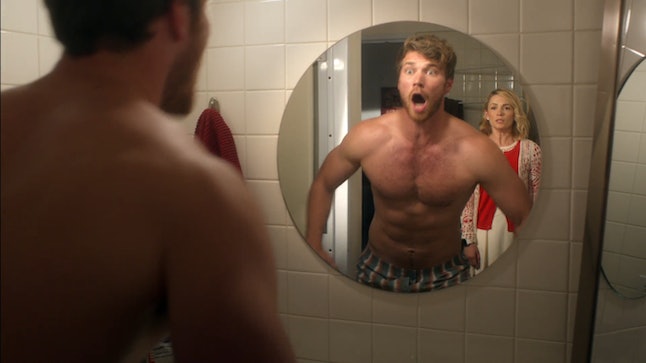 Though technically billed as a Christmas comedy, 2017’s Pottersville — which features Michael Shannon, Judy Greer, Ron Perlman, and Christina Hendricks among its surprisingly well-known cast — may be one one of the creepiest of the bunch. The movie begins with a small town general store owner Maynard (Shannon) coming home early from work to surprise his wife, only find to she is cheating on him with the town sheriff. But here’s the one detail that puts it way over the top: They’re actually furries (Google it) and dressed in animal costumes when he walks in on them.

Drowning his sorrows with booze, a drunken Maynard dresses in a gorilla costume and stumbles around town. He, of course, gets mistaken for Bigfoot, and the sighting brings tourists to the failing town in droves to catch a glimpse of the supposed Sasquatch, thus giving Pottersville an economic boost. You know, just in time for the holidays. 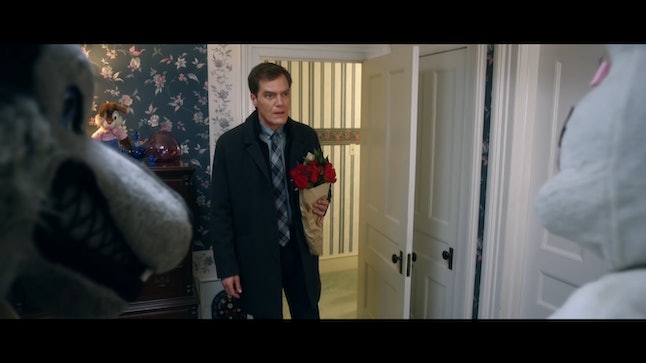 So if you like your Christmases with a little dash of Halloween — or you just need a break from tradition this year — click on over to Netflix for these movies that give a whole new meaning to the term "holiday spirit."