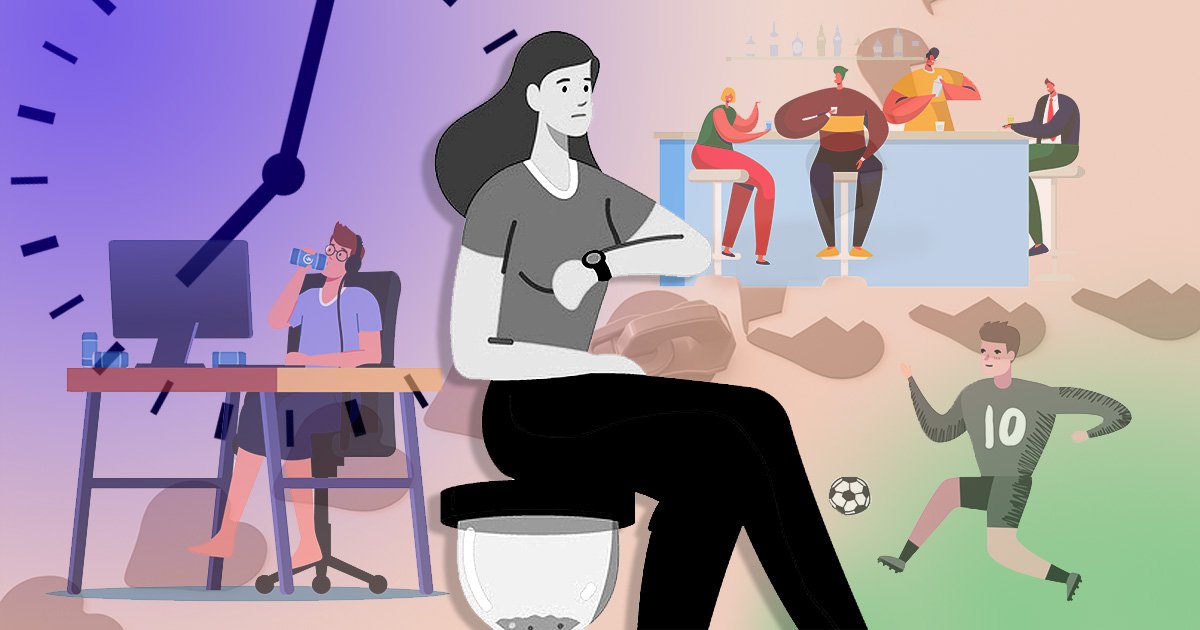 Disappointing sex, toxic friends, and a lack of fun – would these things put an end to your relationship?

Apparently so, although this might depend on your gender.

That’s according to a new survey from affairs site IllicitEncounters, anyway, who asked 2,000 people (split evenly between men and women) for their top ten relationship wreckers.

While there are some things genders agree on as being entirely destructive to a bond, such as no longer fancying a partner, the rankings differ quite a bit between the sexes.

For women, the biggest bummer was assigned to ‘he likes watching sport more than me’, while for men, ‘I stopped fancying her/she has put on weight’ came out on top.

It’s worth bearing in mind, though, that this is a survey of people who use IllicitEncounters, a site specifically for having affairs. If you’re on this site, we’d imagine you aren’t particularly dedicated to making a relationship work, and so might be more likely to let these – comparitively minor – things wreak havoc.

For the average, non-cheating, person, the top relationship wreckers might be a bit more reasonable, such as ‘discovering you have different values’ or ‘a lack of trust’.

Top 10 relationship wreckers, according to the survey:

But while we shouldn’t see these things as signs that a relationship is instantly doomed to fail, or that experiencing these behaviours is justification for cheating, what the survey does reveal is some of the issues that are important when you’re in a relationship – and that shouldn’t be ignored.

Jessica Leoni, sex and relationship expert at IllicitEncounters, said: ‘Look closely into the reasons why women call time on a relationship and it comes down to two things – selfishness and bad sex.

‘With sex, it is not the quantity that is at issue but the quality – specifically men who put their own pleasure above their partners and do too little to keep her happy in bed.

‘Men’s main relationship wreckers revolve much more about sex and desire and their perception that they are getting a raw deal. Rightly or wrongly, lots of men think there is someone more exciting physically and emotionally waiting around the corner.

‘Both lists show why affairs are booming as we emerge from the pandemic, and the end of 2021 will be a bumper time for infidelity.’

If you are noticing some of these destructive issues rearing their head, we suggest addressing them with your partner and working your way through them – not jumping straight into an affair.

Look at the common themes – a lack of quality time, passion, and trust. Those are all fixable as long as you’re willing to put in the effort.