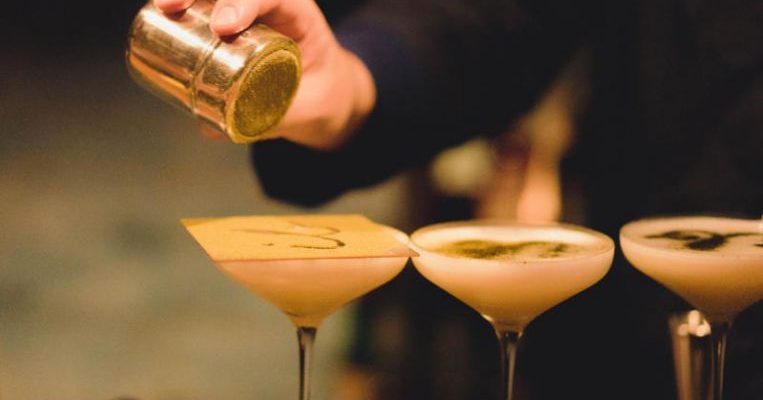 If you are looking to impress your date over drinks this Valentine’s Day, look beyond the finery of Atlas or Manhattan for these new bars that have opened over the last six months.

For a whiff of adventure, seek out tiki cocktails at 10-seater Pacifica by Junior The Pocket Bar, hidden in the back alleys of Tanjong Pagar, or sample mocktails at Wanderlost Lounge on a rooftop in the same neighbourhood.

For quiet conversation, there is IB HQ, located in a second-floor shop house in Kampong Glam, while one of Singapore’s newest whisky bars, The ExciseMan, is perfect for the whisky lover.

For the music nerd, check out The Monarchy in Tras Street, with its cocktails named after British rock and pop classics, and stay on for the after party in the same space.

Pacifica By Junior The Pocket Bar

Go if you like… strong, tiki-style cocktails Hidden in a back alley of Tanjong Pagar road, tiki cocktail-themed Pacifica is the third iteration of Junior The Pocket Bar, which rotates its bar programme every six months.

Expect plenty of heady tiki classics such as the Zombie ($25), which is made with a potent mix of three rums. The bar also subscribes to the ethos that “tiki should always be over the top” and fittingly, boozy drinks such as Return Of The Jiangshi ($25), is made with mushroom-infused rye whiskey, beetroot and smoky mezcal.

If you are feeling peckish, there is also a small menu of bar snacks. This cosy 10-seater bar fills up quickly.

Where: 43 Tanjong Pagar Road (entrance in the alley in Cook Street)

Go if you… like Britpop classics The first sign of The Monarchy, housed across two sprawling shophouses in Tanjong Pagar, is a recreation of the iconic 10 Downing Street door at the entrance.

From the pop art paintings of British icons such as Princess Diana and George Michael that line the walls, to the staff dressed like they came fresh off the set of BBC period drama Peaky Blinders, the space captures the era of Cool Britannia.

Its 18-cocktail menu is also perfect for the date who is the music nerd, with drinks named after classic British tunes and a playlist of the same. Cocktails start at $21++.

The Rolling Stones hit Paint It Black for instance, is inspiration for the cocktail of the same name ($22++). This black whisky sour made with scotch whisky and citric acid gets its colour from activated charcoal.

If the date goes well, there is also the option of an after-party in the adjoining Ultra Lounge, which is open only from 10pm on weekends and the eve of public holidays.

Run by founder of Formula 1 after party The Podium Lounge, Robbie Hoyes-Cock, and former executive director of Pangaea, Steve Yallop, the nightclub section of The Monarchy boasts seven VIP tables and bottle service.

The music programme is centred on house tunes and will have a rotating roster of local, regional and international DJs.

Open: 6pm to 3am (Tuesdays to Fridays), 6pm to 4am (Saturdays and eve of public holidays). Closed on Sundays

Go if you like… Valentine’s Day themed cocktails with housemade distillates Tucked away on the second floor of a shophouse in Kampong Glam, IB HQ, short for Indigenous Bartender Headquarters, is the upscale version of a cosy home bar.

Here, you are welcomed byhusband-and-wife team, Kamil Foltan, who was group beverage manager for the Potato Head Group and head bartender of Tippling Club, and photographer Zurina Bryant.

Their platform, Indigenous Bartender, was developed to explore locally-sourced ingredients with like-minded individuals.

From its regular menu, try the banana whisky-based Musa ($24++) or the Osmanthus gimlet ($24++), made with gin and an osmanthus cordial.

For Valentine’s Day, it has a special menu with drinks such as Amore ($24++), made with Rose Tequila, lychee and champagne and Oops, I Forgot, made with rum, honey, earl grey and rose.

There will also be a complimentary selection of chocolate and fruit throughout the night.

Where: 774A North Bridge Road

Open: 5pm to midnight (Tuesdays to Saturdays). Closed on Sundays and Mondays

Go if you like… storybook-themed mocktails Finding this hidden rooftop bar Wanderlost Lounge involves crossing a field, going up a slope, taking a lift, then climbing a flight of stairs.

At this bar that serves book-themed, non-alcoholic cocktails, drinks are by The Halal Mixologist, best known for the now-closed Atap Bar in Bugis, which also served creative mocktails.

For instance, The Alchemist ($15), named after the Paulo Coelho book, is made with kombucha, tea distillate and sour plum nectar. Served in a conical flask, the concoction arrives with wisps of smoke.

With a floral and fruity taste profile, The Little Prince ($15), named after the Antoine de Saint-Exupery book, is made with rose water, lavender distillate and pineapple juice.

Also expect cocktails inspired by Harry Potter And The Philosopher’s Stone, Stardust and Charlie And The Chocolate Factory, ranging in price from $13 to $15.

If you are feeling peckish, there are tapas and snacks such as chicken karage ($9) and grilled tacos ($10).

Open: 5.30pm till late (Mondays to Saturdays). Closed on Sundays

Go if you like… independent whisky bottlings from Scotland One of Singapore’s newest whisky bars, it is hidden on the second floor of the Esplanade Mall.

Big Peat, for instance, is a blend of whiskys distilled at Ardbeg, Bowmore, and Port Ellen.

There is also a selection of other spirits and wines, and a small list of beer and cocktails.