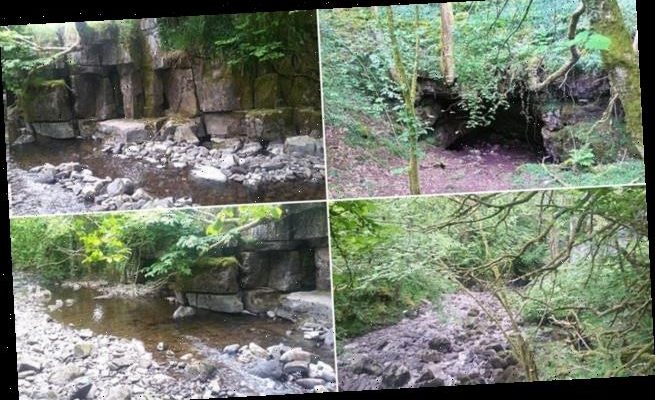 Ideal for an aspiring Fred Flintstone! Five Welsh caves go on sale for £150,000 but do they have Grand Designs potential?

There are unusual properties and then there is this. These five caves in the Welsh countryside are for sale with the woodland they sit in for £150,000.

The caves are in the stunning Brecon Becons within a plot that extends across 2.5 acres of woodland – and as an episode of Grand Designs has previously proven a cave can have the potential to provide a generous income.

But the estate agent handling the sale suggests there is no prospect of turning the caves into a habitable property, or building on the sloping woodland, although says the site – a renowned caving spot – has commercial potential. 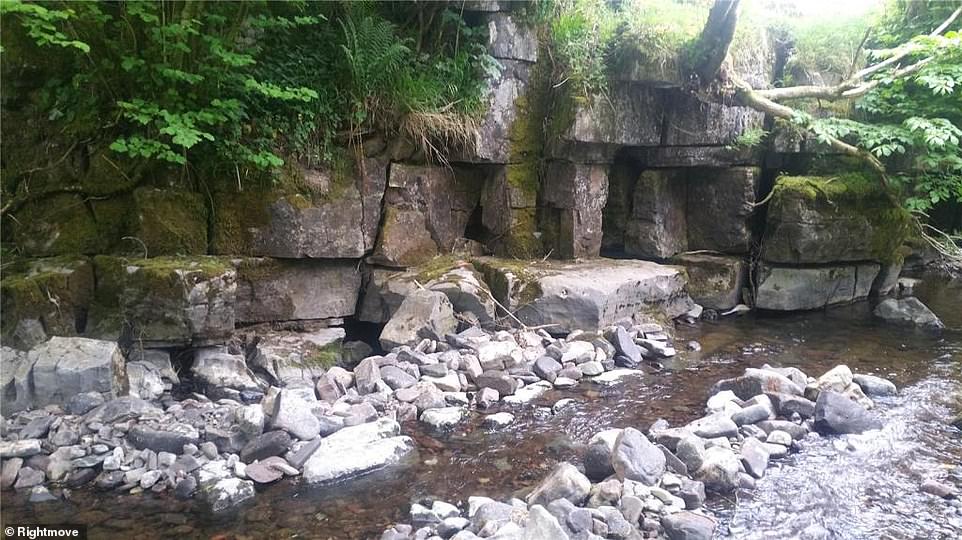 Fred Flintstone appeal: The Welsh property is for sale for £150,000 with five caves and a seven mile underground network 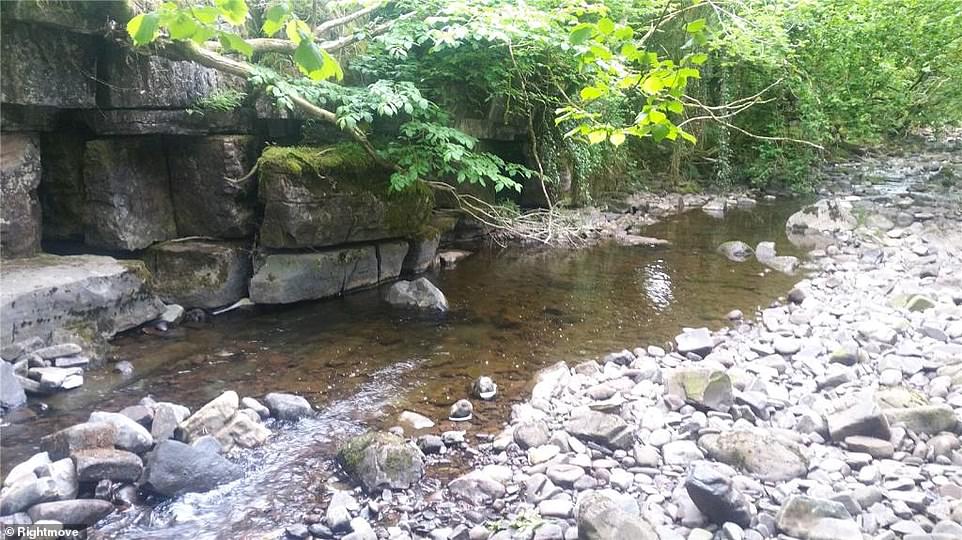 The Welsh caves and woodland for sale can be found by the River Neath, in the upper reaches of the Neath Valley

An episode of TV property show Grand Designs featured a set of caves in Worcestshire that were turned into unique holiday lets.

While it can be extremely difficult to get planning permission on open countryside in Wales, there may be possible exceptions to planning policy but any plans for a Grand Design-type transformation here is likely to be subject to tough consents.

The Welsh property sits alongside the River Neath, in the upper reaches of the Neath Valley, within the Brecon Beacons. It includes a small area of woodland with good road access and a parking area.

Buying agent Henry Pryor said: ‘While the sellers are offering a commercial opportunity, with an emphasis on leisure use for those looking for outdoor activities when we are once again able to get out and about, clearly some people are going to think about the opportunities of using the caves for living space.

‘Any aspiring Fred Flintstone should bear in mind that you’d still need planning consent and there may be significant geological problems to deal with like water coming in or structural issues with the rock above. Would it make a Yabba-Dabba-Doo home? It would be great for an adventure, but I’m not voting this the ultimate man cave.’

The caves in Wales have elements that are similar to those that appeared at the beginning of an episode of Grand Designs.

The Grand Design project – included in the list of Kevin McCloud’s favourite in the past 20 years – showed that caves can be turned into a profitable venture.

The episode saw the caves in the Wyre Forest, in Worcestershire, transformed into a retreat that currently rents out at £195 a night. 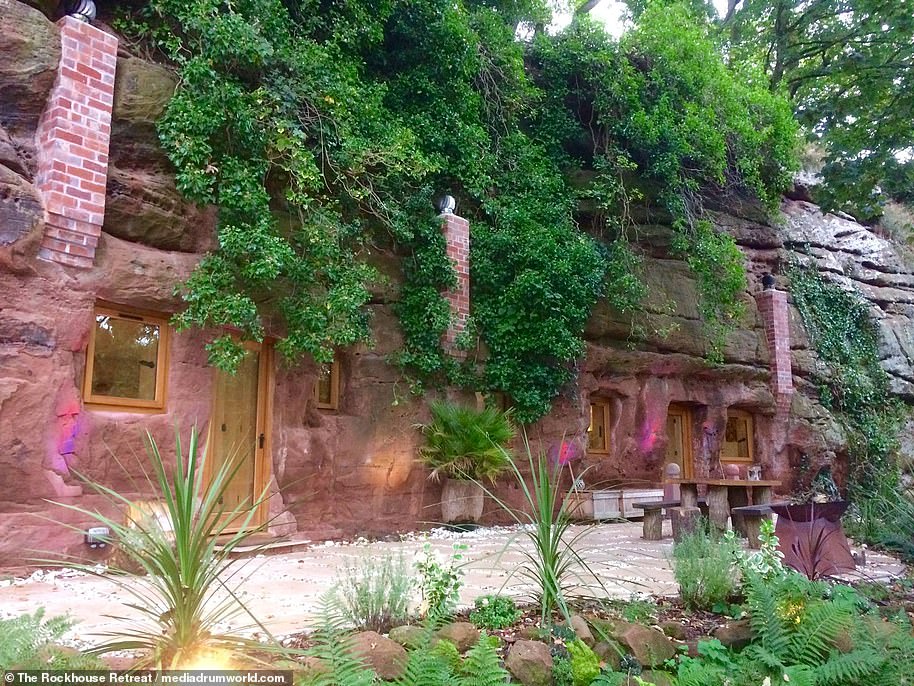 The caves in the Wyre Forest, in Worcestershire, were transformed on Grand Designs by former businessman Angelo Mastropietro 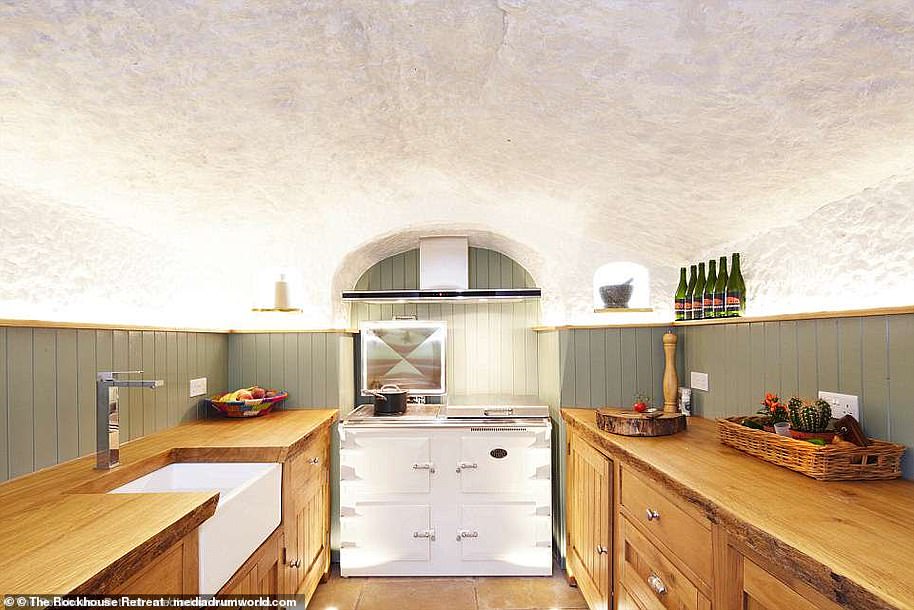 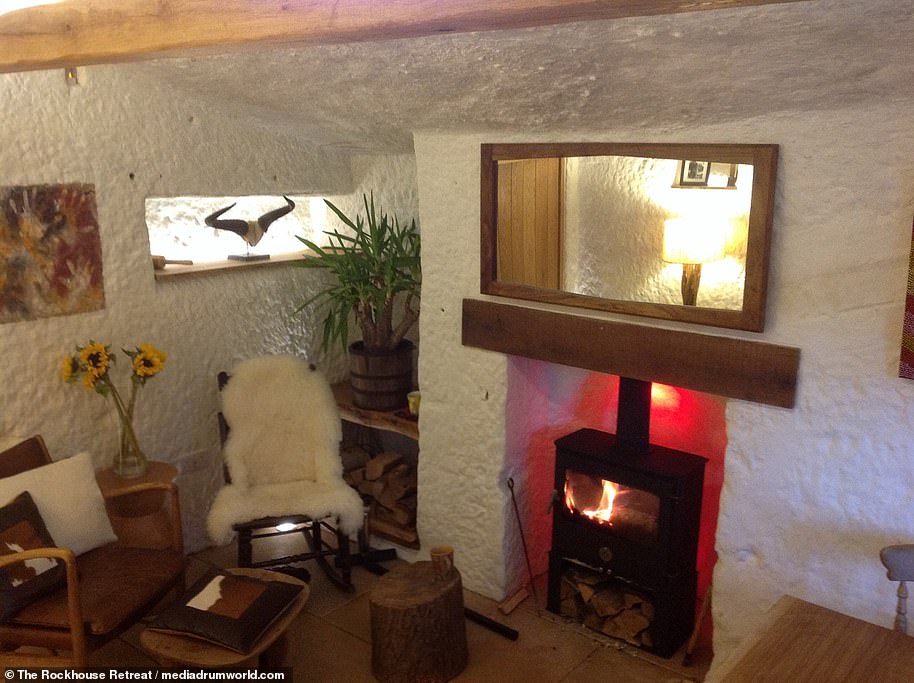 The perfect couples retreat: The quirky Grand Designs abode is an impressive holiday rental that has been booked for £195 a night 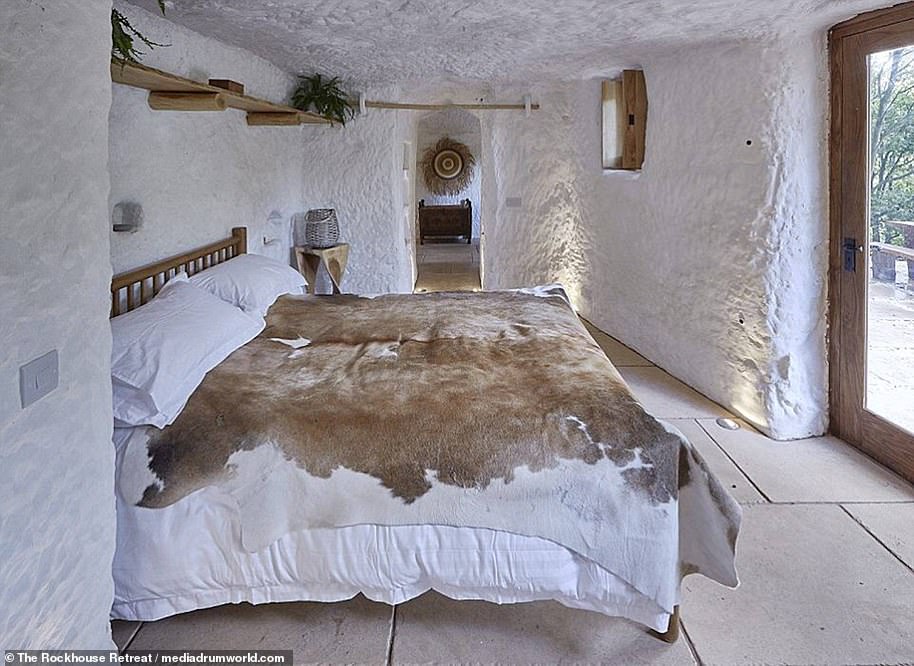 The caves on the Welsh property are considered to be some of the most interesting in the country and are used by caving clubs. Something likely to thwart any attempts at development.

Inside the caves is a sprawling underground network that extends to more than seven miles.

Tim Bannister, of property listing site Rightmove, said: ‘It’s not every day that we’re able to share such a unique and quirky listing with the world, but this remarkable plot of land has certainly captured our attention.

‘For the same price as a Kensington car park space, you can buy 2.5 acres of serene woodland and spend your weekends exploring more than seven miles of your very own underground cave network.’ 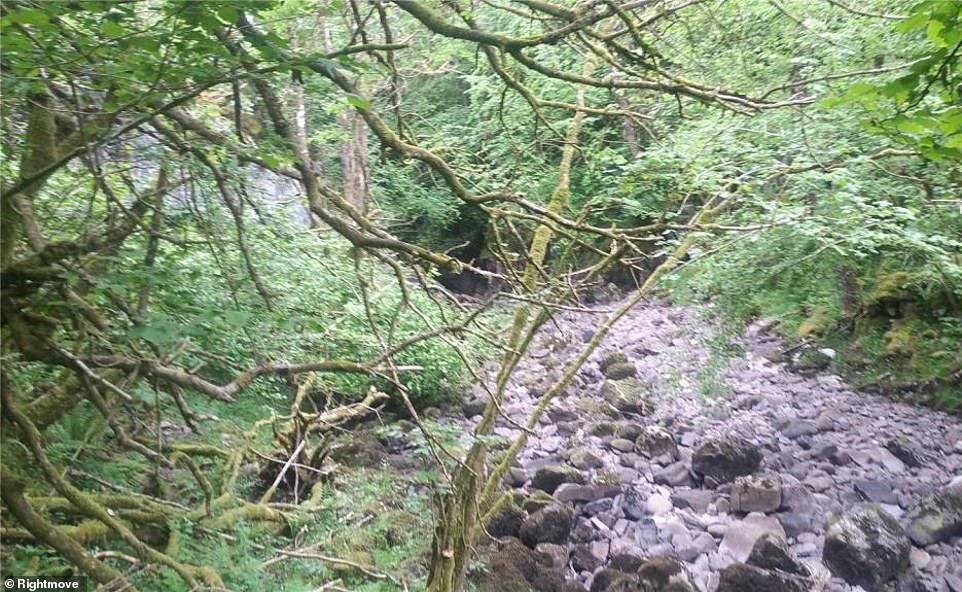 Ideal for caving fans: There are five caves on the site, including the White Lady cave and Little River Neath cave 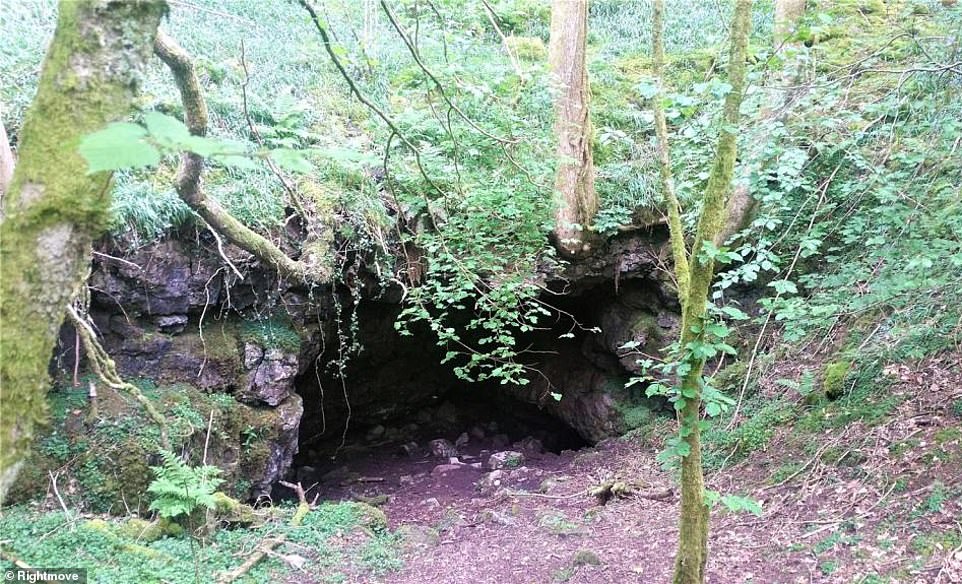 Quirky property: The caves are considered to be some of the most interesting in the country and are regularly used by cavers 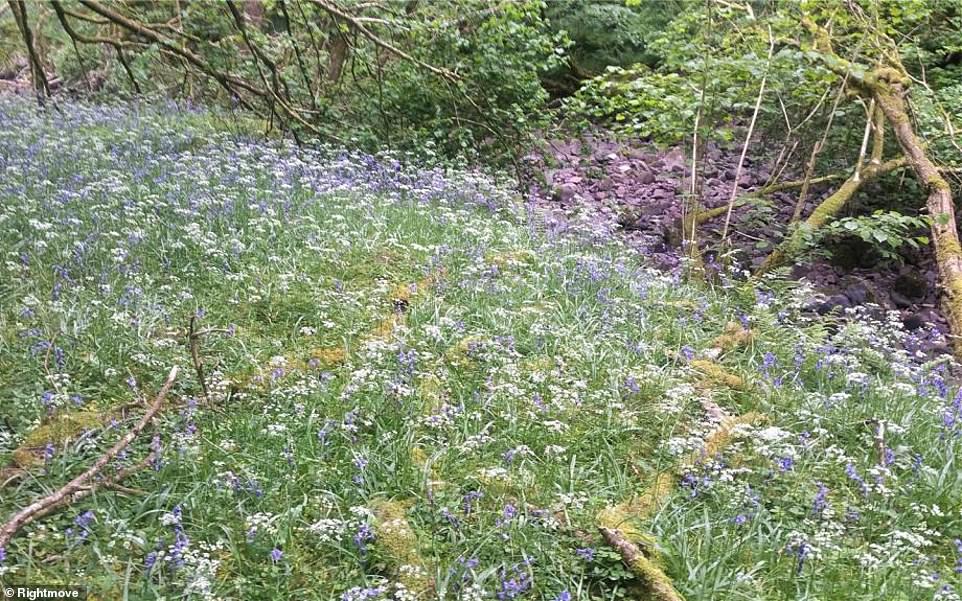 Escape to the countryside: The Welsh caves extend across 2.5 acres of pretty woodland in the Brecon Beacons

Simon Edwards, of McCartneys estate agents in Hay-on-Wye, said: ‘As you can imagine, the cave market isn’t always particularly buoyant, but we’re thrilled to have been instructed on this listing. The land is being sold by a local farmer, and while the area doesn’t have any planning consent, it’s a great place to explore and enjoy on foot.’

The caves are popular among caving clubs and have a large sporting significance.

Andy Freem, of the South Wales Caving Club, said: ‘These caves are a major international caving site, of huge scientific and sporting significance, and they date back around half a million years.

‘They’re formed of limestone and there are still many parts that are likely to develop which haven’t been explored yet.

‘It’s crucially important that the caves remain cared for, because their significance really can’t be understated.’ 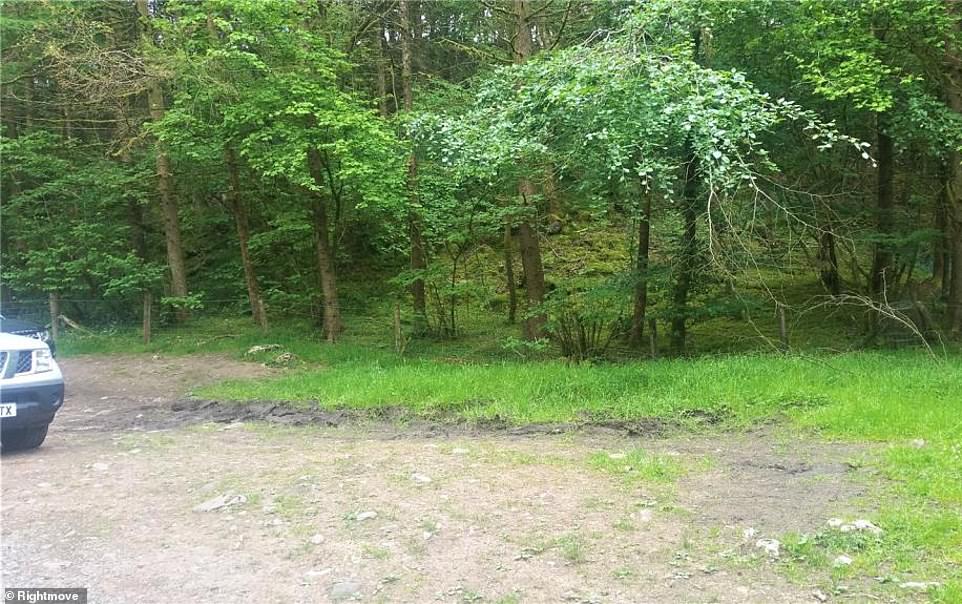 Getting there: There is good access to the Welsh caves and the property comes with a large parking area for visitors