After the gob smacking announcement that Rick Grimes (Andrew Lincoln) is down to his final two episodes on The Walking Dead, fans everywhere were left wondering: how does he go out? Eaten by zombies? Murdered by dissidents? Traded away to the mysterious folks in that eternally-hovering helicopter? 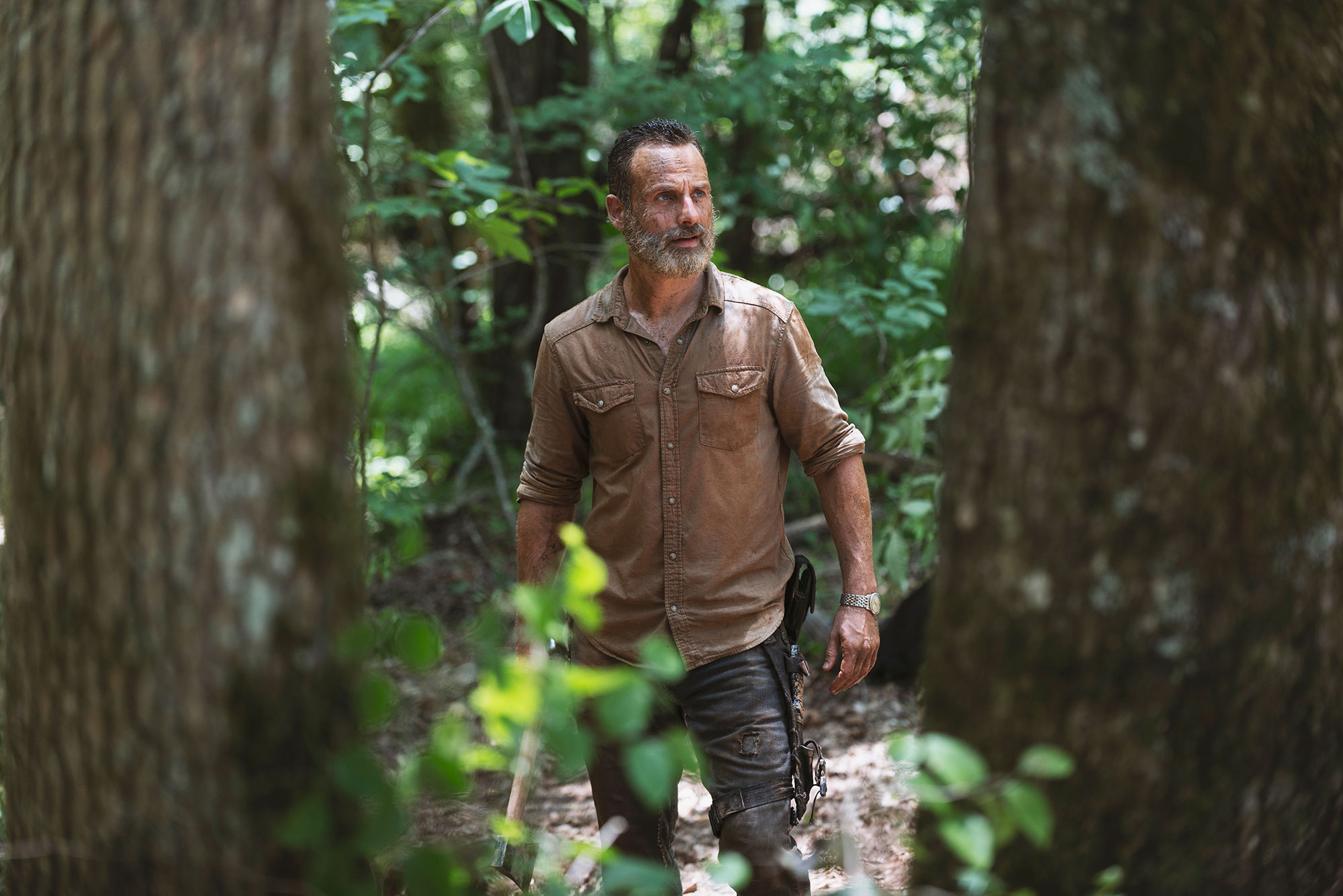 This week, on an episode titled “The Obliged,” we got approximately zero answers about all that — unless you count a cliffhanger that eliminates one possibility from the mix for sure. (True story: if you leave your hero facing imminent death in the final moments of one episode, the next episode has to feature him making a wildly improbable escape. Sorry, we don’t make the rules.) Here’s everything that happened as The Walking Dead prepares to say goodbye to its longtime hero.

Michonne’s on Deck
Community organizer by day, zombie slayer by night! Michonne (Danai Gurira) spent this episode reminding us that if Rick happened to not be around anymore, she’s got it under control. She even ran interference with Negan (Jeffrey Dean Morgan), who was refusing to eat unless someone came down to sit and talk with him. The conversation turned tense when Negan started asking about Michonne’s son and spouted one of those Bond-villain-esque lines he’s gotten so fond of during his incarceration: “We’re the same, and you can’t stand that we’re the same.” 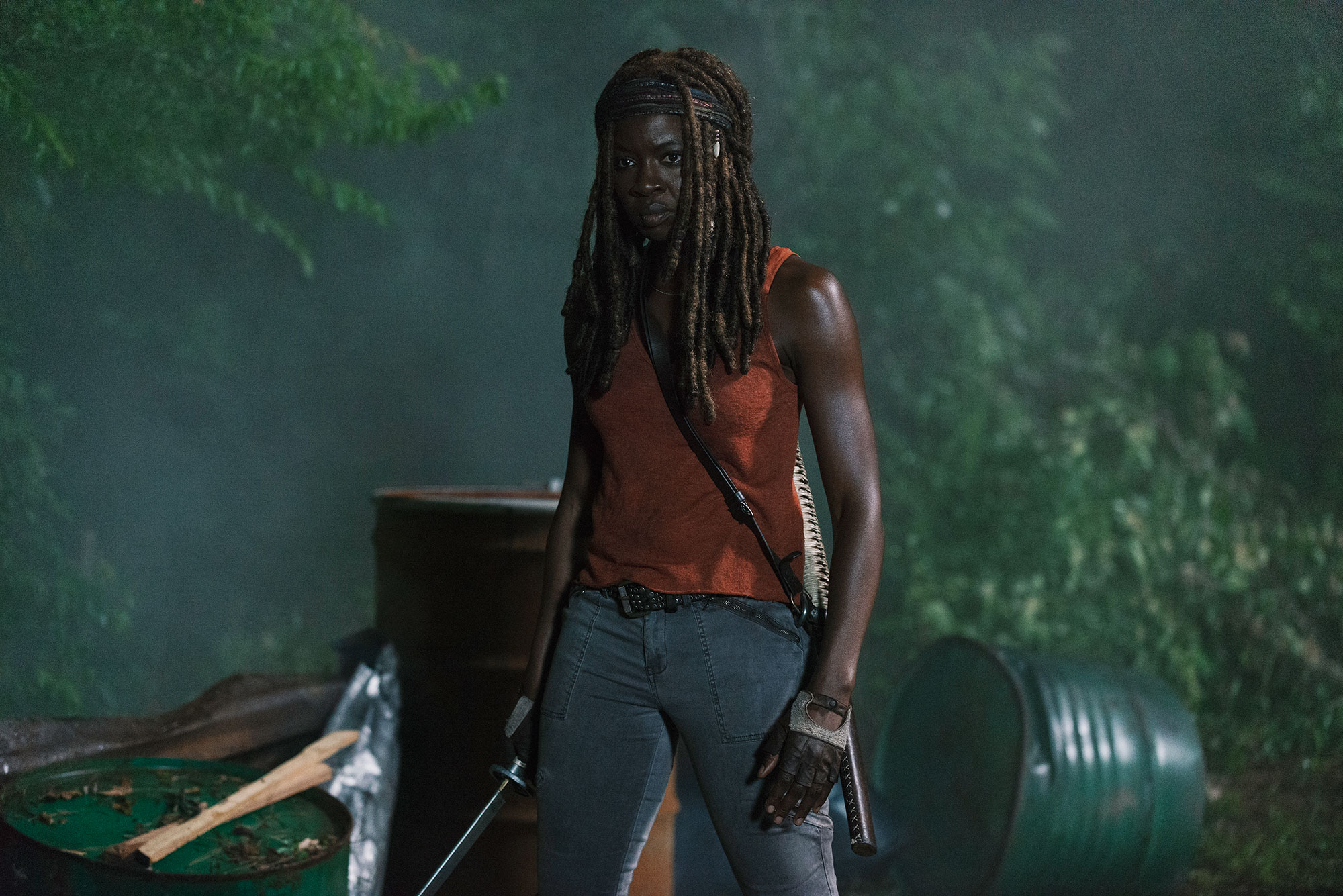 But Michonne saw through it, to Negan’s true (and pathetic) goal: All he wanted, the thing he was just desperate for, was to see his stupid murder bat again. Michonne gave him the bad news: the bat was long gone. And the last time we saw the Saviors’ fearless leader, he was banging his head violently against the wall out of heartbreak for old, lost Lucille.

The End of Junkyard Jadis

Things weren’t looking good for Gabriel (Seth Gilliam) when he first woke up after being knocked unconscious last episode by Jadis (Pollyanna Macintosh). Tied up and faced with his imminent death in the form of an armless, pearl necklace-wearing zombie wielded by his erstwhile girlfriend, Gabriel prepared to be bitten. But his last words — “I forgive you” — seemed to give Jadis second thoughts. So instead of killing him, she chloroformed him and vanished. Waking up with a goodbye note pinned to his jacket, Gabriel found himself abandoned amidst the garbage. Presumably, he’ll head back to Alexandria whenever he finishes ugly crying.

She’s been wanting to do it for ages, but now, the moment has arrived: Maggie (Lauren Cohan) left for Alexandria with the goal of killing Negan. Rick got word that she was coming and tried to leave the bridge camp to intercept her, but Daryl (Norman Reedus), in cahoots with Maggie, took him the wrong way home. A shoving match ensued, leading the men to fall down a hill and into a hole — where they had no choice but to work out their differences, particularly after the hole attracted a crowd of zombies. Back on the road, Rick sent Daryl to intercept Maggie while he took a conveniently-placed horse (an escapee from a riot at the bridge camp) and tried to draw the ravenous herd away. But when a second herd showed up, merging with the first, Rick’s horse freaked out and threw him… right onto a busted concrete slab with a bunch of rebar sticking out of it.

As Andrew Lincoln’s penultimate episode drew to a close, this is where we left our hero: barely conscious, surrounded by walkers, and fully (if not mortally) impaled on a metal pike from which he definitely can’t escape without help. But this ignominious, lonely end can’t possibly be how Rick Grimes dies … can it?

The Walking Dead airs on AMC Sundays at 9 p.m. ET.