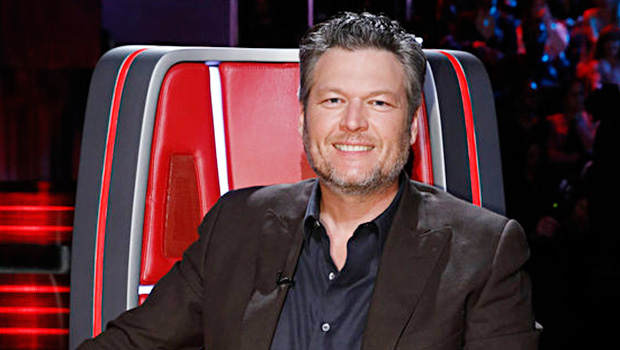 Team Blake’s Kirk Jay, Dave Fenley, and Chris Kroeze still have so much to learn from Blake Shelton. The trio revealed to HollywoodLife EXCLUSIVELY how they aspire to be like their coach and more!

Blake Shelton has three amazing singers left in The Voice season 15 — Kirk Jay, Dave Fenley, and Chris Kroeze. The three performers know they’ve struck gold when it comes to their coach and want to continue to grow by working with him. HollywoodLife spoke EXCLUSIVELY with the singers of Team Blake after the Dec. 3 show. “I think the best thing we can learn from Blake moving forward is how to operate on the next level,” Dave said. “What we have seen on this stage we have seen, but he plays bigger stages and bigger audiences, so to see how he transitions this career into that career would be the best thing!” Kirk noted that he wants to learn “how to play guitar” like Blake!

Blake performed his hit “Turnin’ Me On” during the top 10 performances show, and it was a classic Blake performance. “He is such a pro!” Dave added, “That man is so good. He actually brought some of his band members in who also joined us on stage which was really cool.”

The competition is more intense than ever. The top 10 will be narrowed down to the top 8. Dave performed a gorgeous rendition of “When You Say Nothing at All,” and he revealed how he taps into his emotions for his performances. “For me being a songwriter, I dive right into the song lyrics because to me that is what the story is all about so I try to connect with why the song was written in the first place and just relive it on stage!” David said. Chris admitted that he gravitates to “songs I can connect to my wife and kids somehow. That is always easy for me.” The Voice airs Mondays and Tuesdays at 8 p.m. on NBC.