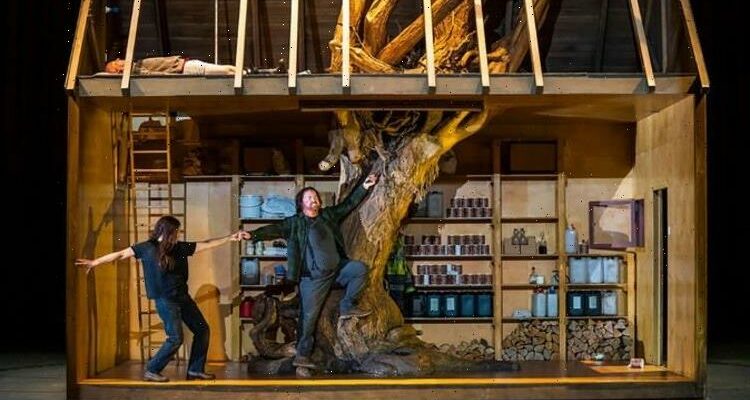 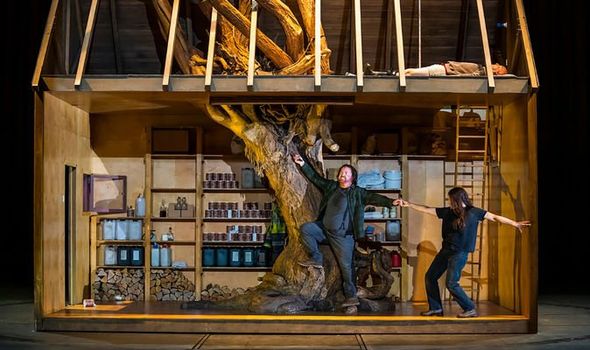 Despite having been suffering from a heavy cold all week, The English tenor Nicky Spence gave an excellent performance as the hero Siegmund, while soprano Emma Bell sang and acted the part of his twin sister gloriously, and the always reliable bass Brindley Sherratt was perfect as Sieglinde’s bullying and thuggish husband Hunding. These three got the opera off to a great start, which was maintained when Matthew Rose appeared as Wotan, leader of the Gods, being henpecked by his wife, Fricka, goddess of marriage, played by Susan Bickley.

Unfortunately, even goddesses catch colds and she had to act the part silently while it was beautifully sung offstage by Claire Barnett-Jones, who was later to appear as one of the Valkyries.

While all this fine singing and acting was going on, however, another aspect of the production was far less convincing: the costumes. Wagner’s Ring is a 19th century re-imagination of a magnificent Norse myth about gods and heroes and magic. It is the last thing one should even consider doing in modern dress, but that is what director Richard Jones decided on.

This reduced the characters from magnificent fantasy figures to something almost mundane, particularly with Siegmund and Wotan himself wearing shirts that could have been borrowed from Monty Python lumberjacks. As for Wotan’s stormtrooper daughters the Valkyries, their image as fearless warriors was not enhanced by their wearing some sort of waterproof multi-pocketed anoraks, while their trusty steeds looked too much like pantomime horses, especially when they were trying to dance.

Meanwhile, everyone’s favourite Valkyrie, Brünnhilde, sung beautifully by Rachel Nicholls, wears a costume that looks like a cross between the Bayeux tapestry and a Tommy Hilfiger pyjama suit, with her name proudly displayed up the side.

What is happening where you live? Find out by adding your postcode or visit InYourArea

Finally, I must mention Wagner’s magnificent music, which comes in huge waves that carry the audience through this epic, never pausing even to let them applaud other than at the end of the acts. With the ENO’s music director Martyn Brabbins conducting their always excellent orchestra this never quite attained the magnificence one might have expected. Even the usually inspiring Ride of the Valkyries seemed to lack excitement and spontaneity.

The ENO presumably chose to begin their Ring Cycle with The Valkyrie because it is the most eventful and absorbing of Wagner’s four-part epic, even though it forms the second part of the story. Next year, The Valkyrie will be repeated together with The Rhinegold (which is normally Part One), and the final parts will be performed in the two following years. For such an epic undertaking, I found this Valkyrie sadly disappointing.