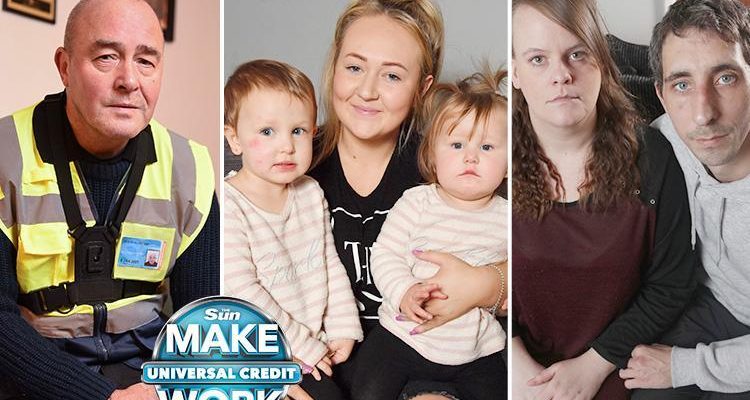 HUNDREDS of thousands of hard-working families are being forced into poverty due to the shambolic roll-out of Universal Credit.

Today, The Sun launches its Make Universal Credit Work campaign, demanding that the government acts now to fix its flagship welfare reform – before it’s too late. 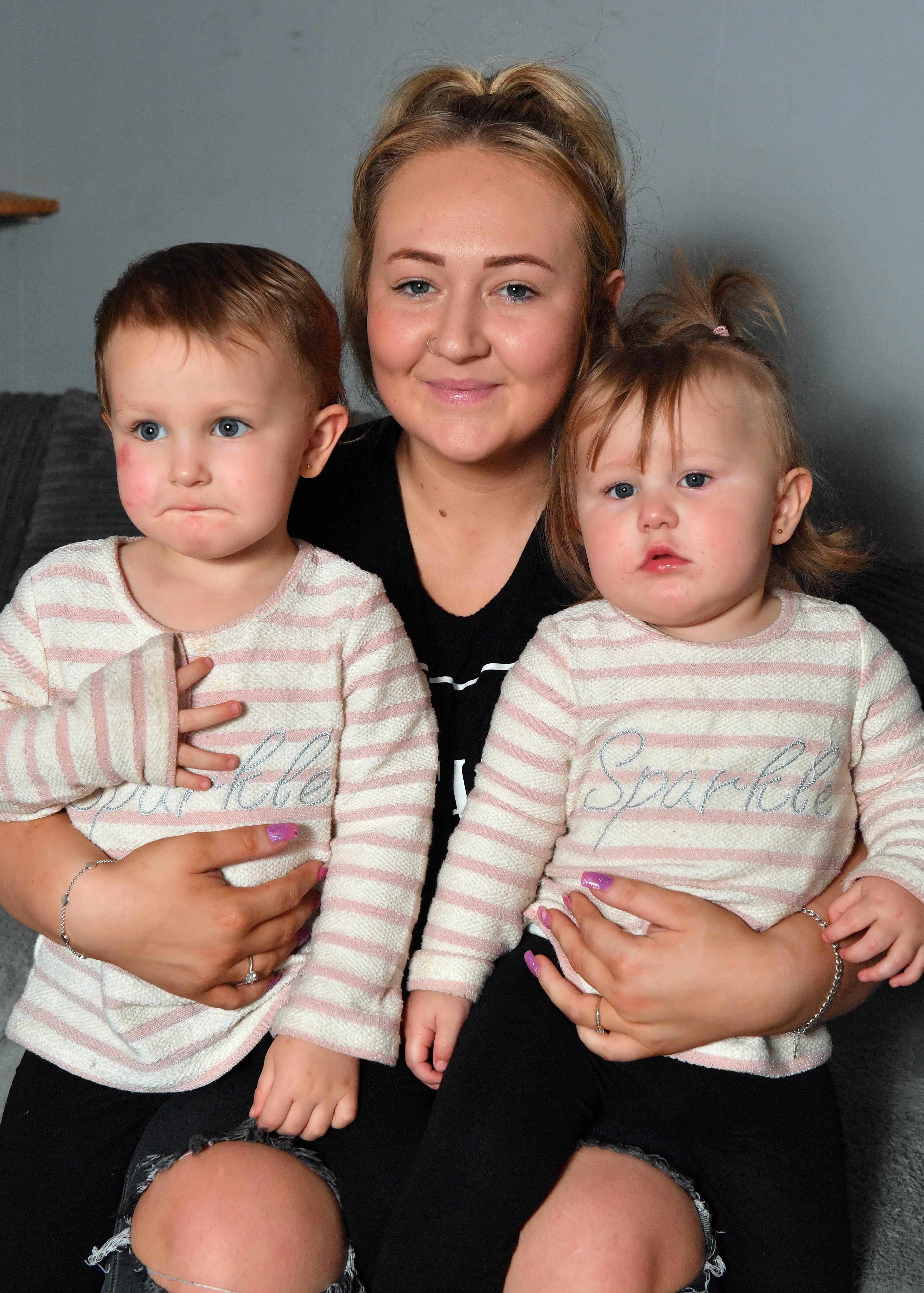 We support the new benefits system. It’s far simpler than the one it replaces and, crucially, it should incentivise work – but there are big problems and many families are being stripped of hard-earned cash through no fault of their own.

It takes at least five weeks for people to get their first payment – and in the meantime many are left without money to pay their bills, get to work or even eat.
This is the situation 62-year-old Stephen Daniels found himself in when he had to leave his job due to ill-health, racking up £850 in debt during the eight weeks he was waiting for his payment.

Are you on Universal Credit. Tell us your story! Email us: [email protected]

Even though advance payments are available, claimants they are not enough and people are being forced to turn to payday lenders to meet essential bills like heating and Council Tax.

While working families can claim up to 85 per cent of childcare costs, they have to find the money upfront and then claim it back, and some parents have been kept waiting up to six months to be reimbursed.

This new system cost single mum Elise Waugh's children Darcy, 2, and one-year-old Lexi their nursery places – when she was unable to foot the bill upfront they were thrown out. 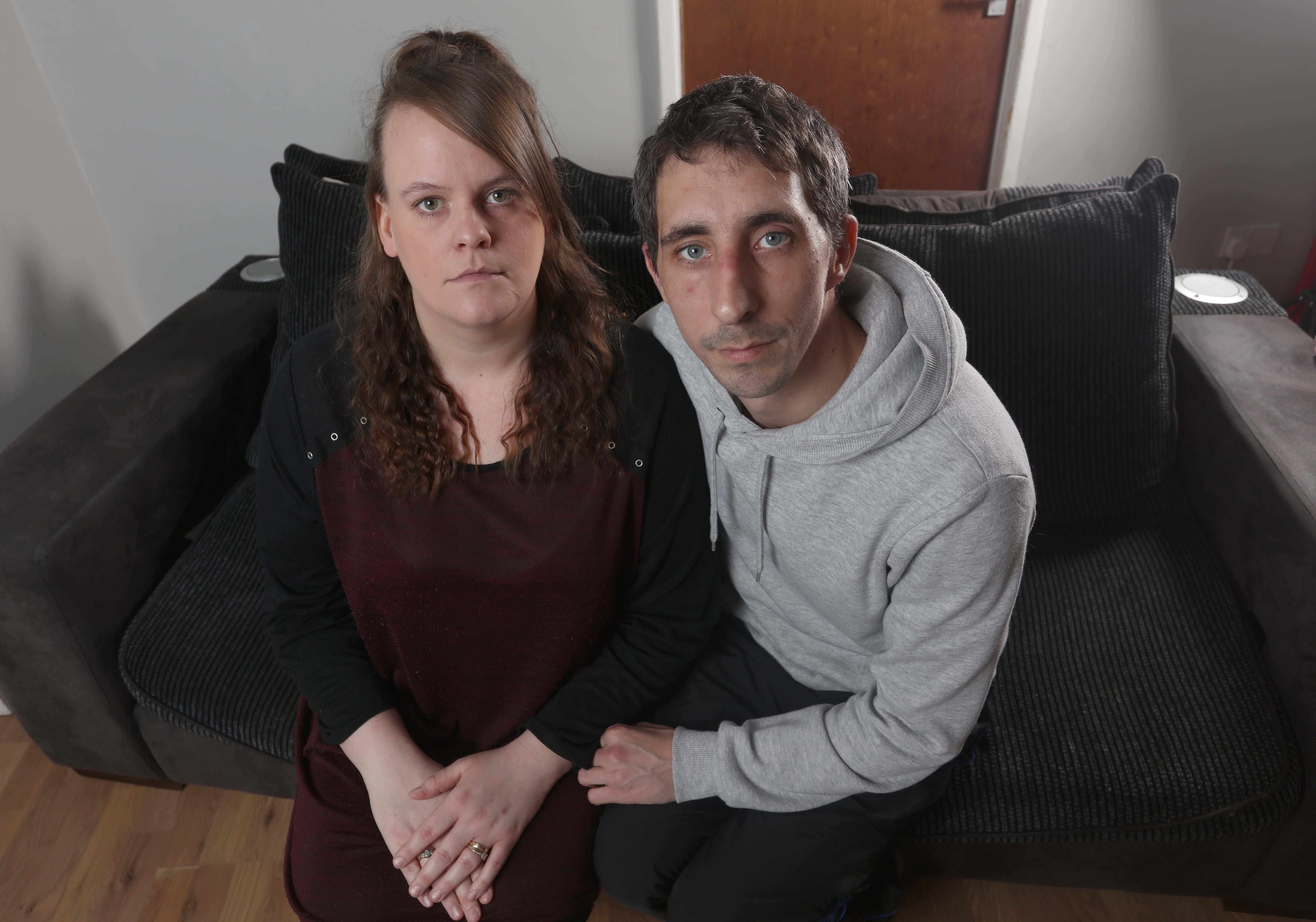 Working parents have turned down better paid jobs or extra work because every 63p from every £1 they earn over a certain amount is deducted from their Universal Credit entitlement.

The government must act NOW to fix these problems, here’s what we demand:

Our calls have been supported by campaigners, debt charities and top MPs including Ian Duncan Smith, Damian Green and Frank Field.

Industry experts have said our demands are "spot on" and urged ministers to act.

Work and Pensions Secretary Amber Rudd admitted to The Sun there are "problems" with the current system and said she is "committed to tackling those issues".

She said: "We need to build on what Universal Credit already delivers, ensuring that we do even more to look after families and claimants who need us.
"And I very much welcome the input of Sun readers as I do this."

Mum-of-one Kirsty Snape says she has been forced to pawn furniture, two cars and sentimental jewellery just to buy food since moving onto Universal Credit in December last year.

Kirsty, 28, and her husband Dale, 31, receive around £1,000 a month in Universal Credit to cover their rent, bills, food and extras, but say it's not enough to make ends meet.

They are now crippled with £10,000 debt after taking out seven payday loans and falling behind on rent and bills.

The couple, who live in Doncaster with their one-year-old daughter, Lydia, had to go onto Universal Credit when they moved house.

They say that because Dale works variable hours as a HGV driver the family never know how much they'll receive in Universal Credit payments until a few days before. 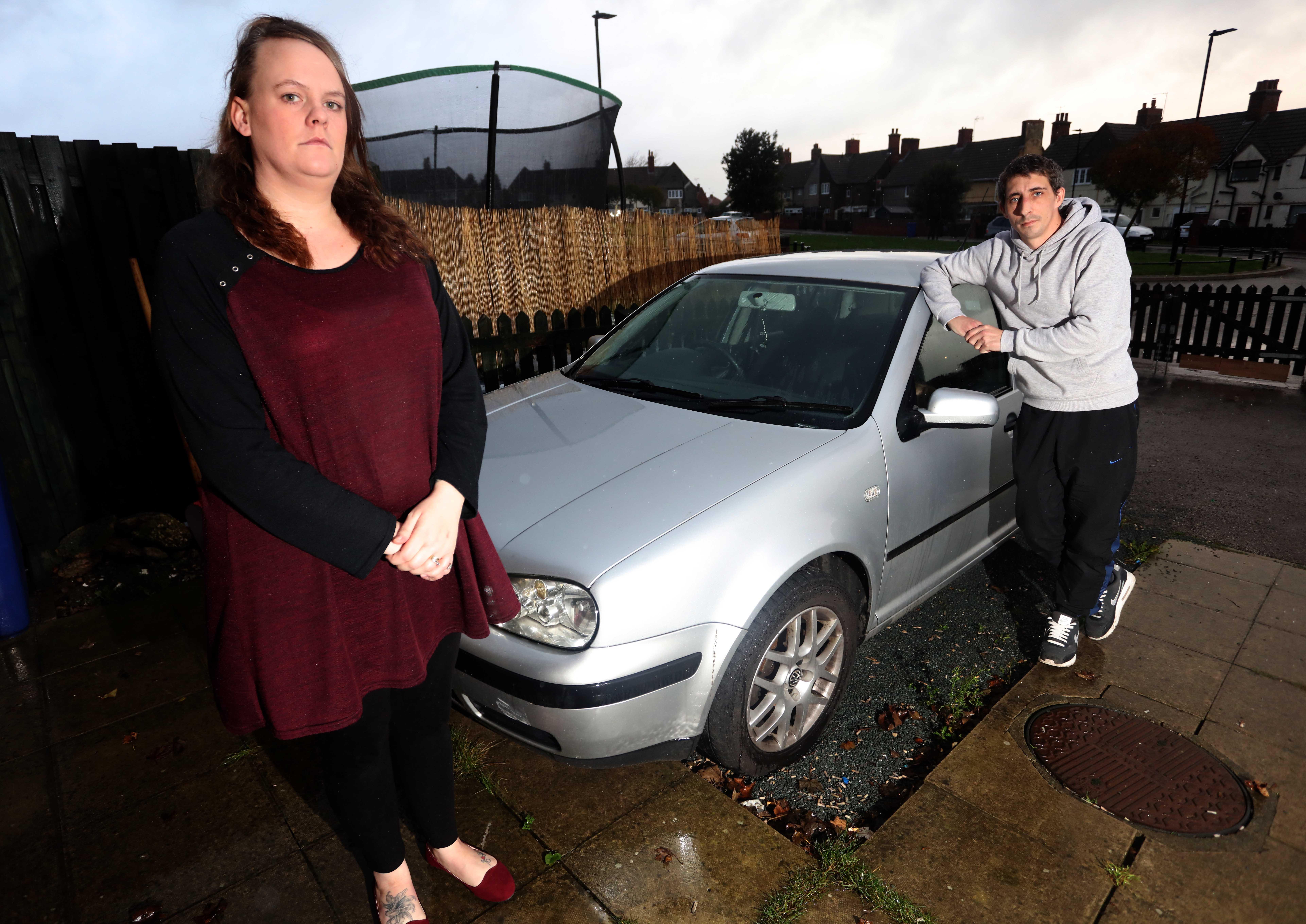 Kirsty was given a £500 advance to tide her over during the six week wait for her first Universal Credit payment, but this wasn't enough to cover her bills, and the pair were forced to sell their possessions – including pawning a necklace belonging to Dale’s late father for just £80.

"It made us feel so humiliated, worthless," said Kirsty. “Having worked so hard for everything only then to lose it because of Universal Credit, it’s very damaging to a human being.

"He’s had to sell special stuff which has a huge sentimental value. It’s awful, but he has to feed his daughter. It’s those kinds of sacrifices we’re having to make."

The family also feel penalised by Universal Credit's sharp taper rate, and say they are being punished for trying to work harder.

If Dale is lucky enough to secure more shifts than usual in a month then the family's Universal Credit payment is taxed at a rate of 63 pence per pound.

After selling her belongings Kirsty was forced to turn to payday lenders, taking out seven payday loans – which charge up to 500 per cent APR –  on which she now owes £2,800.

“It’s making people vulnerable, knowing they have to wait a certain number of weeks to get a payment," she said. "People will turn to drugs, prostitution, loan sharks."

What to do if you have problems claiming Universal Credit

IF you're experiencing trouble applying for your Universal Credit, or the payments just don't cover costs, here are your options:

Apply for an advance – Claimants are able to get some cash within five days rather than waiting weeks for their first payment. But it's a loan which means the repayments will be automatically deducted from your future Universal Credit pay out.

Alternative Payment Arrangements– If you're falling behind on rent, you or your landlord may be able to apply for an APA which will get your payment sent directly to your landlord. You might also be able to change your payments to get them more frequently, or you can split the payments if you're part of a couple.

Budgeting Advance – You may be able to get help from the government to help with emergency household costs of up to £348 if you're single, £464 if you're part of a couple or £812 if you have children. These are only in cases like your cooker breaking down or for help getting a job. You'll have to repay the advance through your regular Universal Credit payments. You'll still have to repay the loan, even if you stop claiming for Universal Credit.

Foodbanks – If you're really hard up and struggling to buy food and toiletries, you can find your local foodbank who will provide you with help for free. You can find your nearest one on the Trussel Trust website.

She can’t afford presents for their daughter at Christmas this year and said they will be lucky to have heating and light on Christmas Day.

“If I don’t have the money for gas and electric, I don’t top it up," she said "It’s more important to have a meal for my daughter.”

Pregnant mum-of-two Elise Waugh almost lost her job and ended up in £3,000 debt after having to pay for her childcare upfront under new Universal Credit rules.

In February single mum Elise, 22, who lives near Manchester, was rolled onto the controversial benefits system.

Immediately her £470 Child Tax Credit weekly payments were stopped, leaving Elise, who earns £620 a month as a support worker, unable to pay nursery bills for 1-year-old Lexey and Darcy, 2.

Previously the government had covered around 70 per cent of her £700 a week childcare bills, paying this sum directly to the nursery. 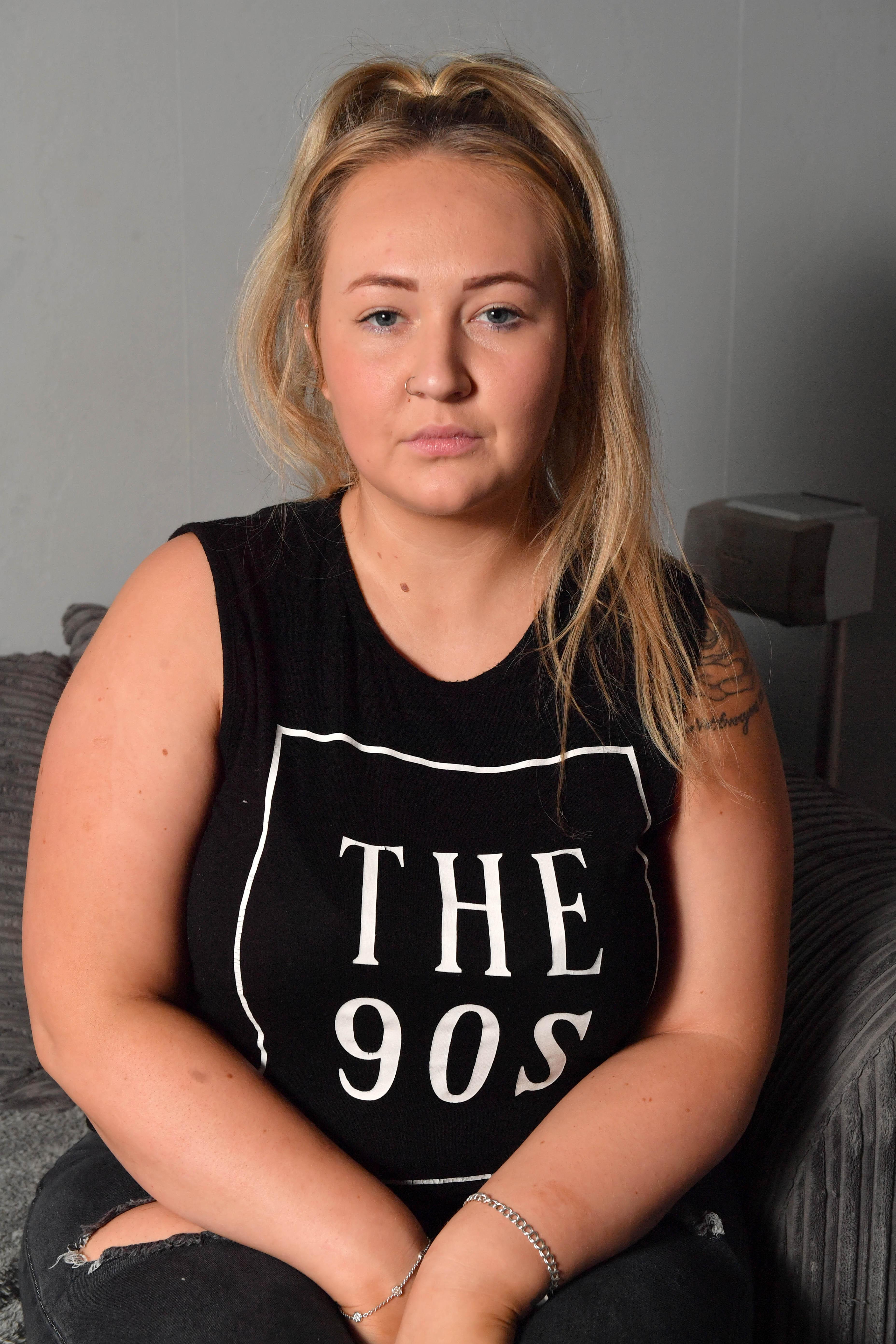 Elise, who is currently pregnant with her third child, was able to pay the weekly shortfall of £230 out of her monthly £620 salary.

Under the new system parents are able to claim back up to 85 per cent of childcare costs – but they must do this in arrears, meaning they need the cash up front to pay the nursery bills.

Elise struggled to find the money to pay for her daughters' childcare, and when she failed to pay her bills in August, Lexey and Darcy lost their nursery places.

WHERE TO GET HELP WITH DEBT

If you, or anyone you know, needs help dealing with debt, the following organisations provide support.

"I was devastated. Lexey in particular was so settled and really enjoyed going to nursery," said Elise. “Now they are at home all the time, missing out, missing their friends. It's awful, I feel so sad for them.

"Not being able to cover childcare costs almost cost me my job as I had to ring work on several occasions to let them know I wouldn’t be coming in because I couldn’t find someone to look after the girls.

"They always need to have two members of staff on site, so me calling in to say I couldn’t work caused major disruption".
"I’ve really struggled to keep it together, but I have to for the girls.

"You wouldn’t believe how bad this so-called benefits system can make you feel".

In August, the 62-year-old father of three, from Ebbw Vale in Gwent, left his £1,200-a-month job in at a battery factory after chemicals he worked with aggravated his asthma. 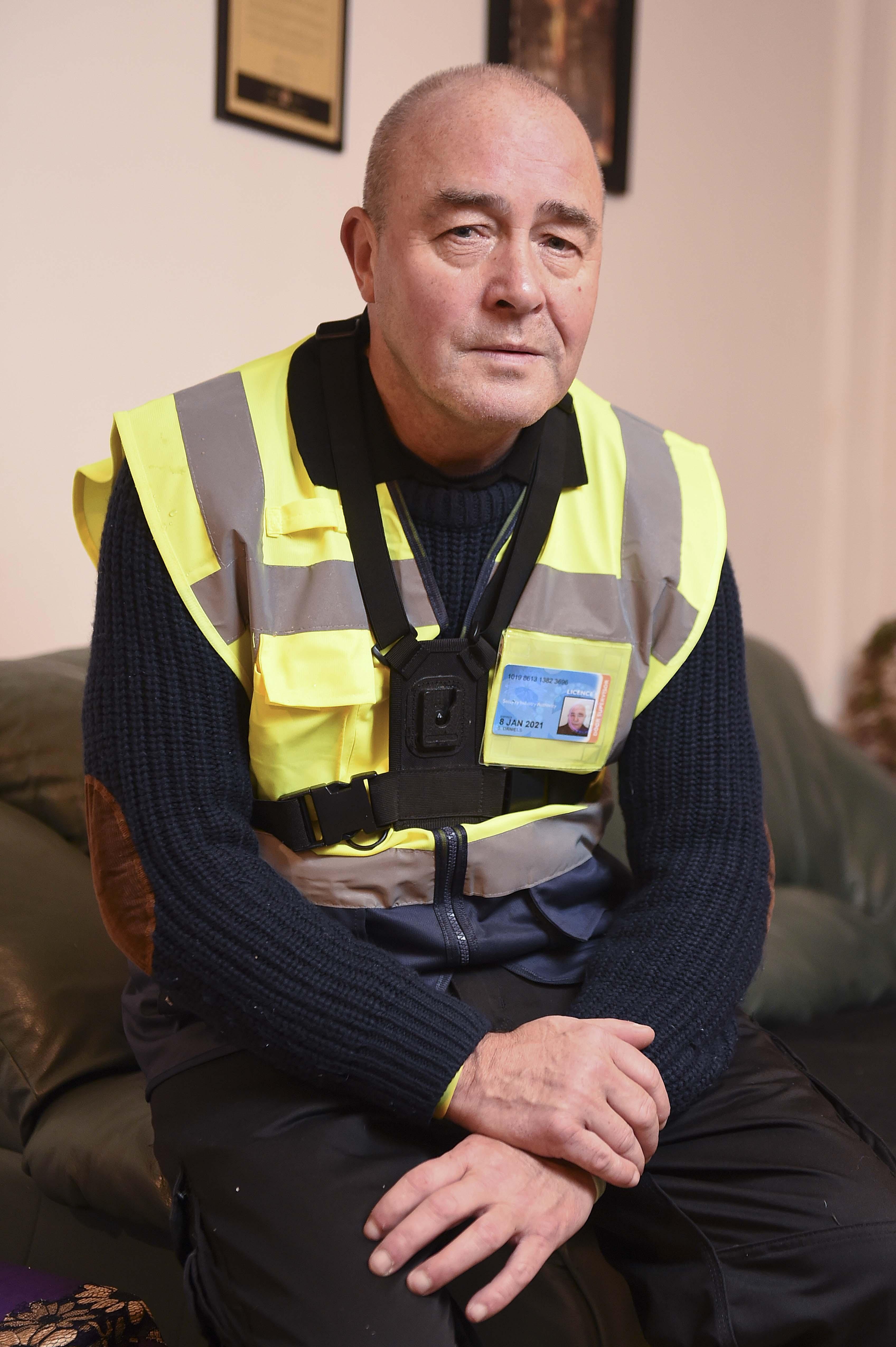 "It’s an absolute nightmare," Stephen told The Sun. “Finding yourself unemployed after a lifetime of working is so hurtful and demoralising."

Stephen received a £300 Universal Credit advance to help tide him over during the eight weeks he was waiting for his first payment, but found the cash quickly ran out.

By the time the first payment was received in October, Stephen had racked up £850 in credit card debt.

While his £506-a-month mortgage repayments have been covered by his mortgage insurance policy, he has just £2.59 a day to live off after bills. 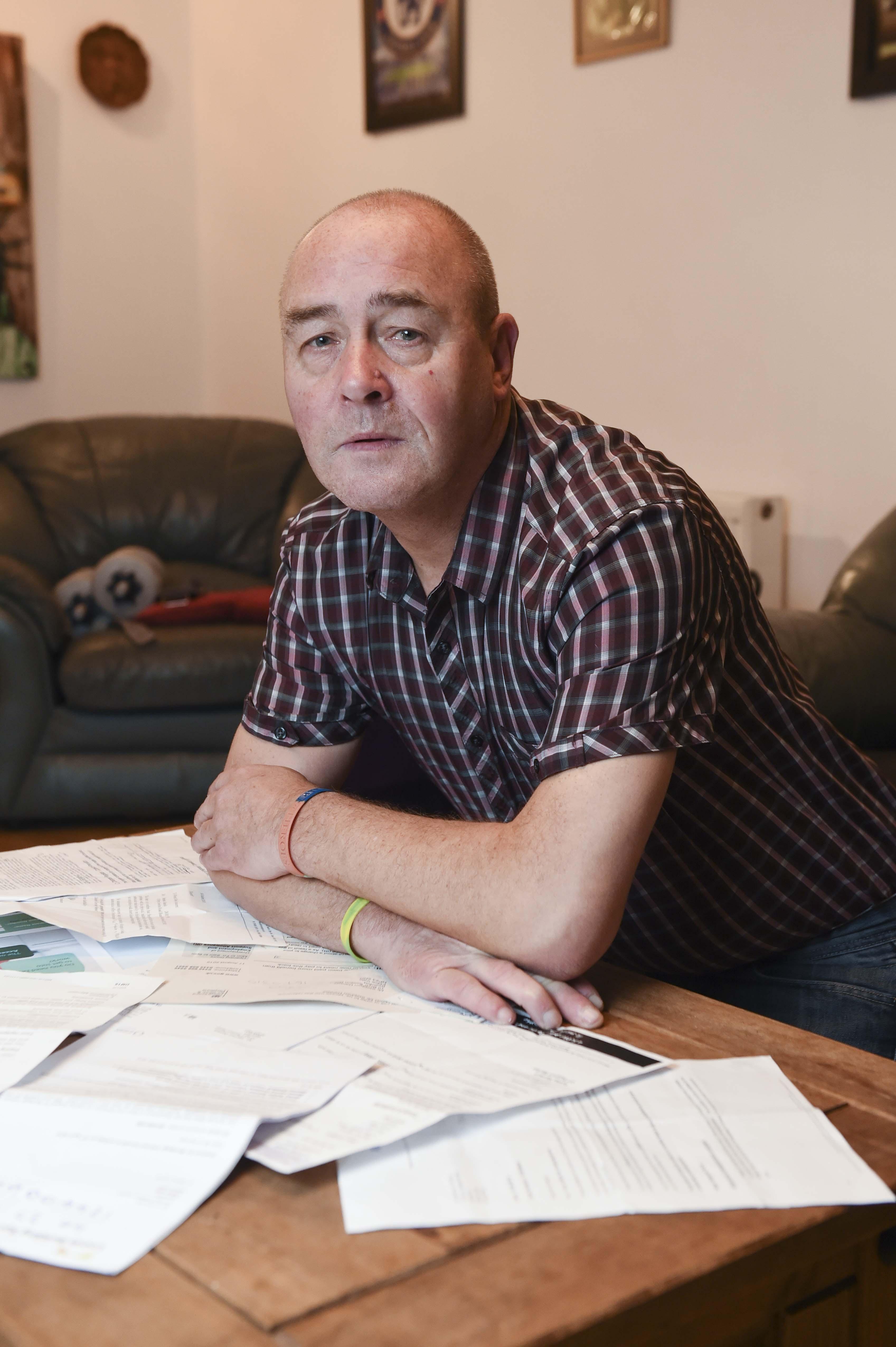 "To be honest, I’m struggling to get by, and without a job things will only get worse.

"It can get very cold in the Valleys so I expect my fuel bill to start rising, meaning I’ll have even less to live on.

"As it is, I’ve been forced to visit a food bank and will do so again, although whether I get anything is another matter. They may turn me down, who knows? It’s just so horrible."

Stephen, who is divorced with three grown-up children, is looking for work but says poor transport links mean he has no way of getting to job interviews.

He tried to get a loan for a motorbike but was turned down by the DWP.

He added: “I’ve not gone for dozens of jobs that I’m sure I’d walk into because I physically can’t get to the workplace."

What is Universal Credit and who does it affect?

Universal Credit is a new welfare scheme designed to wrap a number of benefits into a single monthly payment.

Whether you can claim Universal Credit depends on where you live and your circumstances.

Currently, Universal Credit is mainly claimed by the unemployed, or those on a low income.

If you're already on benefits, you don't need to apply for Universal Credit unless your circumstances change or you're told to by the DWP.

"The DWP said they couldn’t help me, can you believe that? They won’t give me the means to get a job, but they’ll give me money to get training when I already have the necessary qualifications. It’s madness.

"I could be in work now and not claiming benefits if it wasn’t for the DWP.

"Instead, I’ve got two weeks until my next Universal Credit payment, less than £40 left and no food at home.”

A DWP spokesperson told The Sun in regards to the cases we’ve featured that budgeting support is available to people who are not comfortable managing their money.

A spokesperson added: “Jobcentre staff have supported Mrs Snape with her claim by deferring her advance repayments, paying her Universal Credit more frequently and paying her rent directly to her landlord.”

"Ms Waugh’s childcare payments were paid and backdated once the correct information was provided.

"Ms Waugh was asked to provide the information several times over 6 months.

"Mr Daniels has received all benefit payments correctly and on time – he was paid an advance within a day of signing his Claimant Commitment."