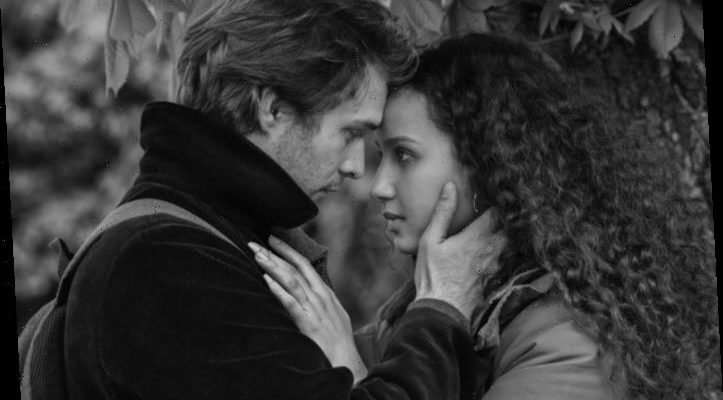 Handsome twentysomething Luc is a trainee joiner, a craft inherited from his doting single dad: a man at once proud of his son’s continuation of their trade, and hopeful that he’ll do something greater with it. When Luc asks his father if he ever wanted to design furniture rather than simply build it, the reply is simple and resigned: “It’s all been done already.” Six decades and 28 features into his career, French writer-director Philippe Garrel seems to be saying something similar with his latest, “The Salt of Tears”: A minor romantic roundelay that deviates little from the essential template of his last three films, it’s very much the work of an artist less preoccupied with innovation than with signature craftsmanship.

Which is not to say “The Salt of Tears,” even within its narrow bracket of ambition, is an especially careful or well-turned example of Garrel’s form. A would-be modern Don Juan story, marked thoughout by sloppy quick-sketch characterization, stilted dialogue and risibly dated gender politics, it’s an exercise only for the most forgiving of Garrel acolytes — who should revel in its warm, tactile B&W lensing and throwback air of mournful romanticism, but would still be hard pressed to describe the whole as essential. The status upgrade of a Berlinale competition slot, meanwhile, does little to flatter the film’s modest scope and inert execution; an honorary sidebar selection would place less pressure on the simple merits of its pretty compositions and prettier faces. Distributors will pay their respects in equal numbers to the last few Garrel diversions.

A new filmmaker, of course, would never get such a spotlight for an equivalent trifle, but then it’s hard to imagine a new filmmaker making “The Salt of Tears” at all. Though it’s ostensibly set in 2019, Garrel’s gaggle of young lovers don’t resemble any Nineties babies you might have met: They send each other postcards rather than texts, they go out dancing to anemic acoustic pop, they solicit prostitutes and enthuse afterwards, “Nothing replaces whores!” (Perhaps they occupy a parallel universe with Gatsby Welles, the prodigiously antiquated youth of Woody Allen’s recent, similarly out-of-time “A Rainy Day in New York.”)

The film’s time-warp quality is perhaps not wholly accidental: For those on his wavelength, Garrel’s Sixties nouvelle vague gloss on modern youth is integral to the film’s charm. From its introductory meet-cute, as provincial lothario Luc (Logann Antuofermo, making his screen debut) chats up pure-hearted ingenue Djemila (Oulaya Amamra) at a Parisian bus stop, “The Salt of Tears” appears openly nostalgic for an era when romantic sparks had to strike through chance encounters rather than dating apps. In town a few days to interview for a place at the country’s top joinery academy, Luc enjoys a brief, passionate dalliance with Djemila before heading back to the sticks, having made open-ended promises of an eventual reunion. Back home, however, he rekindles his relationship with clingy ex Genevieve (Louise Chevillotte), stoking both romantic fires until Genevieve’s unexpected pregnancy announcement forces a decision.

If you expect Luc to be anything more than a feckless, floppy-haired manchild about this, you must be pretty new to the cinema of Philippe Garrel: His script, co-written with the estimable Jean-Claude Carrière and Arlette Langmann, is duly critical of the male libido’s cruelty and flighty selfishness. But at least it has any kind of angle on Luc at all: Each of the female characters here is a wan, dewy-eyed prop defined entirely by her toxic relationship to our blankly alluring anti-hero. “I won’t go without you, you’re all that matters,” Genevieve earnestly tells him at one point; even more improbably, she later says, “You were talking about your joinery, and it was all I could think of.” Carrière, in particular, has certainly had finer hours than this one.

At a push, you could argue that the script is keyed in to Luc’s blinkered narcissism, though that hardly seems an excuse to write multiple prominent female characters as his own hazy blind spots — particularly with actors as good as Amamra (a deserved Cesar winner for her blazing breakout in “Divines”) and Chevillotte (“Synonyms,” Garrel’s own “Lovers for a Day”) at your disposal. Meanwhile, the father-son relationship seemingly intended as the heart of the drama plays out in equally vague, faint strokes, despite André Wilms’ reliably affecting presence as Luc’s frail, fretful pa.

Plucked from the acting class Garrel teaches at Paris’ CNSAD drama academy, Antuofermo has an appealingly rakish presence, but isn’t often called upon to do much more than look the part — which, between DP Renato Berta’s woozy, soft-lit monochrome compositions and costume designer Justine Pearce’s chic workwear, amounts to a lightly contemporary channelling of Antoine Doinel and James Dean, minus the more specific angst of either. It’s all been done already, after all.

'The Salt of Tears': Film Review