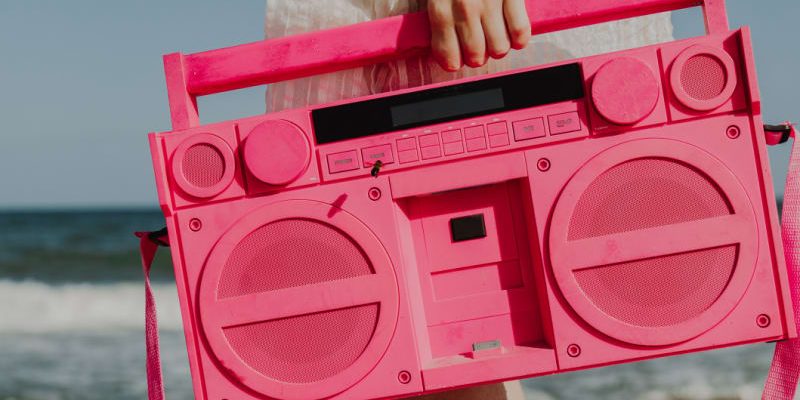 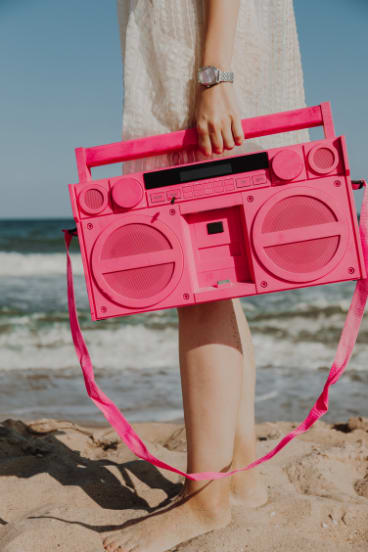 When does your right to read a book at the beach trump another’s right to turn the sand into a nightclub?Credit:Shutterstock

It’s a sweltering summer’s day and I’ve just arrived at my local outdoor swimming pool. I find a patch of grass under a tree, lay down my towel and settle in for a relaxing afternoon.

I’m two pages into my book when it starts. A thumping bass fills the air as music best described as "angry noise" erupts with full force.

Three young men in the water are nodding their heads to the beat coming from a portable speaker by the edge of the pool.

Everyone looks irritated and uncomfortable at the intrusion but nobody says anything. Weathering the glares of their fellow swimmers, the men grin and turn the volume up.

I approach the lifeguard. She says amplified music is permitted unless there’s a complaint about offensive language. I point out that we’re currently being subjected to lyrics littered with words like "b—-es" and the "n" word, at a pool full of kids on school holidays.

She asks the men to turn it down but they refuse. Only when a male lifeguard intervenes do they comply, but not before complaining about their “rights” being curtailed.

But where does their right to play obnoxiously loud R&B bangers end and my right to peaceful contemplation begin?

Advancing digital technology may have opened up new windows for creative expression but, for some, it seems to have marked an end to basic manners.

During the summer months, the tension in how we occupy our shared public spaces is particularly acute.

My recent experience was just one of many occasions where I’ve been forced to listen to a soundtrack I did not choose: the more time I spend outdoors, the more it feels like I’m being besieged by noise intrusion in ways that were previously unimaginable.

Since when was it socially acceptable to blast out nightclub anthems at the beach? Or fly a noisy drone with its incessant, high-pitched buzzing through the tranquil canopy of a national park?

Just because you got state-of-the-art Bluetooth speakers for Christmas doesn’t mean you have a free pass to play music at full bore, giving a two-fingered salute to everyone who shares the space with you.

It’s the same lack of self-awareness that has seen a growing number of public transport commuters blissfully watch movies, play electronic games or FaceTime friends without feeling the need to use headphones.

The background noise of other people’s devices has become an ever-present part of 21st century living. But how much noise is too much noise? And who gets to draw the line?

There is no easy solution. A ban on portable speakers or drones in public places would be an overly punitive measure, for which there appears to be no appetite.

Speaking to swimming pools in my area revealed most have open door policies for amplified music, with the caveat that it should be played at a volume that does not annoy other patrons.

The soaring popularity of portable speakers has coincided with a surge in sales for noise-cancelling headphones, suggesting there are just as many people who forgo quiet as those who seek it out.

Perhaps I have to accept that this gradual shift from private to public is a tide that can’t be turned back in our “always on” culture.

A report into cell phone etiquette from the Pew Research Centre found that young people aged 18 to 29 have far more relaxed views on when it is acceptable to use their mobile phone than their parents and grandparents.

Ninety per cent felt it was fine to have personal conversations on public transport compared to just over half of those aged 65 and over.

Maybe, like Grandpa Simpson, I am the proverbial old man yelling at a cloud.

By championing the sanctity of silence in an age of digital distraction it feels like I’m trying to navigate a horse and cart down a five-lane freeway.

But I will keep trying. Because quiet is so important. It’s rejuvenating and calming and good for the soul.

And while music can be joyous and uplifting, being plugged in 24-7 is not healthy for any of us.

Without quiet spaces, creativity is stifled; there can be no inner stillness, no time to reflect and regroup. We need quiet to thrive.

So, please, if you must use those flash new speakers or fly that drone at the pool, the beach or the park, perhaps you could look around and consider those who share the space with you.

And then, if you wouldn’t mind, turn the volume down just a tad.

Jill Stark is a journalist and author of Happy Never After: Why The Happiness Fairytale Is Driving Us Mad (And How I Flipped The Script)