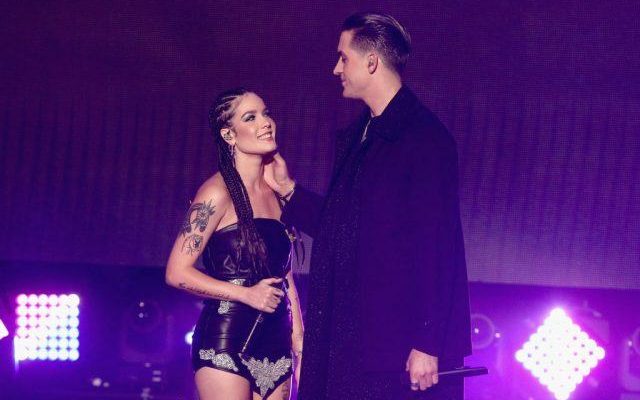 The breakup of Halsey and G-Eazy has been an emotionally draining rollercoaster.

Fans fell in love with this couple and their obvious affection towards one another. They believed that this relationship was heading in the right direction, but that dream came to a screeching halt when Halsey and G-Eazy announced their split (twice).

What exactly went wrong between this the two lovebirds?

If you have been following pop culture news, you would know that iconic musical duo Halsey and G-Eazy have broken up.

The couple had been dating for more than a year and looked to be pretty inseparable. Always seen walking red carpets together and being caught going on dates by paparazzi, Halsey and G-Eazy looked to have found a special type of love many of us long for.

The couple even partnered up and recorded their duet “Him & I”, which was a chart-topping hit.

Halsey and G-Eazy were the power couple fans longed for and their relationship was just too cute to handle!

Halsey revealed at the 2018 Billboard Awards, “He really wanted to hang out and really wanted me to like him a lot,” she explained. “It took me a while to be like, ‘Fine. OK I like you back.’ I’m glad I did. I got bamboozled though a little bit, I think I got tricked into it.”

Just by that comment, it was obvious that these two were perfect for one another.

“She’s a queen. I think the world of her for real,” he explained, while discussing what their “Him & I” collaboration meant to him. “And to get to share a song like this with the person I’m actually in love with and the person that I’m actually dating is dope.”

If that doesn’t sound like true love then I don’t know what does.

The couple broke our hearts by calling it quits

Unfortunately this past summer, the couple revealed that they have decided to go their separate ways.

Halsey revealed the news of the split on her Instagram story and by the looks of it, there is no hope of this couple ever getting back together in the near future.

The singer wrote on her Instagram, “I normally keep this kind of thing private but provided our public nature I feel the need to inform my fans. G-Eazy and I are taking some time apart. I’m eager to continue the upcoming passage of time dedicating myself to my art and my career, and the duration of my tour. I wish him the best. Thanks for respecting our privacy at this time.”

Excuse me while I cry my eyes out in the corner.

Since revealing the heartbreaking news, news reports have found that the breakup had more to do with the demanding work schedules and the struggles of balancing a relationship on top of many work responsibilities.

Many fans believe that the breakup had to do with G-Eazy cheating on Halsey but that has yet to be confirmed.

Since their breakup, Halsey and G-Eazy have been spotted together during multiple instances. There were even rumors that the couple had gotten back together but they two have remained single and are currently just friends.

It’s always the worst when you tow people are perfect for one another and then news of their breakup just shatters your heart into a million pieces.

Hopefully, the two will get back together in the near future, until then, we’ll just re-live the good times when Halsey and G-Eazy was the definition of ‘relationship goals’.