When Project Runway returns for another season, things are going to look a little different. Gone are the familiar faces of Heidi Klum, Tim Gunn, and Zac Posen, who have all become nearly synonymous with the show. But the new Project Runway Season 17 judges will do their best to fill the void, and you definitely already know who many of them are.

Karlie Kloss has taken over for Klum as the series’ host. Whether from her modeling career, her friendship with Taylor Swift, her nonprofit that supports coding camps for girls, or her marriage to Ivanka Trump’s brother-in-law, Josh Kushner, you’ve heard Kloss’ name somewhere before, and she’s eager to step into her new role. "Heidi has been really supportive," she told People magazine of her predecessor. "I really believe that this is such a powerful platform to showcase these designers and this next generation talent, and for me it was really important to bring everything that I had, the experience, and everything that I can to this show to help these designers grow and learn."

Also on the judging panel with Kloss is Elaine Welteroth, former editor-in-chief of Teen Vogue. One look at her Instagram feed will make her an obvious choice to judge a fashion show, and her editorial chops prove she knows exactly what the industry is looking for. 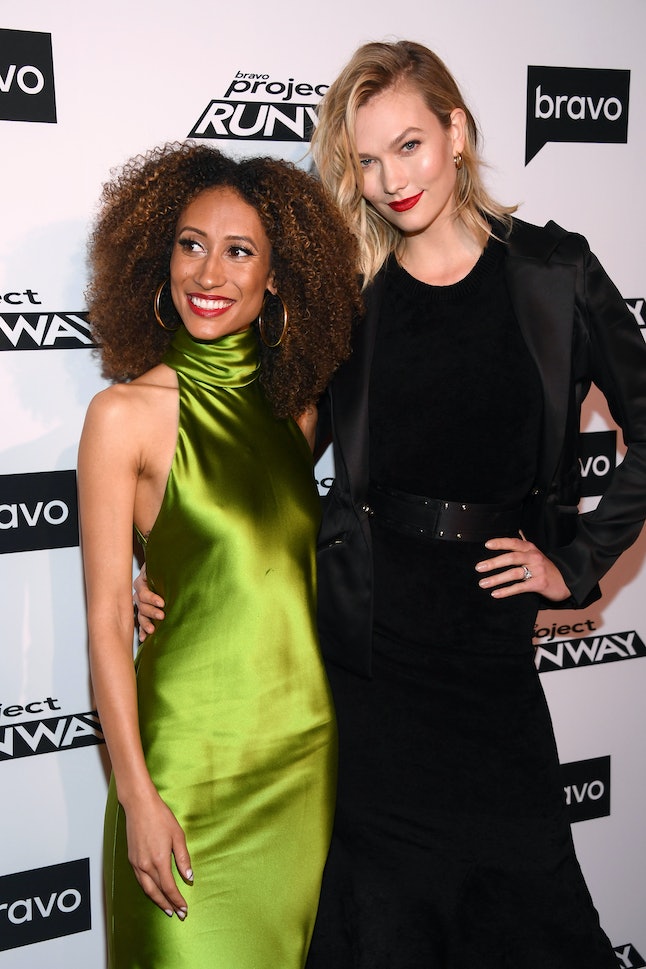 Welteroth told The Hollywood Reporter that she already had some specific goals in mind when coming onto the show. "Honestly, making inclusivity and diversity a priority was at the top of my list," she said. "I was really heartened to find out that that was also a priority for them. We all kind of came into this with similar values, really wanting to move this franchise forward and make it feel like it’s a part of the moment that we’re actually living in.”

Designer Brandon Maxwell is another judge joining the series — he’s not as much of a household name as previous judges like Michael Kors and Posen, but the up-and-comer is still a pretty big deal. According to Bravo, he’s the fashion director for… wait for it… Lady Gaga. Other huge names who have worn his designs? Meghan Markle, Michelle Obama, Naomi Campbell, and Kloss herself.

And now for the judge all Project Runway fans will know and love: Nina Garcia, editor of Elle, will retain her seat on the panel. She’s the only member of the original cast to return, and she has high hopes for the season. "This is the most diverse cast we’ve ever had, from the judges to the models to the contestants," she said at the 2019 Impact Awards, according to Page Six. 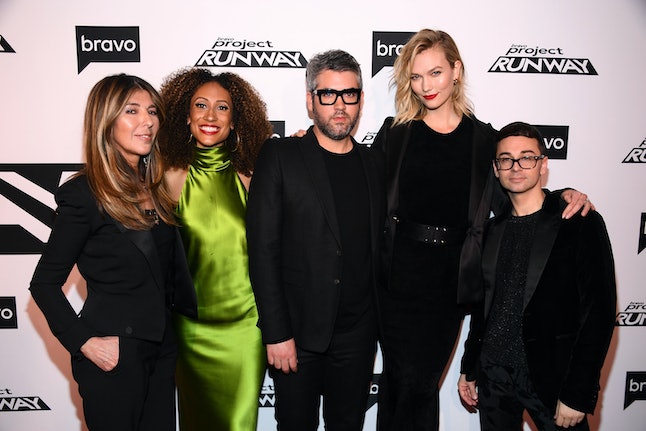 "I think it will give birth to another Christian Siriano, absolutely," she continued, referring to the final new addition to the show’s main cast. Siriano won the fourth season of Project Runway, and went on to build a career dressing some of Hollywood’s biggest names. He’ll return now not as a judge, but as a replacement for Tim Gunn, who served as the contestants’ mentor.

Siriano told Vulture that though he remains close with Gunn and appreciates his mentorship, he’ll be able to bring new perspective to the mentor’s role. "Tim was never a designer. He never worked in the business. He was a teacher," he said. "When the designers have a red-carpet challenge, I can actually give them real feedback because I’d just dressed people at the Golden Globes the week before. I’m giving them real, fashion-industry feedback that can, hopefully, only help them."

There you have it — that’s who you can expect to see picking apart every stitch and sequin this season on Project Runway. They’re certainly a capable crew, but only time will tell if they’ll manage to fill the large shoes left open by Klum, Gunn, and Posen.