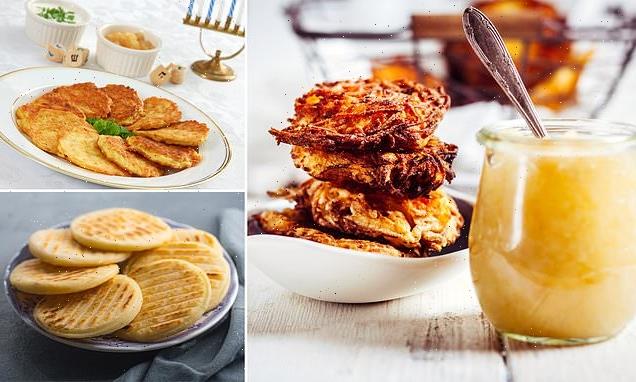 The perfect pancakes for fussy eaters! FEMAIL reveals the best dishes for indulging on Shrove Tuesday

Who doesn’t love a pancake? Comforting and delicious, they’re the perfect supper dish for a chilly Shrove Tuesday evening.

But what if your teen is vegan, your partner prefers savoury flavours or you just don’t fancy boring lemon and sugar again?

It’s time for some lateral pancake thinking. Flip your usual fare for one of these gloriously global alternatives tomorrow night . . .

SUNSHINE IN A PANCAKE

WHAT IS IT: Socca, a speciality of Nice on the French Riviera, where it’s cooked to order in huge wood-fired ovens. A pancake-like flatbread, it’s made with olive oil, water and chickpea flour (widely available in supermarkets), which makes it usefully gluten-free.

TO MAKE: Mix 250 g chickpea flour, ½ tsp salt, a good grinding of black pepper, and ½ tsp cumin to add toasty notes. Gradually add 500 ml of warm water, whisking with an electric hand-held beater until the mixture is smooth and the consistency of double cream. 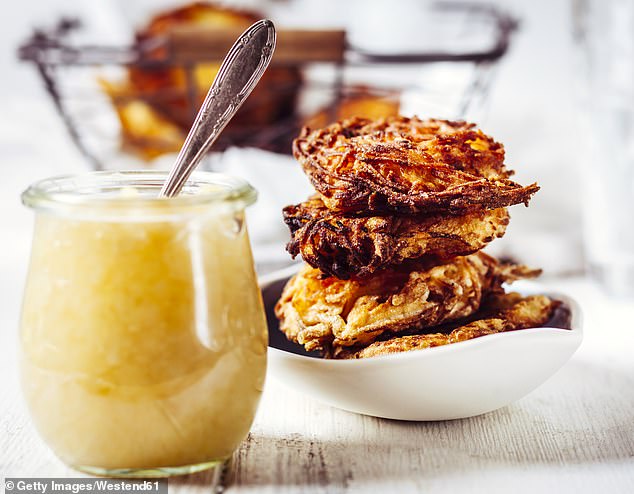 Whisk 2 large egg whites until just stiff in a clean bowl and fold into the socca batter using a metal spoon. Leave for at least an hour.

Cook in a non-stick frying pan over a medium heat — the socca should be about 5 cm thick — for 2-3 minutes or until tiny bubbles start to form on the surface. Flip and cook for another 2 minutes until lightly golden, crisp and lacy.

Serve with anchoiade made by blitzing a 95 g jar of drained anchovies, a crushed garlic clove and a good handful of flat parsley leaves with 3-4 tbsp olive oil.

VERDICT: Eat these and you can’t help but dream of holidays.

TO MAKE: Put 220 g millet flour in a bowl, add 120 ml soya milk and 120 ml water. Whisk with an electric whisk to make a batter the consistency of whipping cream.

Cook in a heavy frying pan for 2 minutes until golden on the base yet still pale on top and just beginning to firm up. Show streetwise bravado and crack an egg straight into the jian bing. Cook for another 2 minutes or until the egg just begins to set. Flip over and cook the egg on the other side for 30 seconds or until lightly golden.

On one half of the pancake add some spring onion slices, cucumber sticks, shredded iceberg lettuce and 1 tsp chopped coriander.

On the other half, spread 1 tbsp hoisin sauce mixed with ½ tbsp sriracha chilli sauce. Top with slices of duck breast and add crisp wonton strips as garnish.

VERDICT: The combination of soft outside, crisp within, and sweet and sour filling is immensely satisfying. 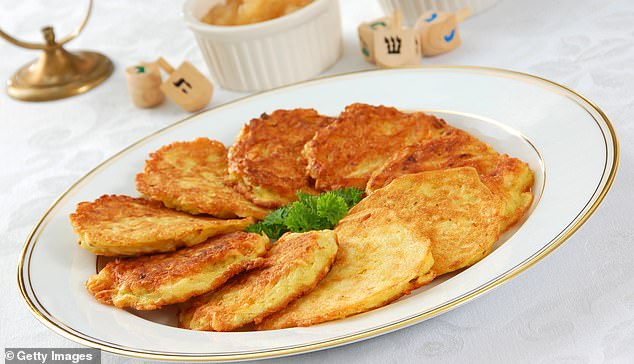 WHAT IS IT: Latkes are Yiddish pancakes that don’t conform to the flipping norm. It’s essential to grate the potato so that strands go irresistibly crackly when fried. Choose potatoes with a dry texture and plenty of starch. One large potato per person is sufficient.

TO MAKE: Whisk 3 large eggs into 5 or 6 dry, grated potatoes (around a kilo)and 1 medium onion, add 45 g rice flour, salt and pepper and mix with a fork.

Heat 1 tbsp sunflower oil in a heavy pan over a medium-high heat until the oil starts to shimmer, not smoke. Cook three to four latkes at a time so that the temperature doesn’t drop.

Use 2 tbsp of batter for each latke, then, using two forks, pull the mixture apart a little so that they cook round and thin.

WHAT IS IT: Arepa, the ‘new wrap’, which hails from Colombia where it’s traditionally made by soaking dried corn and mashing it in a pestle and mortar. Modern arepas use masarepa maize flour, which is gluten-free (available on Amazon, but pre-cooked polenta makes a good substitute). There’s no egg involved, which makes it great for vegans.

Colombians fold arepas, pictured, around fillings such as black beans and spicy avocado, chicken, cheese or plantain. For a sweet version, try cream cheese and raspberries. 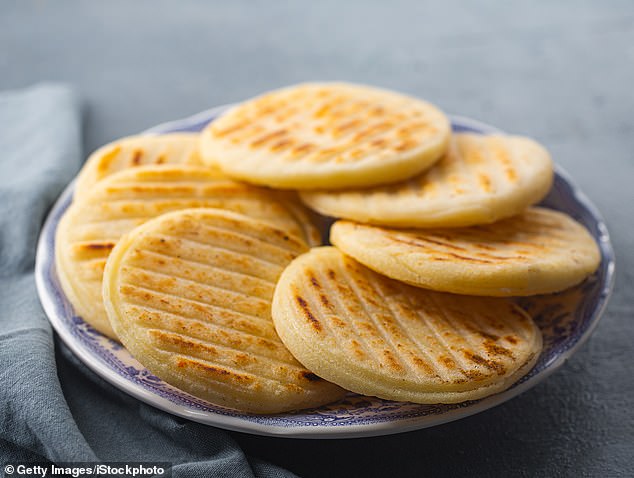 TO MAKE: Place 225 ml water, 1 tbsp oil, and ½ tsp salt in a medium bowl and stir until the salt dissolves. Gradually add 150 g masarepa flour, mixing continuously. The dough should hold together when pressed.

Cook for 5 to 6 minutes per side on a cast-iron griddle until the arepas are golden brown, charred in spots, and cooked through. Serve with butter on top or split with a serrated knife and add filling.

VERDICT: A substantial dish that’s a hit with teens.

WHAT IS IT: Pang jee, a decadent Thai combination of coconut and banana mixed with the richness of palm sugar and the chewy texture of glutinous rice flour.

Stir well to make a thick batter. Heat a non-stick pan over a medium-low heat, no oil required. Cook for 1-2 minutes until the base is golden. Flip and press down slightly, then cook for a further 1-2 minutes or until golden.

VERDICT: Delicious served warm as a dessert with ice-cream or as an afternoon tea snack with jasmine tea.