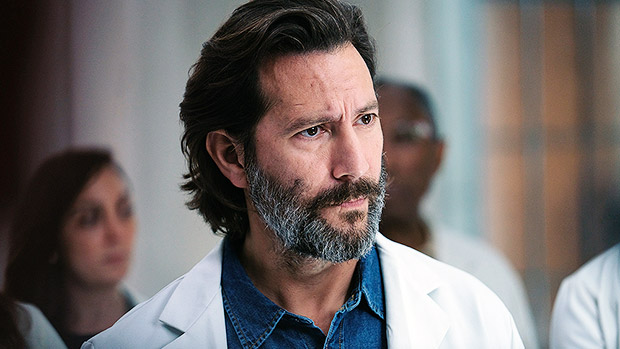 ‘The Passage’ is ending season 1 with an epic 2-hour finale on March 11. HL spoke EXCLUSIVELY with Henry Ian Cusick about the epic final episodes, and he teased that not everyone will make it out alive.

The virals are out of their cages, and they’re searching for blood on The Passage. This puts the lives of so many in danger, especially humans. Henry Ian Cusick, who plays Dr. Jonas Lear, talked with HollywoodLife EXCLUSIVELY ahead of the finale about what fans can expect going into the 2-hour episode event. “Sadly, we are going to lose some people,” Henry told HollywoodLife. “You know, with all these kinds of shows when you’re dealing with the human race, there will be death. You will see that things do hit the fan, as they say, really quite fast and quite hard.”

The virals are linked to one another, and this includes Amy. HollywoodLife asked Henry whether he thinks Lear would ultimately be willing to sacrifice Amy in order to make sure Fanning and the others can be stopped. “Yes, I think it gets to the point where, and I’m sure the audience is screaming, ‘Why are you letting this happen to save one girl?’ So I think that’s a valid option for sure.”

Flashbacks have played a key part this season in learning more about the characters on The Passage. Will there be more in the finale? “I don’t know. They can always surprise you and they’ve done it many times. I had no idea that I would have got so much backstory. They’ve given Jonas a lot more story that he ever had in the book. I’m very grateful for that. That’s one of the cool things they can do with these characters. They’ve added a lot more to each character’s backstory than there ever was in the book I think.” The Passage season finale will air March 11 at 8 p.m. on FOX.