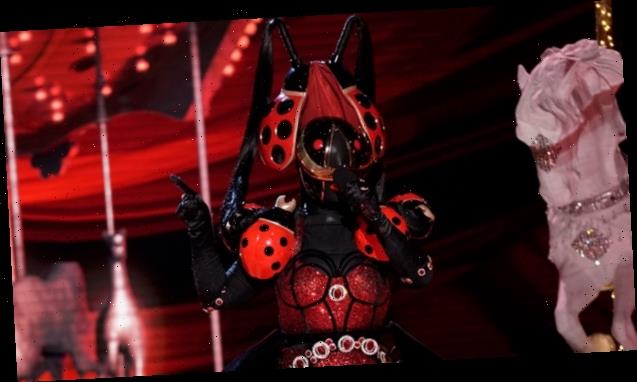 The competition is getting more and more intense on ‘The Masked Singer.’ After a new round of performance, the Ladybug was finally unmasked!

It’s getting down to the wire on The Masked Singer! The Fox is up first. He’s had a 30-year career and says he’s been a “sugar daddy.” He’s won multiple awards and is a household name. He performs “Every Little Step” by Bobby Brown. The Fox’s final clue is a boombox. “As a young pup, this gift from my father helped me find my voice and a few others,” the Fox says. The guesses include AJ McLean, Sterling K. Brown, Jamie Foxx, and Shawn Stockman.

The Flower brings up Dreamgirls during her clue video and admits she’s “shy about showing my talent.” She performs “Amazed” by Lonestar. Ken guesses Bjork, while Robin goes with Patti Labelle. With the cooking and baking references, Jenny takes that literally and guesses Anita Baker. Her final clue is a deck of cards. “It’s not about the hand you’re dealt, it’s about the way you play it,” she says

The Tree’s clue package reveals a playbill, which is a clue that she could be a Broadway star. The Tree says she works “really well with others” and brings up “strangers with candy,” which could be a reference to the TV show of the same name. She performs Meghan Trainor’s “No Excuses.” Nicole guesses Amy Sedaris because of the Strangers With Candy reference. Jenny thinks the Tree could be Cheri Oteri or Molly Shannon. Ken guesses Lauren Graham. The Tree’s revealing item is a bowl of soup. She says she wouldn’t be where she is today without it. This food clue has Robin guessing Rachael Ray.

The Ladybug is the masked singer going home. Final guesses include Paris Jackson, Lindsay Lohan, and Jamie Lynn Spears. The Ladybug is revealed as KELLY OSBOURNE!