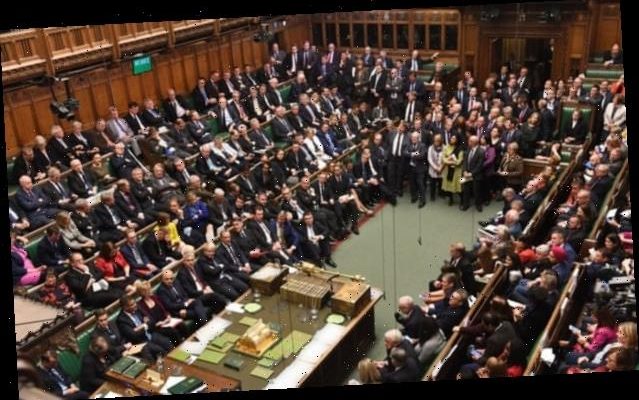 In the lead-up to parliament’s historic Saturday sitting, the airwaves resounded to Conservative cries of “get this done”, “let’s move on” and “lift this cloud”. The Tory hope was that understandable Brexit fatigue could become a trump card for Boris Johnson, as he sought to rush through a surprise deal that MPs were given 48 hours to consider. Sir Oliver Letwin’s successful amendment, which withholds approval for it until all necessary legislation is passed, rightly put the brakes on – to the acclaim of up to a million People’s Vote marchers. It also required Mr Johnson to write to the EU asking for an extension under the terms of the Benn act. This he has done, albeit dissociating himself from the request in a second letter (a Scottish court will examine the legality of that move).

MPs on all sides of the house must now hold their nerve to subject Mr Johnson’s deal to forensic scrutiny, undistracted by his totemic Brexit deadline of 31 October. While the EU may not respond immediately to Britain’s request for an extension, it must not conspire with Mr Johnson to allow a no-deal Brexit to take place at the end of the month. The prime minister may wish to dash for the line. It is absolutely not necessary or advisable for the rest of parliament to do the same. Three and a half years of deadlock, almost entirely caused by arguments between Tory leavers, does not mean that, suddenly, anything goes.

The deal, as it stands, paves the way to ripping up much of this country’s economic settlement and replacing it with a free-market vision more radical than anything attempted by Margaret Thatcher. As the shadow Brexit secretary, Keir Starmer, expertly demonstrated during Saturday’s debate, the government has significantly weakened “level playing field” commitments originally contained in the legally binding withdrawal agreement made by Theresa May, and moved them to the non-binding political declaration. This has been done in order to deliver the deregulatory dreams that have stirred the imagination of rightwing Eurosceptics for decades. Unsurprisingly, the European Research Group has lined up foursquare behind the prime minister as a consequence.

Exiting the single market and customs union, and abandoning Mrs May’s aim of dynamic alignment with the EU, as Mr Johnson’s deal proposes, is simply not acceptable. It will turn the UK (minus Northern Ireland) into a competitor with the great trading bloc on its doorstep. That is a contest which is manifestly not in the interests of British businesses and those who work for them. Cut loose in this fashion from an economic entity with the clout to get its own way, a “buccaneering” Britain will be incentivised to undercut its neighbours and sell its own population short on working conditions, environmental standards and consumer rights. The country’s less prosperous regions will bear the brunt of that race to the bottom, as economic growth falters. The chancellor, Sajid Javid, has refused to provide an impact assessment of the deal. He should be required to offer one.

Now that they have the time to do so, MPs should also reflect on the fact that this deal is viscerally opposed by both the Scottish National party and the Democratic Unionist party. If the UK leaves on these hard-Brexit terms, a Scottish vote for independence becomes significantly more likely. Hardline unionists will be just as unhappy at a new border in the Irish Sea, dividing mainland Britain from Northern Ireland, as nationalists were at the possible return of one on the island of Ireland. Sowing the seeds of such instability and insecurity throughout the UK is reckless and destabilising. Nor would the passage of Mr Johnson’s deal in any way allow the country to “move on”. Instead, it would move into a truncated and ferociously contested transition period lasting until the end of 2020. As the former chancellor Philip Hammond has pointed out, Britain could at that point leave on WTO rules if no free trade agreement with the EU is agreed.

As Michael Gove sought to bludgeon through the government’s deal on Saturday, he said MPs would face a reckoning with their constituents. They would be asked: “Did you vote to break the deadlock? Did you vote to end the division of these days?” Those MPs who ignored Mr Gove were right to do so. The prime minister’s radical version of Brexit will entrench divisions and transform this country for the worse. However much MPs, and the rest of us, are suffering from Brexit fatigue, this deal needs to be fought every step of the way in the crucial days to come.