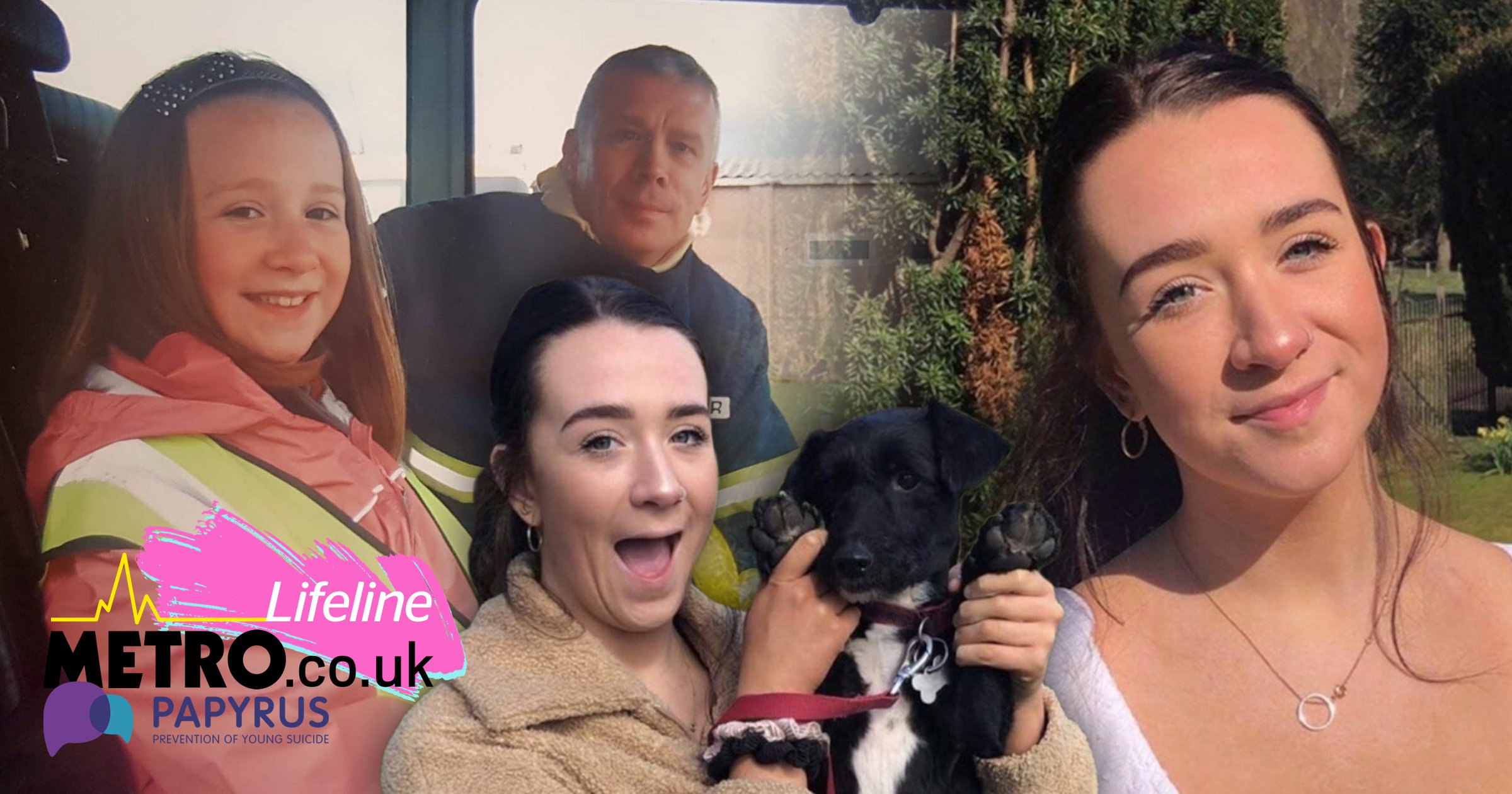 Fun-loving and talented Beth Palmer had just secured a record contract when she took her own life in the first week of lockdown, in March 2020.

Described lovingly by her father as being a popular, creative and funny girl, 17-year-old Beth’s family believe that she became lost in a ‘fog of despair’ after her college was closed during lockdown and all her dreams for the near future were shattered.

‘Beth absolutely loved college,’ remembers her dad, Mike. ‘She loved going out, she loved her friends. She was starting to gig and was going to festivals. All these things were cancelled and we think that the lockdown played a massive part. Maybe Beth was struggling before, but I think lockdown made her bucket overflow.

‘We’re a close family. We did talk. But maybe not about the right things. It breaks my heart that she felt as though she couldn’t come to her mum, to myself, to her sisters, and say that she was struggling.

‘If you looked at us from the outside, you’d see a popular family. We’ve got loads of friends and we always had people round, family coming in, lots going on. We were buzzing. You would never have put suicide and Beth in the same sentence. You just wouldn’t.’

Beth, who lived with her family in Sale, was a teenager who had everything to live for. She had lots of friends, was talented, confident and well-loved. She was also an adept performer; ‘a singer and dancer on stage and always a comedian off it’, according to dad, Mike, a firefighter.

‘Losing Beth to suicide made me feel as though I had been demolished,’ he tells Metro.co.uk. ‘Devastation is a word that springs to mind – but it’s too small.

‘It’s beyond belief. In Beth’s case we never saw she was struggling. In hindsight we can look back and maybe pick up clues, in language, in the way she was acting – but we never saw it coming up. People often say it is devastating, but it is beyond that.’

Lockdown meant the family couldn’t grieve properly – Beth’s mother couldn’t even hug her own parents. But while only nine people were permitted at her funeral, the streets were lined with hundreds of people who applauded the teenager’s memory.

Just over two years on, Mike describes how it’s a loss that still overwhelms the Palmers. ‘The battle never stops. It is hard to get out of bed sometimes,’ he explains. ‘I struggled massively. In some ways, it’s a surprise I’m still here, but I am.’

In a bid to do something to prevent other families from experiencing the same pain, Mike joined forces with two other bereaved dads, Tim Owen and Andy Airey, who lost their daughters Emily and Sophie to suicide.

Together they walked 300 miles last year, in a fundraising effort that took them from Andy’s home in Cumbria, to Mike’s home in Greater Manchester and on to Tim’s in Norfolk.

The fathers carried their daughters’ names in their hearts and their photos in their hands, and spoke to people along the way about grief. ‘3 Dads Walking’, as the trio is now known, aims to smash the stigma around suicide, and raise money for the national charity PAPYRUS Prevention of Young Suicide.

Mike explains how they’d hoped to raise around £3,000 each but surpassed this spectacularly, so far managing to raise more than £800,000. They have attracted donations from Hollywood stars Nicole Kidman, Daniel Craig and footballer Lou Macari, whose own son Jonathan died by suicide in 1999.

Thanks to this cash, PAPYRUS’ Hopeline UK will begin run 2424-hours a day later this year. Mike believes that had Beth known about the helpline, she may still be here.

‘One of the biggest dangers to our young people is themselves because suicide is the biggest killer of under 35s in the UK. Why are we not talking about this?,’ he asks.

‘Having conversations about suicide is so hard, because of all the stigma. It’s a taboo subject. I get that. But it’s so important that it is talked about. And I do believe if Beth had known how to reach out, if she knew where to go, things would be very, very different.’

Mike, along with Andy, will also be taking on Metro.co.uk’s Lifeline challenge next month, climbing Scafell Pike at night to help raise funds for PAPYRUS.

Reflecting, Mike believes that Beth was possibly suffering from depression, but he didn’t realise it at the time. Like all teenagers, she could be quiet, and spend a lot of time in her room.