New Kids on the Block’s Joey McIntyre guest stars on the all-new episode of ‘The Goldbergs.’ In this EXCLUSIVE preview, Joey takes on a very different role when it comes to a boy band.

Barry has a plan, and it’s a big one. “We’re gonna be in the next great boy band,” Barry announces to his crew in this EXCLUSIVE preview of the March 16 episode of The Goldbergs. Barry introduces his friends to Jean Calabasas, their new manager and “boy band consultant.” Jean, played by Joey McIntyre, takes one look at the boys and goes, “It’s worse than I thought.”

Barry believes he has the perfect name for his boy band: Men4Boyz. Barry was inspired by Boyz II Men. He flipped the name and doubled it. He thinks he’s a genius. 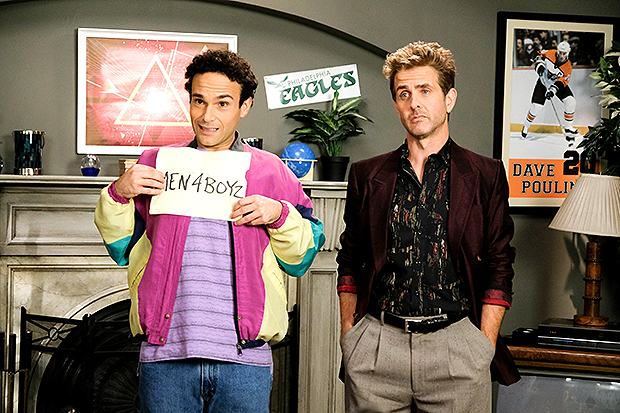 Andy, Matt, and Naked Rob? Not so much. Naked Rob tells Barry, “That reads like men for boys.” Barry isn’t backing down. “We’re a tad older but still youthful. Twice as good,” Barry continues.

Andy takes over from here and asks what Jean Calabasas does for them. “I really don’t have an answer for ya. Maybe nodding and smiling,” Jean says. Barry has a totally different view of what Jean’s job is. Barry thinks Jean is going to be the one getting them soda, writing their songs, and doing the choreography. Jean is giving all those things a hard pass. Barry says that Jean is a “free spirit who can’t be tamed.”

The synopsis for the March 16 episode — titled “The Downtown Boys” — reads: “Barry and his friends try to reclaim their youth by forming a boy band, but they quickly learn they aren’t kids anymore. Meanwhile, Adam has the keys to Erica’s downtown apartment but realizes he’s not cut out for city life.” 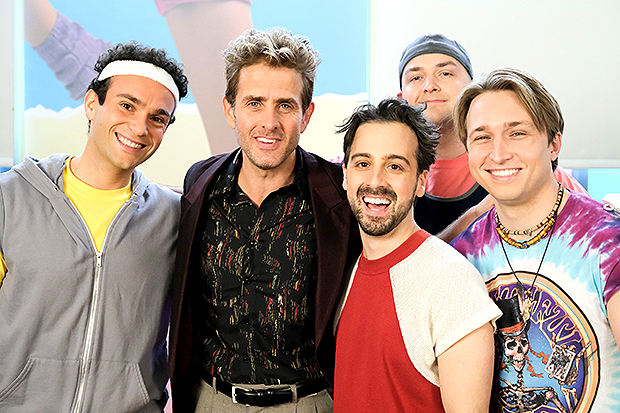 Joey is no stranger to the boy band life. He rose to fame as a member of New Kids on the Block, a boy band that was mega-popular in the ’80s and ’90s. The NKOTB guys are still performing together today!

The Goldbergs airs Wednesdays at 8 p.m. on ABC. Watch episodes on demand and on Hulu the day following their premieres.