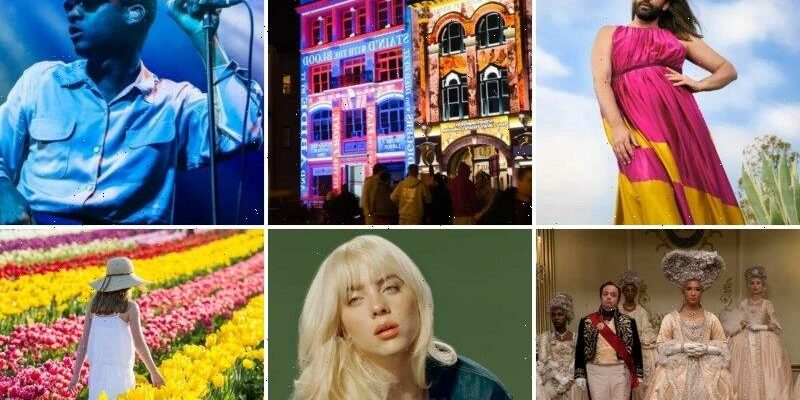 As flowers start to bloom and the frost melts away, Melburnians emerge from under their doonas to enjoy everything a restriction-less springtime has to offer.

‘Comeback’ is Melbourne’s mantra this month, with landmark events like the Melbourne Writers Festival and the Affordable Art Fair returning after years of pandemic disruptions. And with the old comes the new; the city will also come alive with scary plays, comedic gymnastic shows, and stadium performances from a 20-year-old pop star.

After a three-year hiatus, White Night is back – this time held across the year in three regional Victorian towns. Shepparton was the event’s first stop back in June, and it will hit Bendigo on September 3 before carrying on to Geelong in October. Art installations, magnificent light displays, dance and musical performances will electrify the town to the wee hours in this much-loved Melbourne tradition. 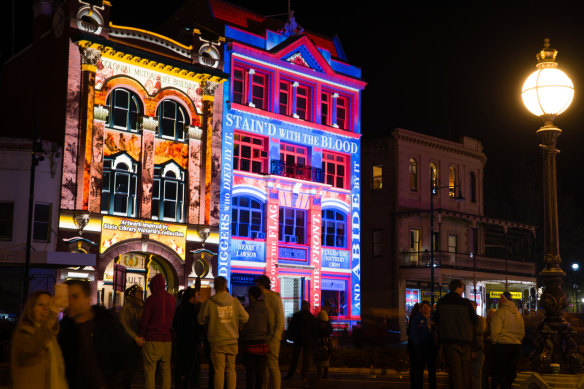 Reflected in the Sky by the Electric Canvas, part of this year’s White Night Bendigo.

English electronic duo Disclosure will headline this Australian hip-hop and electronic music festival towards the end of the month. Listen Out Melbourne will also feature trap artist Young Thug, Swedish pop singer Tove Lo and viral hip-hop star 24kGoldn. Held in Catani Gardens, attendees will be able to enjoy drinks and a boogie as the tunes flow from noon to 10pm.

Just over an hour outside of Melbourne, the Tesselaar Tulip Festival features more than 1 million spring flowers in bloom on a 55-acre farm. Live entertainment, food stalls, markets, sculptures and tulip-picking will all be on offer over the festival’s four weeks. There will also be various themes including “Turkish Weekend”, “Irish Weekend” and “Spring Fever Week”. Children aged 16 and under can attend free of charge. 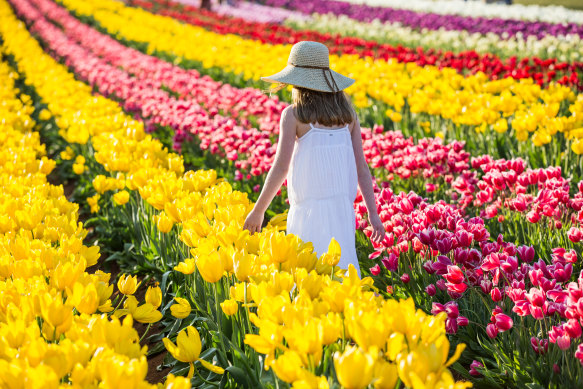 Spring in the air: the Tesselaar Tulip Festival

Queer Eye’s favourite grooming expert Jonathan Van Ness will perform in Melbourne for one night only in a stand-up comedy extravaganza packed with personal stories, self-care advice and lots of gymnastics. 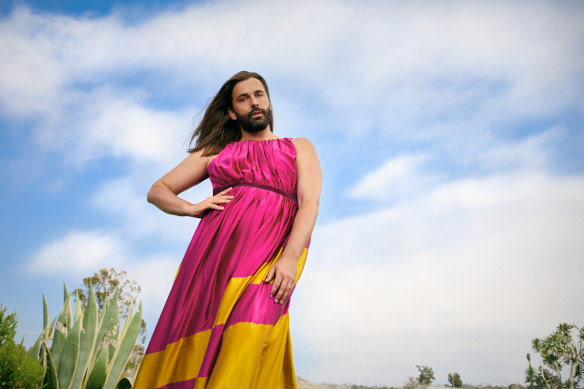 Jonathan Van Ness will star in a stand-up comedy show featuring gymnastics and a whole lot of self-love.

Diana Nguyen’s play Laurinda offers a hilarious yet emotional glimpse into what life is like for a child of Chinese-Vietnamese refugees in Australia. Based on the novel by Alice Pung, and directed by Petra Kalive, it follows the experiences of Lucy Lam – a 15-year-old girl who wins a scholarship to the prestigious (and largely white) school, Laurinda. Touching on culture, class and coming of age, this play will have you in stitches while reflecting on how the choices you make influence the person you become.

Virginia Gay brings you a witty, feminist recreation of Edmond Rostand’s romantic play Cyrano de Bergerac, following the success of Calamity Jane. Directed by Sarah Goodes, Cyrano is a self-aware interrogation of the messiness of love.

Her Majesty’s Theatre | Until January 15| Tickets from $79
The ubiquitous Tony-, Grammy- and Pulitzer Prize-winning musical tells the story of American founding father Alexander Hamilton. The sung-and-rapped musical pulls its sound from a blend of hip-hop, jazz, R&B and Broadway. 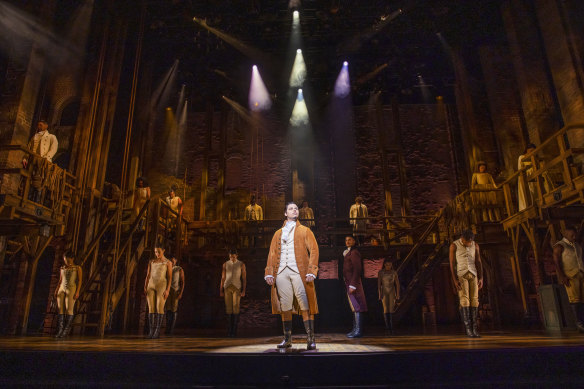 The cast of the Hamilton Australia production.Credit:Daniel Boud

9 to 5: The Musical is exactly what you’d expect from the country icon herself, Dolly Parton: whimsy, ambition and a whole lot of big hair. Produced by John Frost and Suzanne Jones, the film-turned-musical follows three determined working women, Violet, Judy, and Doralee, as they struggle against their arrogant boss, Franklin Hart. Filled with feminism, wit and showstopping music written by the country queen, it’s a lighthearted look into the strength of independent women everywhere.

In its triumphant return since COVID-19 restrictions, the Affordable Art Fair offers Melburnians the opportunity to buy original art without breaking the bank. With works on sale between $100 and $10,000, the fair will also provide interactive workshops, talks and live demonstrations. 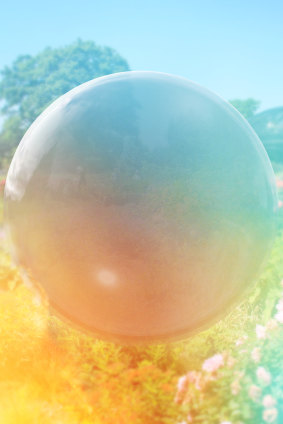 An exhibit at Seeing the Invisible: Mel O’Callaghan’s “Pneuma”, 2021.

Visit Melbourne’s augmented reality art exhibition before it comes to a close. Since 2021, spectators have been able to view innovative alfresco art showcases from contemporary artists around the world, including the creator of the NGV’s Quantum Memories, Refik Anadol.

NGV | Until October 9 | Tickets from $8
Tracking the career of Pablo Picasso, The Picasso Century features more than 80 works from the artist himself, as well as more than 100 works of the artists, poets and intellectuals he interacted with during the 20th century. Created exclusively for the NGV by the Centre Pompidou and Musee National Picasso-Paris, this exhibition is a must for history and art lovers alike.

ACMI | Until November 13 | Tickets from $25
Curated by Tate in the UK, Light: Works from Tate’s Collection celebrates groundbreaking moments from over 200 years of art history, via mediums including painting, photography, sculpture, drawing and installation.

Seven-time Grammy Award-winner Billie Eilish will be making a stop in Melbourne on her Happier Than Ever tour. Since the release of Ocean Eyes in 2016, the bad guy singer has become the youngest Coachella headliner in the history of the music festival, and released two studio albums as well as an Apple TV documentary. You’ll laugh, you’ll cry, you’ll discover catharsis in the angst. 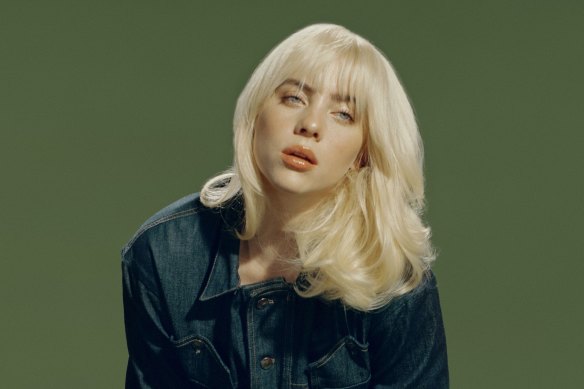 The Australian hip-hop trio is back on stage to support their latest single, Show Business. Joined by hip-hop duo A.B. Original (made up of Indigenous rappers Briggs and Trials), Kenyan-Australian songwriter Elsy Wameyo, and producer DJ Total Eclipse, the 10-time ARIA Award-winners will attempt to eclipse their 2019 tour – which was the largest tour of any Australian act that year. 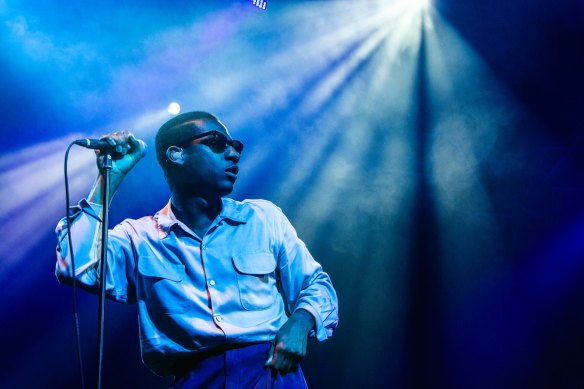 Leon Bridges on stage in the GW McLennan Tent at Splendour in the Grass, July 22, 2016. Credit:Rachel Murdolo

Irish rock band The Script will be in Melbourne for their Greatest Hits Tour, accompanied by Australian singer Conrad Sewell. Sure to play their biggest hits such as Superheroes and Hall of Fame, the five-time platinum-selling artists will celebrate their album, Tales From The Script, in true rock-god fashion.

From the West End in London, Jeremy Dyson (The League of Gentlemen) and Andy Nyman’s (Peaky Blinders) horror-themed play is coming to haunt the Melbourne Athenaeum. If the website’s warning declaring it unsafe for those with nerve conditions says anything, it’s that the performance will be filled with jump scares and thrills, the likes of which Australia has not had on stage before.

Harry Potter and the Cursed Child

Princess Theatre | Until December 18 | Tickets from $75
The new version of Harry Potter and the Cursed Child condenses into a single sitting the enthralling theatre epic originally staged in two parts. It follows a brand-new generation of witches and wizards, 19 years after Harry, Ron, and Hermione saved the wizarding world. 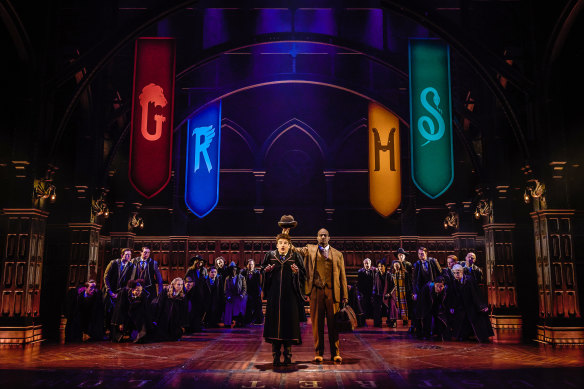 Michael Bani as The Sorting Hat, with Ben Walter as Albus Potter in the reimagined Harry Potter and the Cursed Child.Credit:Michelle Grace Hunder

For all you bookworms, this year’s Melbourne Writers Festival is packed with insightful talks from the likes of Scottish actor Brian Cox, comedian Jenny Slate and Aussie writer Yassmin Abdel-Magied. Since 1986, the festival has brought great minds together from all over the world to marvel over the power of the written word.

For lovers of scandal, Victorian garb and classical renditions of contemporary pop, the unofficial Bridgerton ball is sure to satisfy your cravings. Inspired by the hugely successful Netflix drama series, guests will be invited to waltz, drink and eat in their most glamorous suit or gown as a string quartet plays the soundtrack to their greatest period drama fantasy. 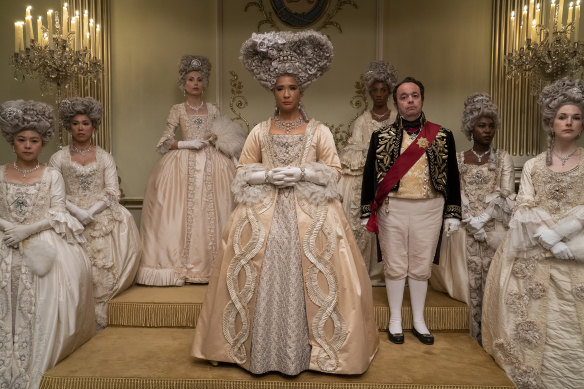 Bring it to the Bridgerton Ball this September.Credit:Liam Daniel

After 23 nail-biting rounds, the footy finals are upon us. Take full advantage of the public holiday on Friday by heading to the Footy Festival in Yarra Park (free of charge). It’s replete with pop-up barbers, food trucks and family-friendly activities. See your favourite AFL stars at the Grand Final Parade, where you can eat, drink and warm up your vocal cords before the main event at the MCG on Saturday.

Melbourne Museum | Until November 19 | Tickets from $10
Melbourne Museum is keeping the doors open until 9pm on select Saturday nights and inviting you to curate your very own night at the museum with DJ sets, a pop-up bar, immersive digital experiences, curator talks and access to their exhibitions. Check the website for sessions and more information. Student/concession holders and children under 16 admitted free.