Arja hopes her debut novel The F Team, out this month, will offer the kind of story she looked for as a young reader but could never find: one that reflected her life experience. 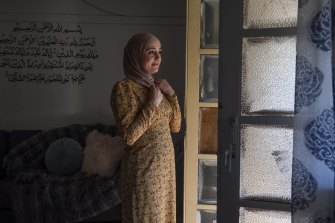 And if the young people she hopes to turn into readers don’t go to bookshops, they’ll also find her creations on TikTok. Arja has clocked up nearly three million likes and more than 100,000 followers, attracted international media attention and pen pals around the world with her videos that pay tribute to her father. Arja’s first viral video, which has been viewed millions of times, captured her dad, a Lebanese migrant, dutifully going to his job in transport customer service in the midst of the coronavirus pandemic.

“All of those people had related to it, in one way or another, to what parents or immigrants have done. There was nothing extravagant about it and I think that’s why it was extraordinary. I find magic in the most simple things. There isn’t anything flashy about a man going to work,” Arja says.

And it was not anything flashy or extravagant that Arja wanted from a book when she was growing up as one of seven siblings in a Muslim family in Punchbowl. But she couldn’t relate to any of the stories she read. The September 11 attacks in 2001 and the Cronulla riots in 2005, she says, had made her feel like an outsider and the lack of diversity in literature only added to her sense of exclusion.

The first novel she read, when she was 15, was Melina Marchetta’s coming-of-age classic Looking for Alibrandi. She related deeply to the books exploration of the migrant experience. Next was Randal Abdel-Fattah’s, Does My Head Look Big in This? told from the perspective of an Australian-Palestinian Muslim teenager. Arja says she struggled to find more books after that, but where once she saw lack now she saw possibility.

“It was the first time I had seen a Muslim woman as an author and on a front cover. I thought that was extraordinary. I knew what representation did for me as a teenager. For a long time I hadn’t felt as though I mattered,” Arja says. “I knew what just a taste of representation could do to one’s self esteem and one’s confidence.” 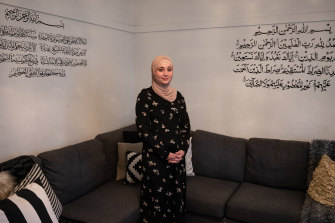 Rawah Arja: “I wanted to create a book that I knew they would read. If you can’t find something in life you have to create.” Credit:Nick Moir

The two authors who opened her eyes to the power of representation have both now given positive reviews of her novel. Fifteen-year-old Tariq, a Lebanese-Australian muslim attending Punchbowl High School, narrates the F Team as he and his friends are forced to team up with Cronulla students for a rugby competition. She hopes to see the novel in schools, in the hands of students just like those who inspired her to write it.