The story of Child Q highlighted the damning treatment of Black girls within our education system and the way in which they are demonised. Senior digital writer Leah Sinclair speaks to two Black British women about their secondary school experiences and how we can combat racial bias within schools today.

Looking back on my time at secondary school undoubtedly brings back moments of joy. Hanging out with friends in the playground, tucking into mammoth amounts of sweet treats while playing the latest songs off Limewire, and singing and dancing without a care in the world.

But, as a Black girl, those memories sit alongside ones that are a lot less pleasant but remain etched in my mind.

Like being kicked out of a classroom for “talking back” (or merely stating a valid opinion to the teacher’s disdain).

Or being criticised for kissing my teeth – an expression that, quite frankly, is natural to many of us when presented with information we don’t particularly approve of. Or even being told off for gathering with a group of kids who looked like you.

Essentially, many of our secondary school experiences include us, or girls who looked like us, being reprimanded unfairly and had a pinch of covert racism beneath the surface.

This shared experience of being demonised for being loud, opinionated and experiencing joy among our peers in a space where our formative years are truly shaped goes back generations – but there’s far more to it than meets the eye.

This disproportionate treatment of Black students extends to the way we are criminalised, overtly sexualised and treated on a day-to-day basis without the air of innocence children of other races get to possess.

We are socialised to grow up far beyond our years and are treated and punished as such – a form of racial prejudice known as adultification, when a child is perceived to be older than they are and as a result is not treated with the care and protection other minors are afforded.

Adultification bias is particularly directed towards Black children – and Black girls often bear the brunt of this as they navigate misogynoir, where sexism and racism unite.

The effects of adultification on Black girls are rampant throughout our culture. A 2017 study by Georgetown Law Center on Poverty and Inequality found that Black girls as young as five were perceived as needing less protection and nurturing compared to their white counterparts.

Follow-up research found that Black girls were perceived as being more responsible for their actions, aggressive, angry and more knowledgable about sex.

Another study, published by the American Psychological Association, found Black girls are treated disproportionately compared to their white counterparts and are “more likely to be seen as older, while having to navigate the combined effects of racism and sexism” – something many Black girls and women experience daily. 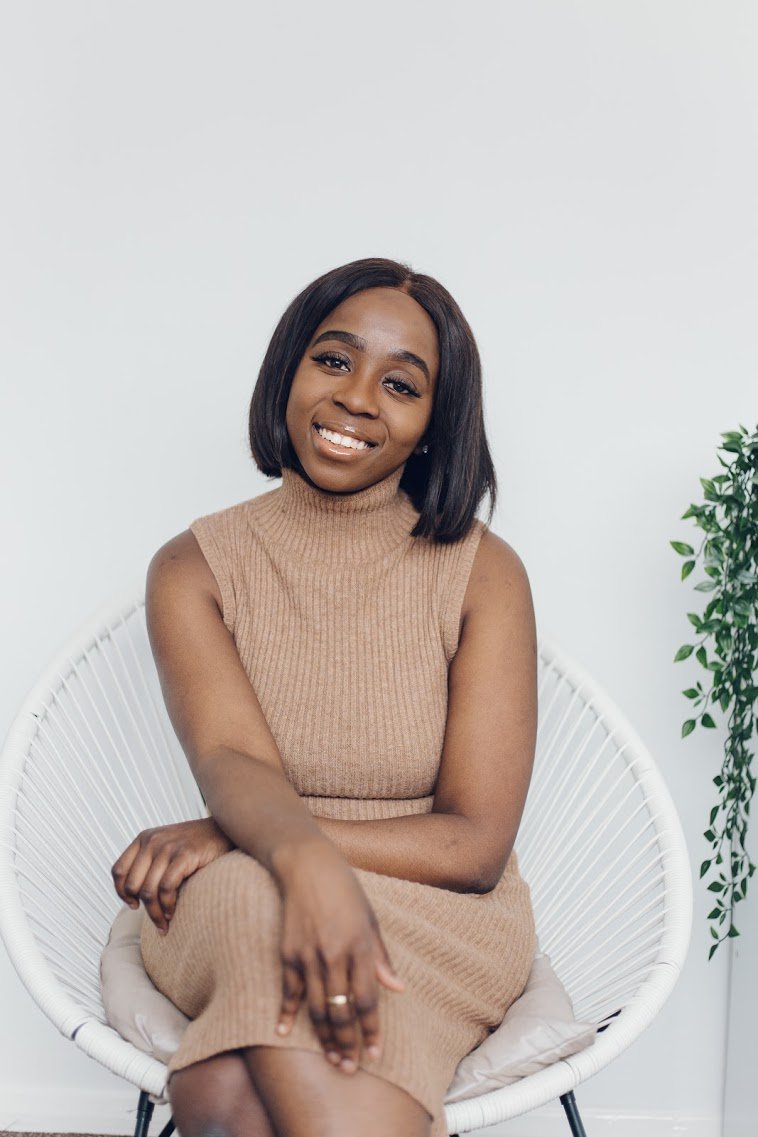 “I went to an all-girls secondary school that was predominantly white,” says Desriee Asomuyide, an entrepreneur and founder of Little Omo, an award-winning brand that creates educational tools and toys for children about diverse cultural representation.

For Asomuyide, her secondary school experience was riddled with racial bias as she says she constantly witnessed and experienced the adultification of Black children.

“This started around age 11 and, as a result, I experienced and understood what racism was at such a young age, and it was absolutely horrible.”

Asomuyide says there were frequent moments when she and her friends were treated differently to white students.

“When it was break or lunch, my Black friends and I would dance to music or play, and our voices might have been a bit raised as we were having fun. A lot of the time, we would have teachers come over and try to break the crowd up for no reason other than a group of Black girls were together and experiencing joy,” she says.

“It seemed like we couldn’t just be innocent kids – us playing always seemed to be deeper and different to a group of white girls playing.”

Asomuyide says that if there was ever an issue in the classroom, like someone making noise or being disruptive, “a majority of teachers would call out the Black girl in the class without actually seeing who it was”.

“This was basically prejudgment of a Black teenager due to adultification and stereotypes.”

For educator and equality diversity consultant Ellisha Soanes, this is something she also saw and experienced. “From secondary school age, about 12 or 13, I began to realise that we are treated differently and sometimes people’s biases may come out,” she says.

“Sometimes when we were standing outside the classroom, all being really loud, I would be the one that was singled out or told that it’d be better if I was in a class with ‘my own sort of kind’. But when you look back, you realise there are a lot of unconscious biases – specifically around the Black community in general.”

Those harmful biases can be seen in the treatment of Black girls across the world. From the death of 16-year-old Ma’Khia Bryant, who was fatally shot by police officer Nicholas Reardon outside a care home in Columbus, Ohio, right down to the treatment of Child Q – a 15-year-old who was criminalised and strip-searched at school by two police officers without an adult present after being accused of carrying drugs.

Denying Black girls their innocence is a problem that begins early on, as studies and various experiences suggest, and the lack of knowledge and ability to identify this form of bias in the educational sector is a significant issue.

“There’s always a stereotype that Black girls must be doing something wrong,” says Asomuyide. “I remember my form tutor in my last year of secondary school keeping me back after class and telling me off for speaking in class while white girls were not being told off. I remember feeling so vulnerable and as if I was being spoken to as an adult rather than a child.”

Asomuyide adds that this type of treatment is something that still affects her to this day.

“As I went into further education, I expected the same behaviour from my white tutors and I did [get that],” she admits. “I haven’t really overcome it, it’s something I still have to deal with. One way I deal with it is by continuing to grow and succeeding in what I do and being a great role model to Black girls and women younger than me.”

Combatting these harmful biases is something Soanes is key to acknowledge through her role as director of Aspire Black Suffolk – a Black-women-led community interest company focused on tackling inequality.

“There’s a lot of unconscious bias that we have in the community around Black people but especially around Black women and young girls. It’s something that made me go into the sector and get Black history into the curriculum because I always say representation matters,” says Soanes.

Soanes believes that in order to truly create a space where Black children no longer experience adultification is by the government stepping in and adequate training being provided for teachers across the UK.

“We need to have new structures in place and more training needs to be done in schools.”

Soanes also believes that it’s important for practitioners to have an understanding and knowledge of “how we treat people so we don’t have that unconscious bias” – and if there are teachers who do have those biases, “there should be some sort of structural framework or policy in place”.

“We have to do what we can to support Black girls; letting them know that there are support systems out there for them – from community groups to virtual workshops – and that there are policies in progress within education so that this is something we can truly combat,” she says.

“I’m a mother who is raising my Black son who is only two years old, and to think at one point in life because of the colour of his skin, someone may perceive him to be guilty and viewed as older than his age is painful,” adds Asomuyide.

“I want all Black children to be able to live and enjoy their childhood to the fullest, free from premature judgement and harmful racial biases. Having these conversations is the first step.”