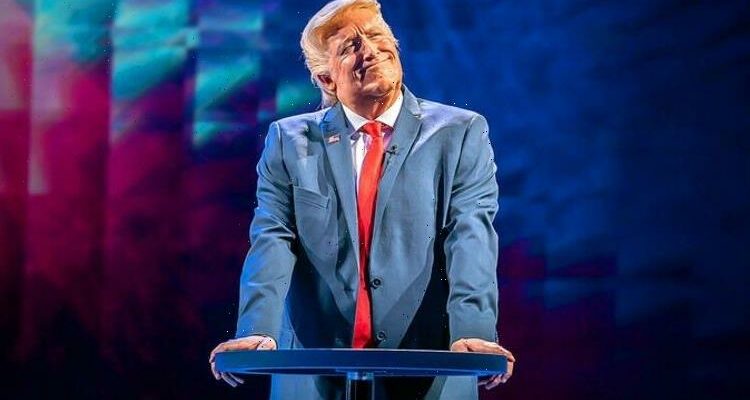 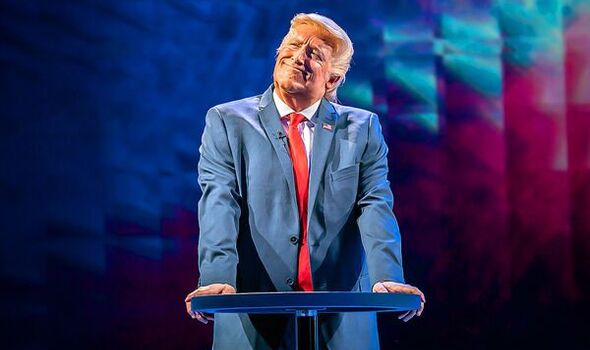 After the increasingly doddery Biden passes on the presidency to his VP Kamala Harris (Tamara Tunie, from TV’s Law And Order SVU), Trump’s gloves come off. Though he was on the cusp of endorsing Republican candidate Ted Cruz (James Garnon), he turns the tables and announces he will run himself.

As in his earlier play King Charles III, Bartlett writes the dialogue in blank verse, alluding to a handful of Shakespeare’s plays.

Family Lindsay as King Lear, Julius Caesar, Richard III and Macbeth all get a look-in, but the stylistic device palls and seems like a cunning distraction from weak plotting and a lack of depth.

Trump’s arrival on stage in a golf cart and his subsequent missed putt establishes the tenor of the play, as laughter erupts at the most lampoonable POTUS who ever held office.

But it is not until the second half when Trump and Harris are alone on stage that the play gets to the heart of the matter, allowing Trump to reveal his true colours in an unexpectedly articulate way.

It is one of the few truly blood-chilling moments and Bartlett could have used more of them rather than opt for easy satire and the ritualistic, shamanic gestures of QAnon, led by the notoriously horned figure of Jake Angeli who dominated the front pages during the Capitol invasion.

Most intriguing is the elevation of Ivanka (Lydia Wilson) to the status of kingmaker.

Intelligent and subtly conniving, she almost steals the limelight from her dad. Almost, but not quite.

If there is one reason to see this play, it is Bertie Carvel. He gets everything right – the downward inflections, the gut-protruding stance and the effete hand gestures. It goes so far beyond mere impersonation that there are moments when I forgot I was watching an actor. It’s a five-star performance in a three-star play.