A restaurant in Texas has endured a wild set of twists and turns after its waitress was tipped $2,000.

The Red Hook Seafood and Bar in San Antonio was unable to process the payment left for server Emily Bauer, 21, because the establishment’s system has a $500 transaction maximum for tips left by card, according to local news station KENS 5.

Bauer reached out to news outlets to try and locate the man who left her the generous tip, which was accompanied by a note written on the receipt that said: "Merry Christmas! Keep working hard!"

After trying to process the transaction multiple times and failing to get ahold of the customer’s contact information, onlookers grew suspicious of Red Hook Seafood and Bar’s motives. Under a Facebook post shared by KENS 5, social media users accused the restaurant of trying to keep the $2,000 sum.

Bauer did not immediately respond to Fox News’ request for comment. Red Hook Seafood and Bar declined to comment but did provide screenshots that offered updates about the situation.

“So turns out the guy who left me the tip, his credit card was fraud. I have seen proof of this. I just got done speaking with the owner of my job, and he is going to grant me the $2,069.01 as a Christmas gift. He is going to give me 100% of the tip,” a screenshotted Facebook post from Bauer reads. “I appreciate everyone who was trying to help me find the man that left it to me but unfortunately it was not true, which is sad and I hope that never happens to anyone because it is not a good feeling.”

HOUSTON RESTAURANT OWNER SAYS STAFF CHEERED AFTER GETTING $1,000 TIP ON $19 ORDER: 'OUR HEARTS ARE FULL TONIGHT' 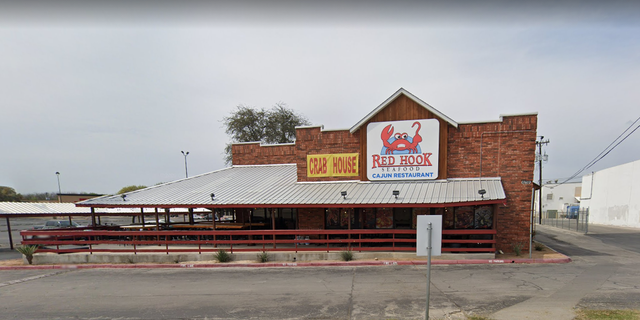 She also made it a point to tell people the media attention they have received is no reason to target her employer with malicious intent. KENS 5 reports that the Red Hook Seafood and Bar has since been verbally threatened and hurt by customers who placed false orders and never went to pick up their food or pay.

“I did NOT contact the news to get my job bad recognition nor to have them receive hate phone calls and threats. That is not okay,” Bauer elaborated in the screenshotted post. “Other than this incident I love my job and I stated that multiple times. This was a very unfortunate situation and it’s sad that the tip wasn’t true but The owner is kind enough to give it to me even tho it was not their mess up.”

In KENS 5’s original report from Wednesday, Bauer said she intended to use the $2,000 tip for her two sons.

“I’ve never had a Christmas where I’ve been able to like splurge on them,” she said at the time.