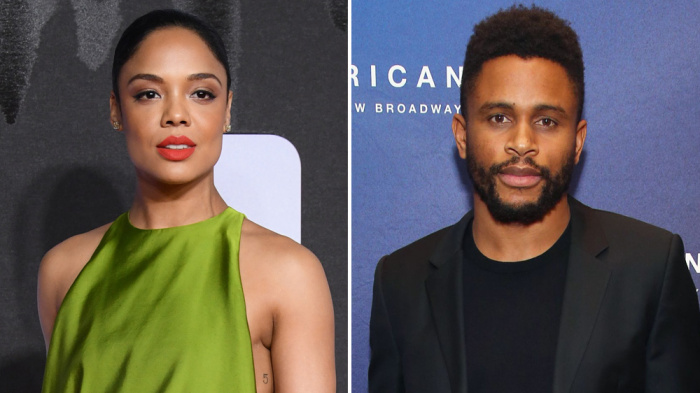 Tessa Thompson and Nnamdi Asomugha are set to star in the feature film “Slyvie.”

Eugene Ashe has written the screenplay and will direct with production currently underway.

The film is described as a love story set in the cool jazz era of New York City in the late 1950’s/early 1960’s. Sylvie (played by Thompson) meets aspiring saxophonist Robert (played by Asomugha) when he takes a job at her father’s record store in Harlem. After a summer romance comes to an end, the two fatefully reconnect several years later and find that their feelings for each other have never disappeared.

Thompson will next star in “Men in Black: International” this June, and was recently seen starring in “Creed II,” “Sorry to Bother You,” and Alex Garland’s sci-fi thriller “Annihilation.” She will also be the voice of Lady in Disney’s upcoming “Lady and the Tramp,” and will return for Season 3 of HBO’s “Westworld.”

Asomugha produced and starred opposite Lakeith Stanfield in the Amazon Studios film “Crown Heights,” for which he was nominated for a Film Independent Spirit Award. He was most recently seen on stage in the Off-Broadway play “Good Grief.” Asomugha is also a producer on the upcoming feature film “The Banker,” starring Samuel L. Jackson.

Ashe began his career as a recording artist on Sony Music’s Epic/550 label. His feature film debut as a writer/director was “Homecoming,” adapted from his Off-Broadway play.