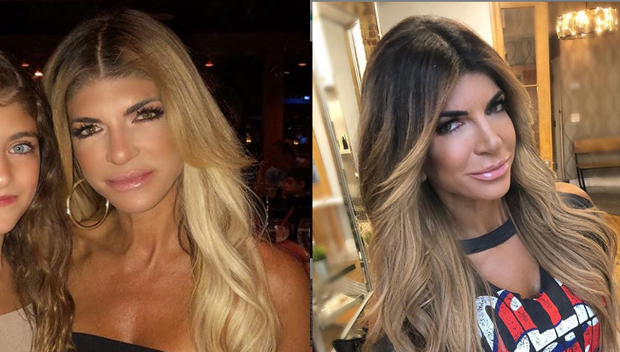 Teresa Giudice showed off a phenomenal beach bod on Jan. 2, but her plumped pout is what had fans talking and now, plastic surgeons are EXCLUSIVELY weighs in on those lips!

Teresa Giudice, 46, shocked fans when she posted a photo alongside Bravo exec, Andy Cohen, on Jan. 2 revealing an extremely dark tan. But the Real Housewives of New Jersey star’s overly dark complexion wasn’t the only thing her 1.4 million Instagram followers felt the need to point out. Teresa’s lips also appeared overly plumped in the pic taken on a beach in Jamaica. “I love her but…I think your glasses rest on your lips,” one fan commented on the image of Teresa in a low-cut black and white lace swimsuit.

HollywoodLife decided to get our own expert opinion on Teresa’s “new” look and spoke EXCLUSIVELY with board-certified plastic surgeon, Dr. Daniel Barrett. “It does appear Teresa has added some volume to the lip area. This has been the most popular procedure in 2018 and it’s typically done with a temporary hyaluronic acid filler,” the Beverly Hills surgeon said. “It lasts up to one year and its done using a syringe and small needle.” Celebrity plastic surgeon, Dr. John Paul Tutela, MD, also weighed in on Teresa’s enhanced lips and added, “It definitely looks like she’s either had lip fillers, such as Juvéderm or possibly even a lip implant.”

Dr. Manish Shah board certified Denver, Colorado plastic surgeon added, “It looks like she’s added some filler to her lips when you compare this pic to pictures from a year ago.” Dr. Shah included details about Teresa’s dark tan and breast augmentation, as well.

“Her cleavage looks great and is probably due to nicely proportional breast implants. As far as that tan is concerned, it is probably natural, but she might have tried the Melanotan hormone to get it that deep if she didn’t enhance with a spray.”

Teresa has been hard at work at the gym and competing in several fitness competitions, which has been documented on RHONJ. “It is very common for those who compete in body builder shows to tan with spray tans or tanning beds to better show off their muscles and hide any minor skin flaws,” Dr. Shah added. The mother-of-four previously admitted to having had some work done during an appearance on Watch What Happens Live on Nov. 7. Initially Teresa told WWHL host Andy Cohen that she had only had Botox,  but when he pressed her about lip fillers, she admitted to having had “a little.”