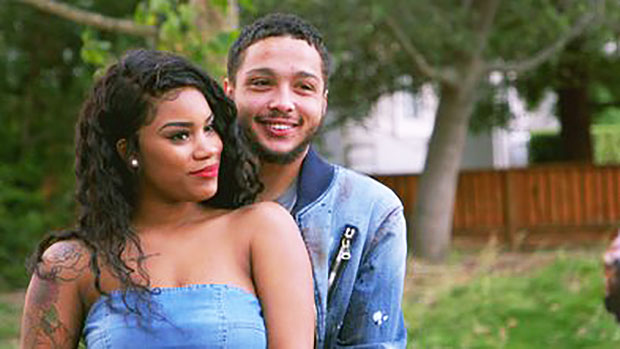 Well, that didn’t last very long. Just a short time after Ashley and Bar’s mom had made peace, they started arguing again on social media. Get the scoop, here!

So much for that emotional reunion between Ashley and Bar‘s mom, Shen. During the Nov. 12 episode of Teen Mom: Young & Pregnant, things took a turn for the worse when Ashley made a comment about a pre-filmed episode that was set to air, and Shen misunderstood it as a dig. The episode in question was the one where Ashley and Shen fought at Bar’s birthday party. Season 2 was being filmed while this particular Season 1 episode was about to air, so MTV cameras caught all the behind-the-scenes drama. Knowing the episode with the fight was about to air, Ashley took to Instagram and defended herself, but Shen wasn’t happy about that. Ashley deleted the post, thinking that’d be everything okay, but it didn’t. Shen took to social media herself and started blasting Ashley every which way. She even said she was holding auditions for Bar’s new wife. And then she and Ashley’s mom got into it on social media, too, so it was a big mess! And this happened after Ashley’s mom warned her about making peace with Shen — she predicted it’d come back to bite her in the butt, and it did!

Meanwhile, Lexi felt caught between her parents and boyfriend Kyler, as they continued to butt heads with each other. He said he’s adamant about moving far away from them, and they feel she should dumb him because of the way he treats her. And to be honest, we have to side with Lexi’s parents here. Kyler is so emotionally abusive towards her — not only does he dumb down her feelings, but he constantly accuses her of being annoying. Why is she even dating him? Dump. Him. Now. The way he treated her this week was insane. Why would someone put up with that?

Later, Kayla wrestled with a tough decision while Stephan reunited with his mom for the first time in two years. She had previously moved to Florida so she could live in a warmer climate to help with her Lupus, and he hadn’t really reached out to her since she left Illinois. So upon their reunion, tears were shed. She urged him to straighten his life up, and we’re glad she did. But we’re not holding our breath on it actually working for him. Anyway, Kayla also decided to move out of her mom’s house, but her mom was less than pleased with that idea. She told Kayla that she’d have to start paying for her phone and car insurance if she moved out, and Kayla felt that was unfair. In fact, she started crying and saying her mom is always “rude” to her. (No comment.)

Brianna also moved to make some big changes in her life, as she told Robert it probably wasn’t the best idea for them to move so fast in their relationship. She doesn’t feel he’s been very motivated about getting his high school diploma or a job, so she told him to step up or step out! Yikes.

And finally, Jade‘s boundaries with Sean started getting fuzzy when she allowed him to crash at her place for a few nights. He even drove her to the dentist’s office when she went to see about getting her wisdom teeth removed. And he also tried moving in with her when she found a new place to live. Will she allow him to? We hope not.