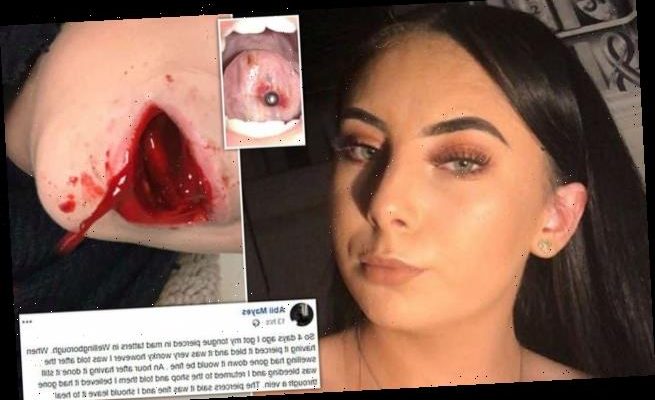 Horrifying images show a teenager in fear that she was bleeding to death after a tongue piercing went wrong.

Shocking pictures and video show Abii Mayes, 17, from Wellingborough, Northamptonshire with blood pouring from her mouth after the piercing punctured a vein.

She was immediately concerned by swelling and moderate blood loss immediately after the piercing on October 17, but after four days of agony and ambulance crew was sent to her home.

Rather than go to hospital she says she followed their advice to remove the piercing. The result was a torrent of blood that made her fear for her life and resulted in her being admitted to A&E. 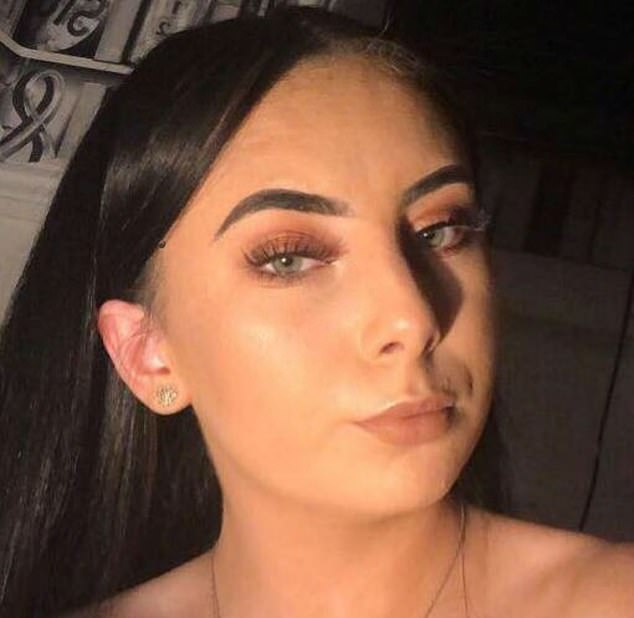 Abii Mayes, 17, from Wellingborough, (pictured) had a big scare when her mouth started to bleed unexpectedly 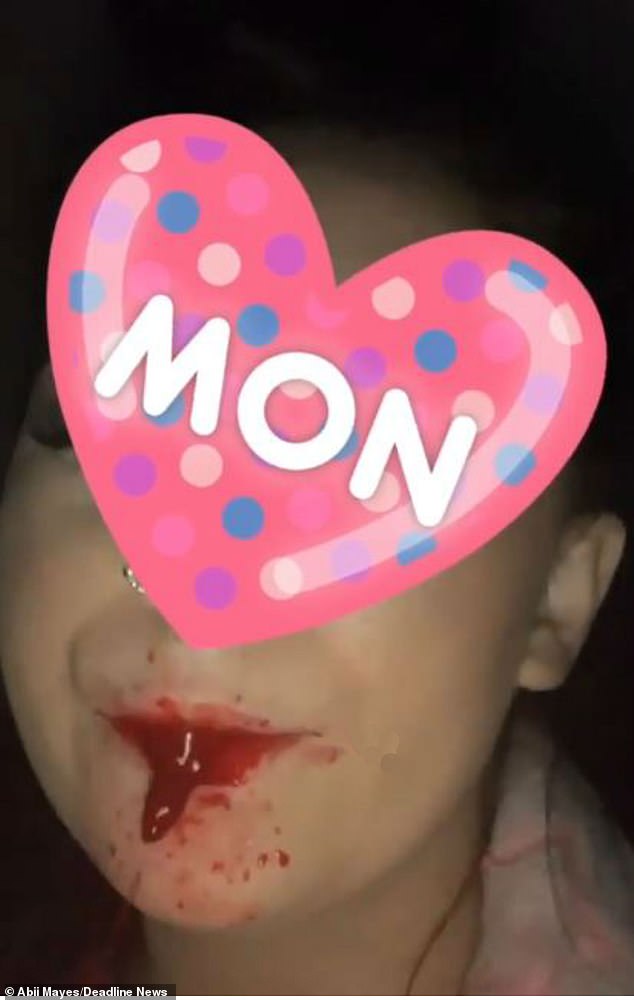 Abii posted the images to social media on October 21, writing: ‘So four days ago I got my tongue pierced.

‘When having it pierced it bled and it was very wonky. However I was told after the swelling had gone down it would be fine.

‘An hour after having it done it still was bleeding and I returned to the shop and told them I believed it had gone through a vein. The piercers said it was fine and I should leave it to heal and see how it goes from there.’

She added: ‘On the fourth day of having my piercing I was ready to go out and suddenly felt blood running down my tongue.

‘I was in the toilet for 20 minutes spitting pure blood with huge clots and was scared for my life due to the amount of blood I had lost. 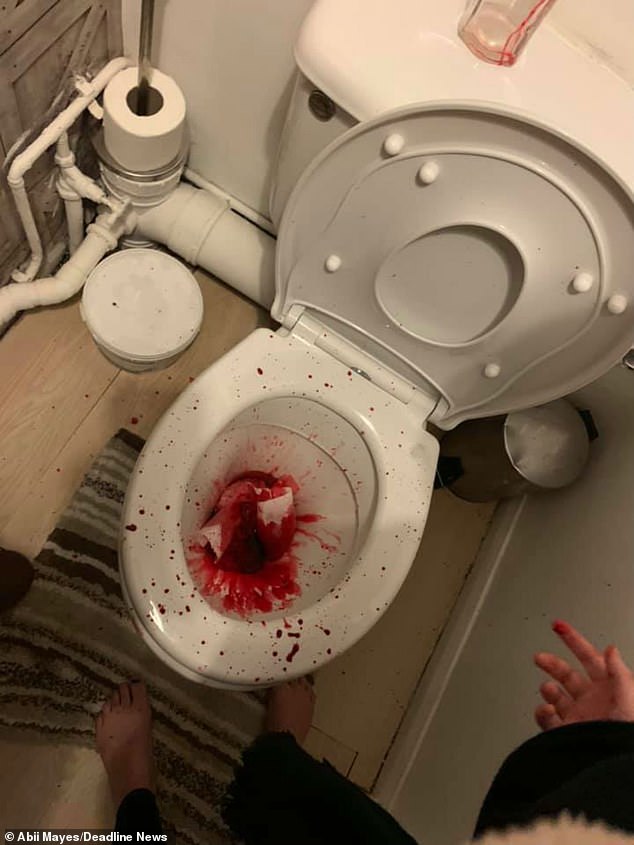 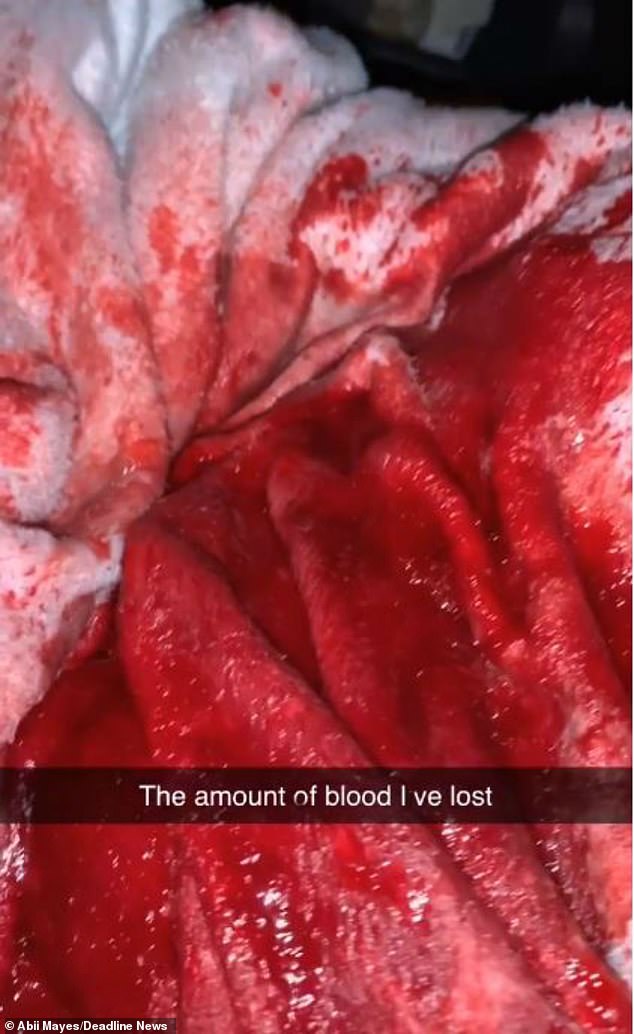 ‘As soon as I slid the bar out the tongue splurged with even more blood than before.I used a blanket for the blood to fall into.

‘We rushed straight over to A&E where the nurses and doctors were extremely shocked with how much blood I had lost and was immediately seen.’

In the same post, Abii added that when she returned to the shop to complaint after her A&E trip, she was told that she couldn’t be admitted to the shop, as she was a minor.

The teen added the piercing parlour had been ‘more than happy’ to pierce her nipple, and had not required ID from her to do so. 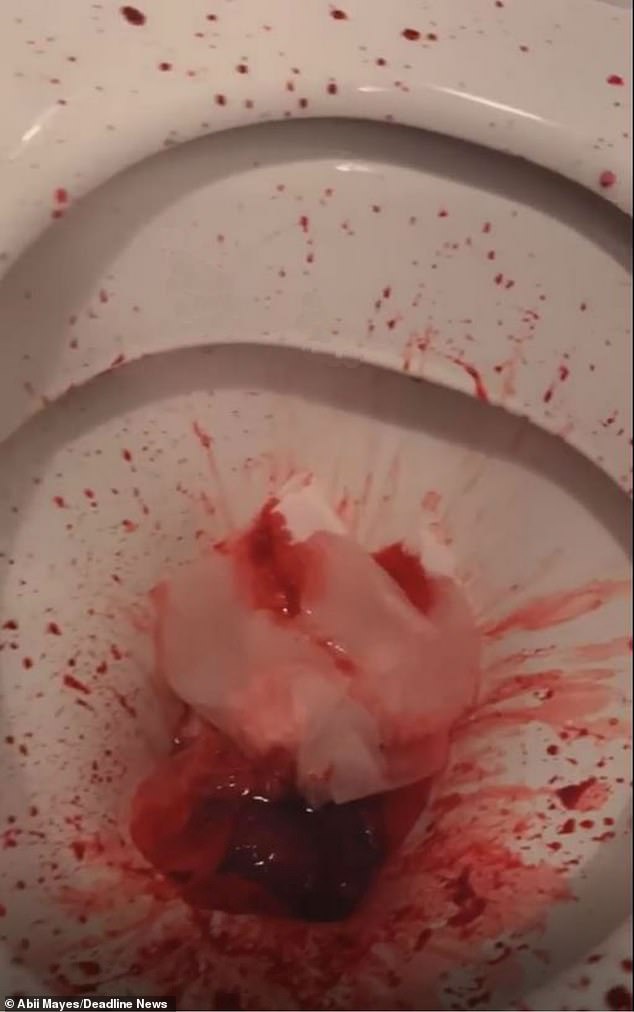 Abii had to rush to the hospital when the bleeding wouldn’t stop. She said her tongue hurt for four days after the initial piercing, before starting to bleed on its own 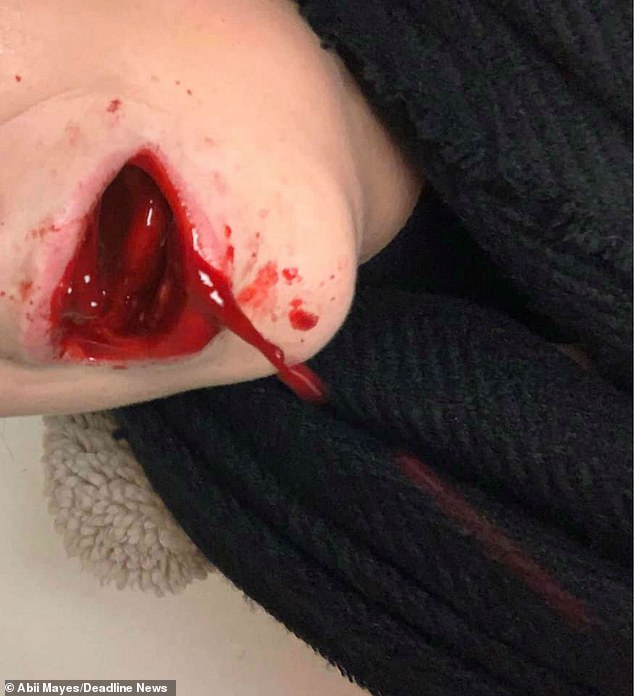 Abii said the tattoo parlour where she got pierced refused to let her in when she went to complain after the ordeal. Pictured\: A video grab shows Abii spitting blood

Rosey Vasquez said: ‘This is literally my worst fear, but no matter what age the professional that did your piercing should have adjusted the spot being pierced everyone’s veins are set different.

‘This was not on your part this is on the shops part and you were right for telling them what happened. I hope you get better,’ she added.

Shannon Stacey Wilcox commented: ‘You can blatantly see the vein & they piercing has gone through/ How blind do you need to be? Appaling they left you like that!’ 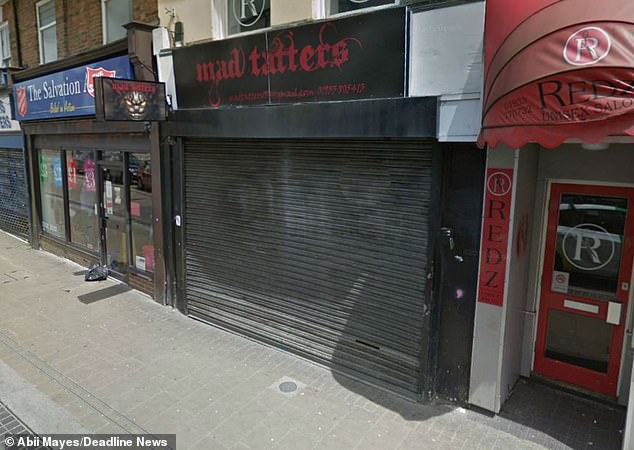 A picture of the Mat Tatters tattoo parlour where Abii had her tongue pierced. She claimed the store refused to take responsibility

Sarah Ford posted: ‘Even if you knocked it it wouldn’t bleed like this.

‘Absolute jokes need to sort themselves out. I’d seek legal advice against them this is a disfigurement caused to your bod,’ she added.

Hayley Mitchell said: ‘Omg that’s awful! There is normally sod all blood!No reputable piercer would go near the veins! (Even refusing to pierce a tongue if the veins are too close together) Poor poor girl.’

Margaux Jenna Lotus also said: ‘I’ve had a lot of piercings and you can clearly see this has gone through the vein.’

‘Only go to a reliable piercer and no cheap piercers,’ she added. ‘This is terrible, they should have taken it out for her. And to have pierced her nipples before she was 18 is against the law as it’s considered to be indecent assault.’

Abii says she had the piercing a Mad Tatters in Wellingborough.

They have deleted their Facebook page since the row blew up and they were inundated with critical comments.

Abii says they denied responsibility. They are understood to have told Abii on Facebook that she may have caught the piercing after it was performed.

When a reporter called Mad Tatters today (wed) a member of staff answered but then immediately hung up.