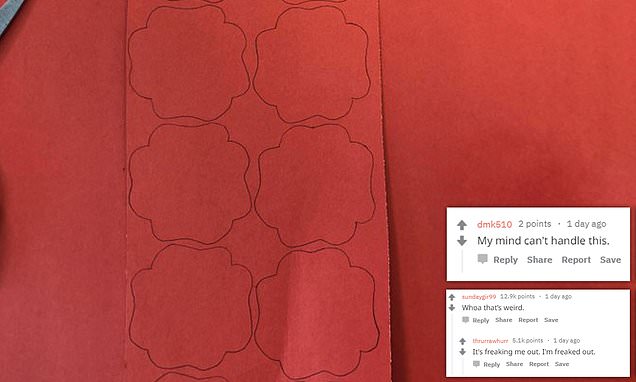 Are the poppies overlapping? Teacher accidentally creates a mind-boggling optical illusion – and people can’t figure it out

A teacher accidentally stumbled upon a mind-boggling optical illusion after drawing the outline of poppies for their students to cut out.

Posted on Reddit the Canadian user by the name of SlipperyPockets explained that they had made a stencil on a piece of red card, but when looking at the curved flower shapes they appear to overlap even though they’re all separate on the page.

It attracted thousands of comments and votes on the popular site with people complaining the illusion was hurting their eyes, and another saying it ‘made their brain tingle’. 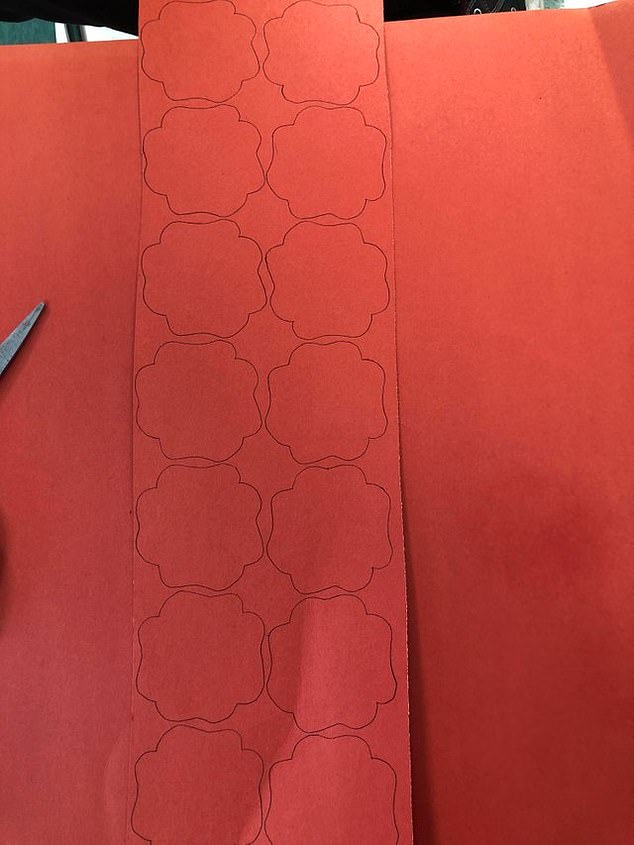 The Redditor named SlipperPockets, explained they were a teacher from Canada making a poppy wreath in honour of Armistice Day, which is also known as Remembrance Day in the UK, and spotted that the flower shapes appeared to be overlapping when they weren’t 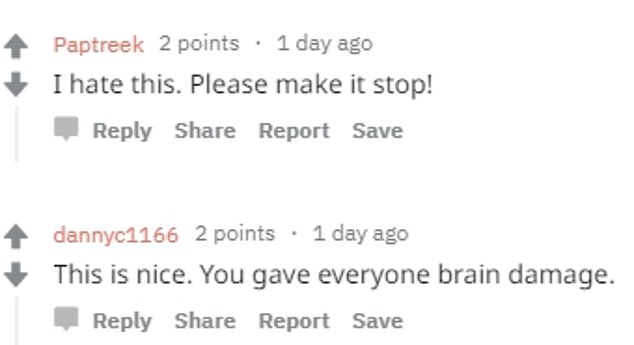 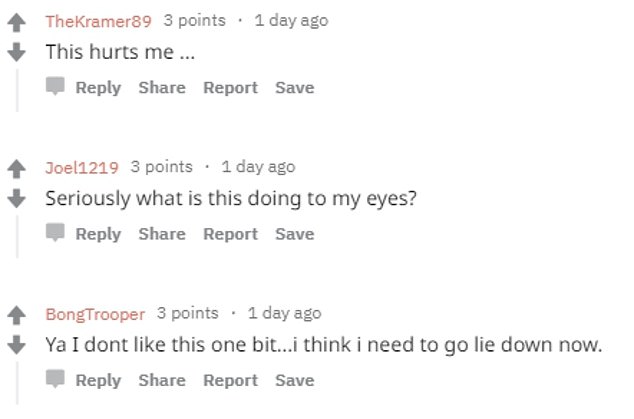 The mind-boggling illusion left many saying it ‘hurt their eyes’ as they couldn’t figure out what they were looking at, some said they saw overlapping circles if they looked at the image for too long

The poppy illusion led some to debate over why it was baffling so many, agreeing it could be down to the gestalt continuity law.

‘Your brain is taking a shortcut and seeing the lines from one poppy continue a smooth, natural arc which is actually a line from an adjacent poppy,’ one explained.

‘Notice how if you use your imagination to fill in the small space between the shapes the line could easily just be continuing and overlapping, it flows.’

Another added: ‘I think it’s because our brain wants to think it’s a circle and connects between the curves? Crazy cool.’

‘Whoa that’s weird!’ said one, while another said: ‘It’s freaking me out. I’m freaked out.’

The teacher explained that the poppies were for a wreath the class was making in honour of Armistice Day, which is also known as Remembrance Day in the UK.

The post received thousands of comments and iupvotes with many saying they’d never seen anything like it, suggesting it was a ‘brand new illusion’

After a fellow Reddit user asked what it felt like to create a ‘new optical illusion’ they replied: ‘It felt pretty great. The kids thought it was sort of cool.

‘Then laughed at me when I took out my phone to take a picture of it. I thought it was cooler than they did. I’m glad Reddit is here to make me feel cool again.’

Many Redditors claimed that the poppy illusion was something they’d never seen before: ‘This OP [original poster] might have legitimately stumbled on a brand new optical illusion.’

‘It’s been years since someone showed me a new optical illusion. Thank you!’

‘Yeah this is awesome stumbling upon a brand new illusion,’ added another.