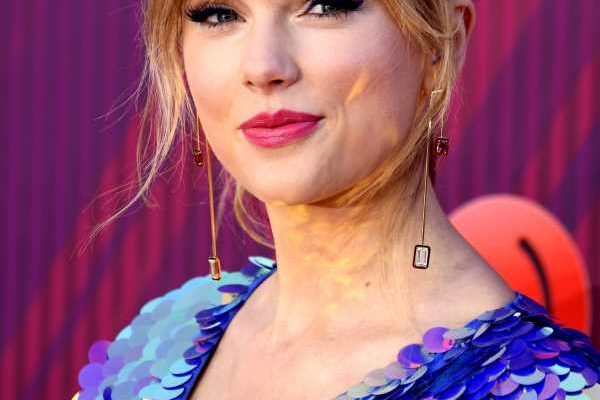 Taylor Swift is back. Two years after releasing the Reputation album and less than a year following the final performance of the Reputation tour, Swift has dropped new music for her fans to binge to their heart’s delight. Taylor Swift’s "Me!" with Brendan Urie dropped on April 26, and the Swifties are losing their minds over the new song.

The song’s lyrics are all about embracing your individuality. "I’m the only one of me, baby, that’s the fun of me," Swift and Urie sing in the chorus. It’s the perfect follow-up to the iconic "Shake It Off" single in 2014, which was all about finding your voice and ignoring the haters.

Swift actually talked a little bit about the new song with Robin Roberts during a brief interview a few hours before its release on April 26 during the NFL draft. She explained that “Me!” is all about empowerment and features Brendan Urie from Panic! At The Disco.

“‘Me’ is a song about embracing your individuality and celebrating it and really owning it. I think that with a pop song, we have the ability to get a melody stuck in people’s heads and I just want it to be one that makes them feel better about themselves, not worse,” Swift revealed during the interview.

Swift had been teasing the impending arrival of this song for a couple of weeks before it dropped on Friday, April 26. No one knew what it was going to be, only that something from Swift was coming out on that date. Fans waited with baited breath as the countdown on Swift’s website kept ticking closer and closer to the release date, and now that it’s here, they’re already theorizing when her seventh album will come out.

Artists typically release albums every two years. Reputation dropped in August 2017, so it’s about that time for Swift to release her seventh studio album. And while the drop of her new single is exciting for her fans, it didn’t come with any album announcement, so she’s still keeping them on their toes — and, in the meantime, dropping lots of clues.

All of her Instagram posts from Feb. 10 on fit into this color scheme.

Her outfit for the iHeart Radio Music Awards also fit into this color scheme. 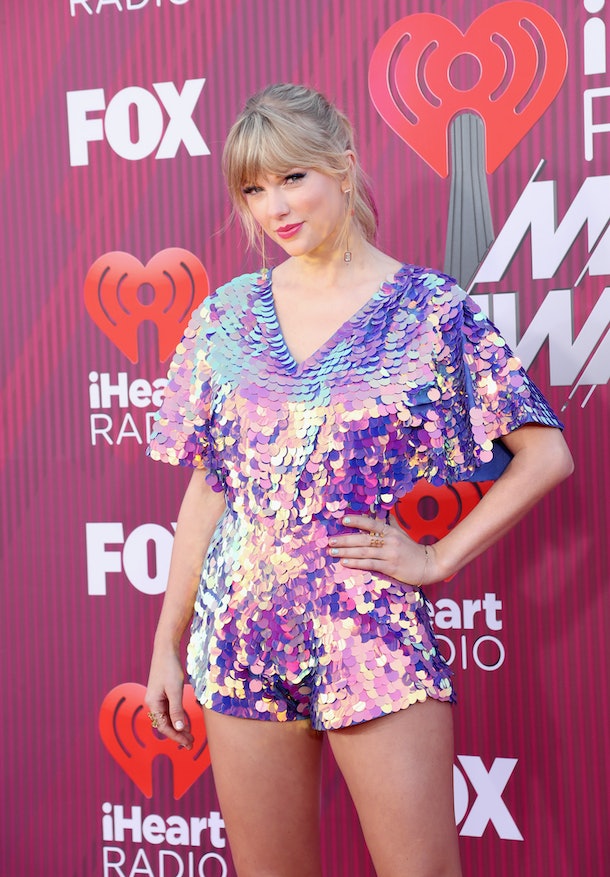 I’m not implying that Swift’s new music was going to be all about rainbows and glitter, rather just pointing out the pattern she has clearly been following. (Though when you look at the aesthetics in "Me!," it’s very clear that rainbows and glitter were the inspiration.) When Swift’s posts follow a certain theme, that almost always means that new music is coming soon. Not one to pull a Beyoncé and drop a surprise album (or two… or three… the things you do to me, Bey), Swift’s modus operandi is to drop small hints and keep things vague up until she’s ready to release her music.

She did the same thing with Reputation. In August 2017, she wiped her social media accounts completely clean to start the rollout of her snake marketing videos. These videos came to a climax when Swift dropped "Look What You Made Me Do" at the MTV Video Music Awards later that summer. All of the Reputation marketing followed this same ~dark Taylor~ theme (with some exceptions for the release of the more romantic songs like "Gorgeous") until the full album was released on Nov. 10, 2017.

Long story short, Swift followed her typical formula for releasing the lead single of a new album with these clues she’s been dropping on Instagram and Twitter over the last few weeks. Now that "Me!" has been released, fans can be pretty sure that an album isn’t far behind, thanks to her history of music release practices.

And I can’t even take credit for noticing this pattern, as the Swifties did this long before I did and already have a pretty solid theory as to when the rumored album will drop. The devil works hard, but Taylor Swift’s fans work harder.

Fans think Swift’s next album will be released on July 13 because July is the seventh month of the year, this will mark Swift’s seventh album, and 13 is her favorite number.

Her fans also discovered two sites that direct you right back to Swift’s website that confirm their theory even more.

According to one fan, there is reportedly one website called apriltwentysix.com (the date of the arrival of "Me!"), and another called julythirteen.com. It’s not clear if Swift’s camp made these sites, but the fact that they redirect to Swift’s site is interesting. The two links could very well be fan made, however, so take these with a grain of salt.

Regardless of when her next album could drop, fans do have a new song to enjoy now. Have fun binging "Me!," Swifties!