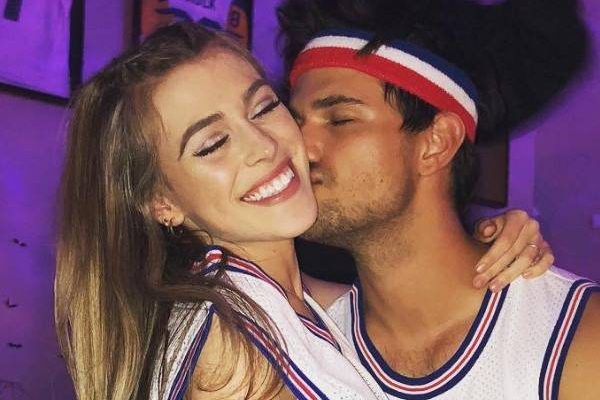 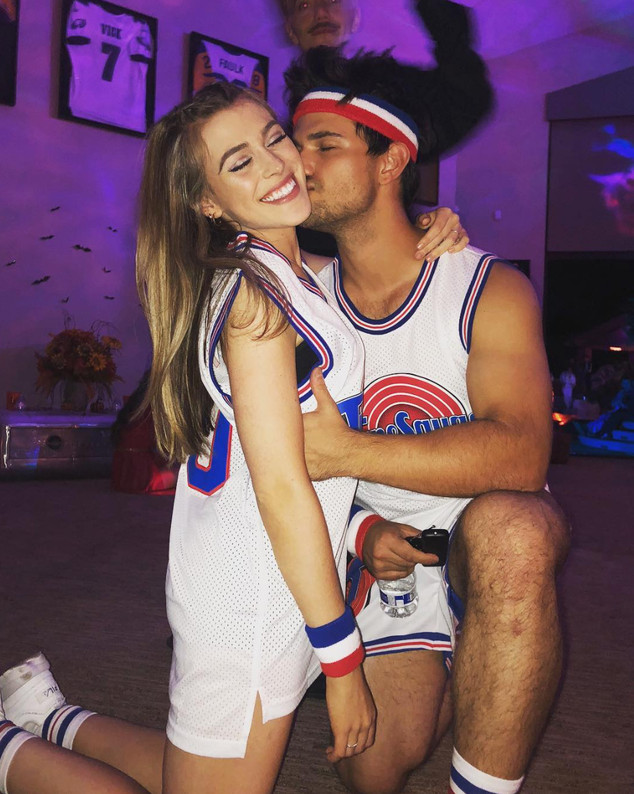 Looks like there’s a new number one #TeamJacob fan in town.

Taylor Lautner went Instagram official with his new romantic interest this weekend as he and his girlfriend dressed up as members of the Tune Squad from Space Jam. In his photo, Lautner kissed his girlfriend’s cheek as she smiled and closed her eyes happily.

Lautner’s girlfriend, whose name is Tay and is a nursing student according to her Instagram, also posted a picture of the two of them at a Halloween party. In one of her Instagram story photos, she posed next to a guy who ironically (or coincidentally?) dressed up as Jacob from Twilight. “Wait that’s not my boyfriend???” she captioned it.

It looks like Taylor and Tay (aww) are a strong two-person wolf pack.

Lautner’s photos from this weekend are the first instance on his Instagram page of their relationship, but Tay has posted a few photos of them over the months. 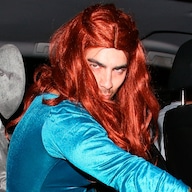 Stars Who Dressed Up as Their Celeb Pals for Halloween

On Sept. 16, Tay uploaded a picture of Lautner kissing her head either at or before a wedding. Her subtle references, however, go back to at least a month earlier. The two of them both attended the Stagecoach Country Music Festival in April, but it’s unclear if they knew each other by then. On June 8, Tay posted a photo of herself wearing a shirt that said “Darlin'” on it and she captioned it, “Missing my Darlin” and tagged Lautner.

Tay also seems to know Lautner’s sister, Makena Lautner. Makena underwent a second heart surgery in August, and both Tay and her boyfriend shared pictures supporting Makena. “~RELENTLESS~  Your strength & constant trust in the Lord have never failed to inspire those around you. Praise to a sovereign God and a successful procedure!” Tay wrote.

Makena has posted pictures of herself and Tay together. “COME BACK TO NASH @taydome,” Makena  captioned one of them.

The 26-year-old actor was previously linked to Billie Lourd, his co-star in Scream Queens. The two of them started dating around September 2016, but split in July 2017 after eight months.