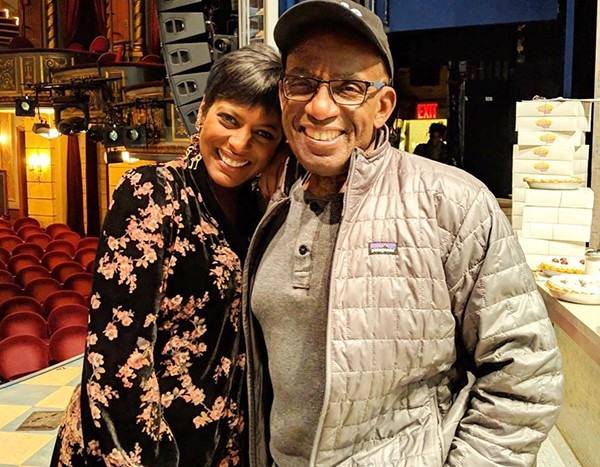 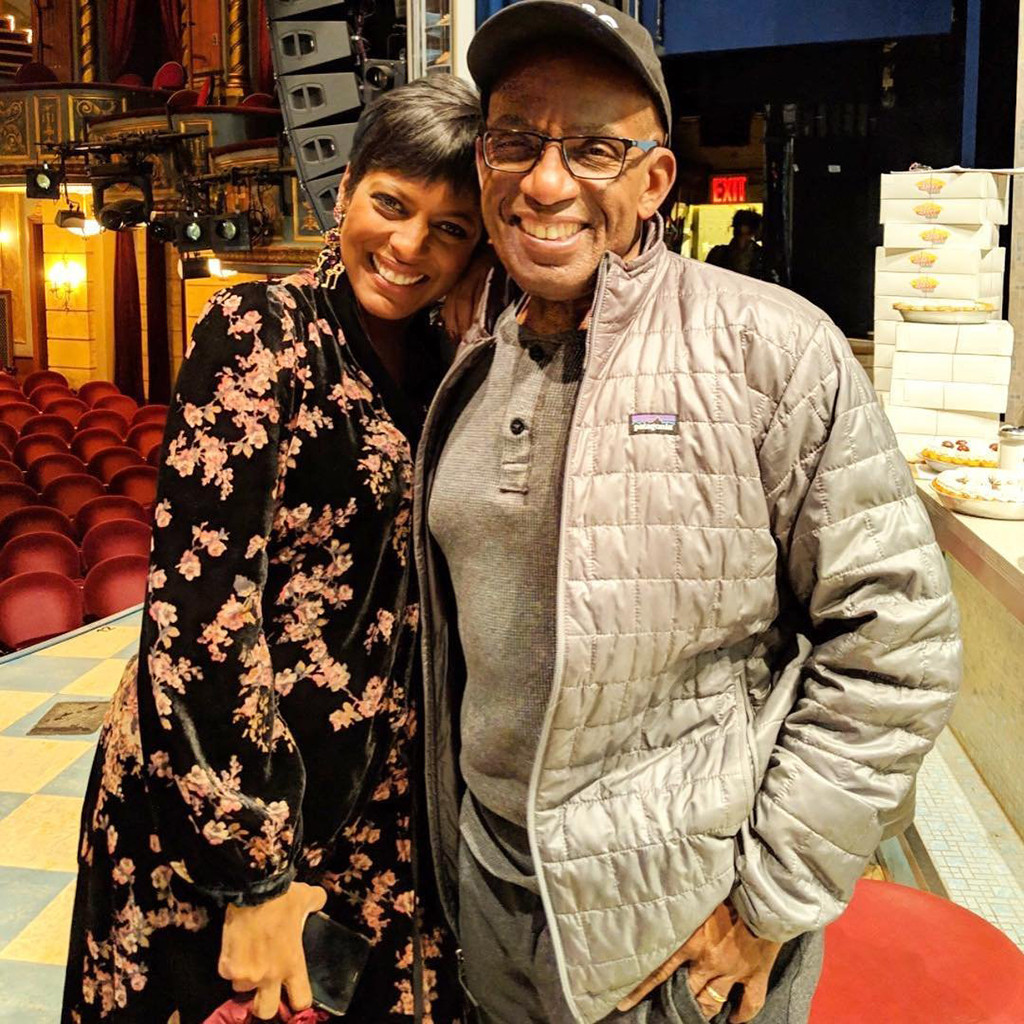 Tamron Hall and Al Roker got back together—temporarily.

Hall met up with her former Today colleague at Broadway’s Brooks Atkinson Theatre Thursday, sharing a photo of their reunion on social media. “Smiling ear to ear tonight with @alroker!!! Bravo Mr. Roker for an incredible performance in @WaitressMusical. The entire cast lit up the stage,” she tweeted. “A magical Broadway NYC night. I’m blessed to know this icon. Yes, he sings in the show!” On Instagram, Hall said he is a “true icon,” raving, “Blessed to know you sir.”

Roker, who is making his Broadway debut as diner owner Joe, retweeted his friend. “It was great seeing you Ms. Hall,” he wrote. “And you are correct, this is an incredibly talented cast!!” (Roker’s limited run ends Nov. 11, and he does not perform in Saturday and Sunday matinees.)

The timing of Hall and Roker’s reunion raised a few eyebrows, considering it occurred hours after multiple outlets reported Megyn Kelly Today was facing immediate cancellation in light of Megyn Kelly‘s controversial comments about blackface. Viewers will remember Kelly’s program replaced Hall and Roker in the 9:00 hour of Today, spurring Hall’s decision to leave NBC News altogether; Hall is planning to launch a daytime talk show on ABC in the fall of 2019.

NBC News has not confirmed reports that Kelly’s show has been canceled, but repeat episodes aired Thursday and Friday. Meanwhile, a source told E! News that in light of the host’s latest divisive remarks, “Conversations have already started about Megyn’s exit from the network.”

Kelly’s lawyer is meeting with NBC brass Friday to negotiate her exit. The former Fox News anchor joined NBC News in 2017 after signing a three-year contract for a reported $69 million.

Amid backlash, Kelly apologized to colleagues via e-mail Tuesday and to viewers Wednesday.

Roker was among the first to condemn her “racist” remarks. “The fact is, while she apologized to the staff, she owes a bigger apology to folks of color round the country,” he told his co-hosts in Wednesday’s episode. “This is a history going back to the 1830s minstrel shows to demean and denigrate a race. It wasn’t right. I’m old enough to know have lived through Amos ‘n’ Andy, where you had white people in blackface playing two black characters, just magnifying the worst stereotypes about black men—and that’s what the problem is. That’s what the issue is.”

(E! and NBC are both members of the NBCUniversal family.)