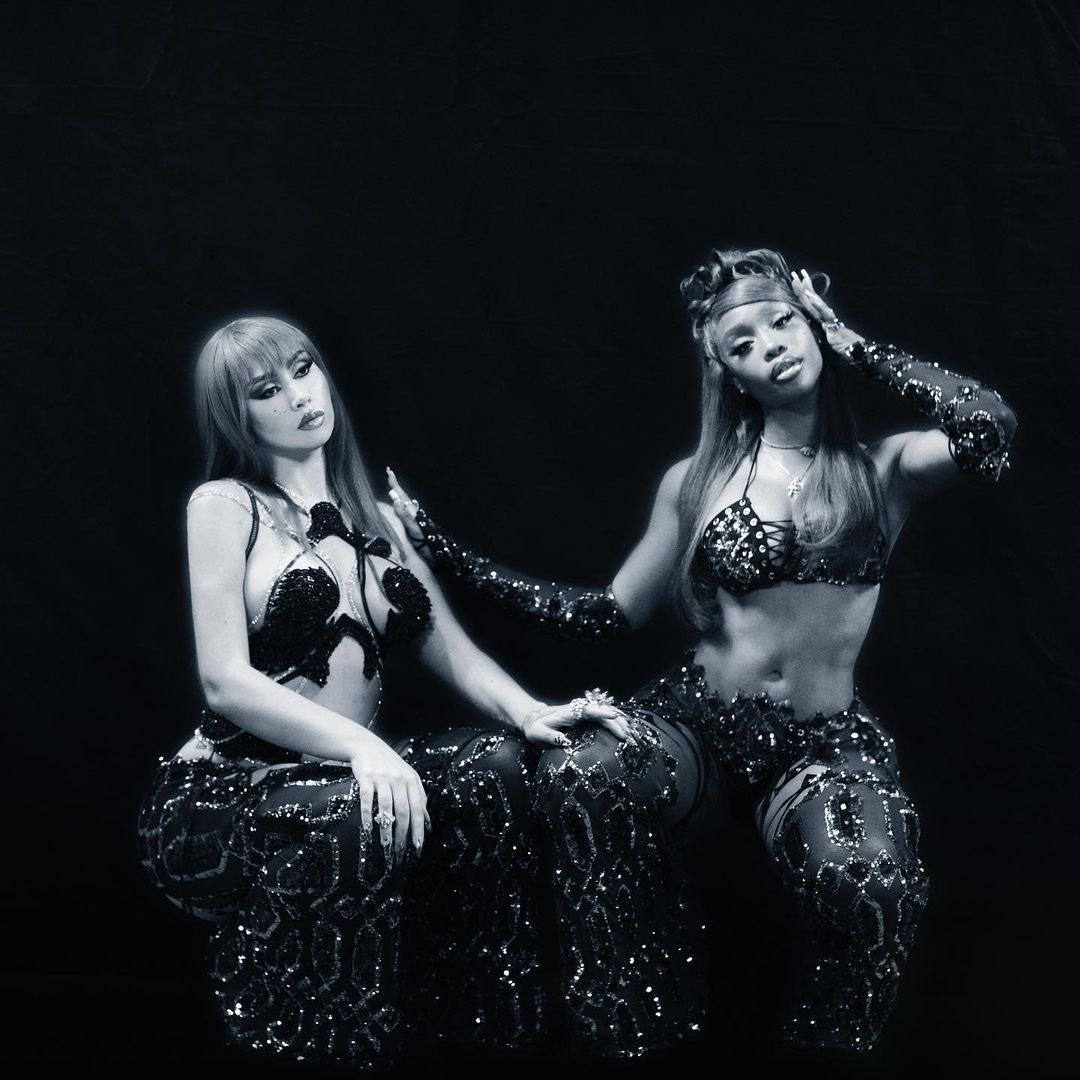 SZA continues to build up her resume and, thanks to Kali Uchis, she can now adds “sings in Spanish” to her CV. In Uchis’ new music video for her song, “Fue Mejor,” SZA joins in, singing in in the language for the first time. Unsurprisingly, the result is a steamy, sultry three minutes and fifty seconds.

“This is Latin R&B, this is SZA singing in Spanish for the very first time, this is spooky season, this IS the moment,” Uchis said about the song in a statement and she’s not wrong. The track, which comes off her second studio album, Sin Miedo (del Amor y Otros Demonios), originally featured Canadian singer PartyNextDoor, who sings in English. Sin Miedo being Uchis’ first project predominantly in Spanish, however, makes SZA’s verse seem more relevant.

Both women bring the heat in the music video (which literally features Uchis dancing while surrounded by fire). For a majority of the video, Uchis’ wears a look that seems to be Aaliyah-inspired—baggy low-rise pants, a bikini-like top, and long straight hair. She enjoys some quality time with a friend in the backseat of her car before hopping on top of the hood. SZA, meanwhile, is perched on top of a vehicle in motion as she sings her first line: “Tú nunca fuiste mio, tú nunca fuiste mierda.” Translation: “You were never mine, you were never shit.”