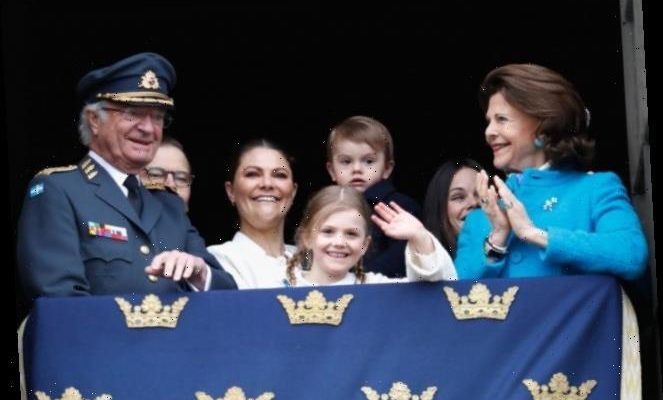 In a decision made by the King of Sweden, five members of the Swedish royal family — all grandchildren — have been stripped of their royal titles (learn more about royal titles here). Ahead, learn why the king’s own children, Princess Madeleine and Prince Carl Philip, are happy with their kids no longer having royal titles.

The Swedish royal family announced in a statement on their website that five grandchildren in the royal family will no longer have their his/her royal highness status, according to CNN.

Although the grandchildren won’t exactly be stripped of all their titles. They’ll still have their prince/princess and duke/duchess titles.

Also noted in the statement, two grandchildren were excluded from the title-stripping. Princess Estelle and Prince Oscar, the children of the country’s Crown Princess Victoria, will still have the her and his royal highness titles.

Princess Madeleine and Prince Carl Philip are happy with the change

Princess Madeleine and Prince Carl Philip, King Carl Gustav’s children, have said on social media — both posted on Instagram following the announcement — they’re happy with their kids not having royal titles.

37-year-old Princess Madeleine and her husband, Christopher O’Neill, have three children together: Leonore, Nicolas, and Adrienne. See an adorable photo of her kids below.

Sharing a photo of herself with her kids, Princess Madeleine wrote about the change saying that it had been “planned for a long time.” She also said no longer having royal titles gave the children a “greater opportunity to shape their own lives as private individuals.”

As for her older brother, Prince Carl Philip, 40, who is married to Princess Sofia, also shared his feelings about the major change on social media.

He posted a picture of himself along with his wife and their two sons, Prince Alexander and Prince Gabriel. He wrote in the caption the removal of the titles gives them “freer choices in life.”

In addition to no royal titles, the children won’t have to perform royal duties, Fredrik Wersäll, marshal of the realm, said in the statement.

They are unlike their royal counterparts in Britain, Prince William, Duke of Cambridge, and Prince Harry, Duke of Sussex, who both have the royal highness title, and are considered to be “working royals” because they’re expected to attend events and work on behalf of the royal family as high-ranking members.

In contrast, Princess Beatrice of York as well as her younger sister, Princess Eugenie of York, aren’t working royals meaning they have day jobs and more freedom (Princess Eugenie has her own Instagram account and sometimes shares pictures from her private life) because they’re further down in the line of succession.

That means as the children grow up — they’re all still young — they won’t have to spend their days at royal events. Instead, they’ll be able to go to school and spend time with friends or play without being obligated to attend a specific event on behalf of the Swedish royal family.

In addition to not having titles and not being required to perform royal duties, the move by King Carl Gustaf shrinks the number of people who will receive money from taxpayers.