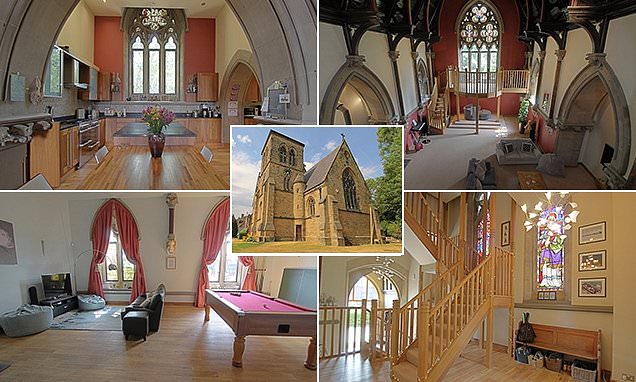 It’s heavenly! Converted church in Yorkshire with stained glass windows, vaulted ceilings and working clock tower could be yours for £950k

A former church in the outskirts of Leeds isn’t for a congregation this Christmas, or any other time of the year for that matter.

The Grade II listed building has been converted into a stunning family home and put on the market for just shy of £1million.

The four-bedroom property in the village of Woodlesford is called All Saints House and was converted in 2004. 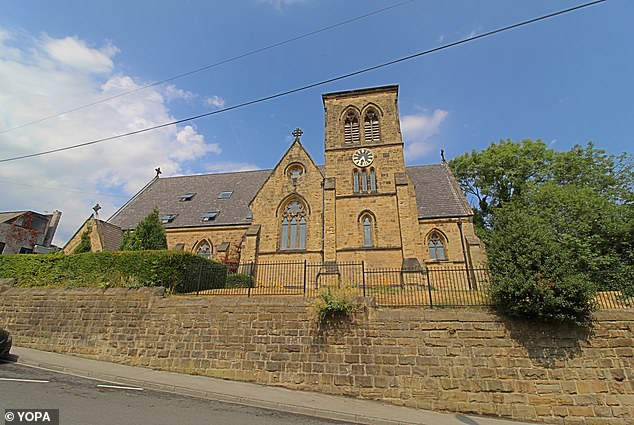 The family home is currently on the market for £950,000, via estate agents Yopa

The former church in Yorkshire extends across 5,273 sq ft – the equivalent of more than two tennis courts – and is on the market for £950,000 via online estate agents Yopa.

It is set behind a set of electric wrought-iron gates with a driveway that leads to the original front doorway.

HOW THIS IS MONEY CAN HELP

The large entrance hall has a solid oak staircase leading to the first and second floors.

The modern staircase is set against a backdrop of several large stained glass windows.

There is a corridor that leads through the building and into a breathtaking grand hall, which includes a dining area, modern kitchen, and a mezzanine seating gallery.

All of the floors can be accessed via two staircases, with the second floor dedicated entirely to the master bedroom suite. 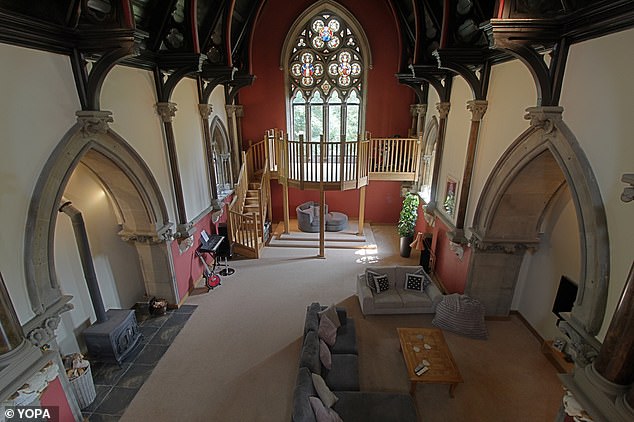 There are some impressive features at the property, included stained glass windows – and a cove perfect for a television 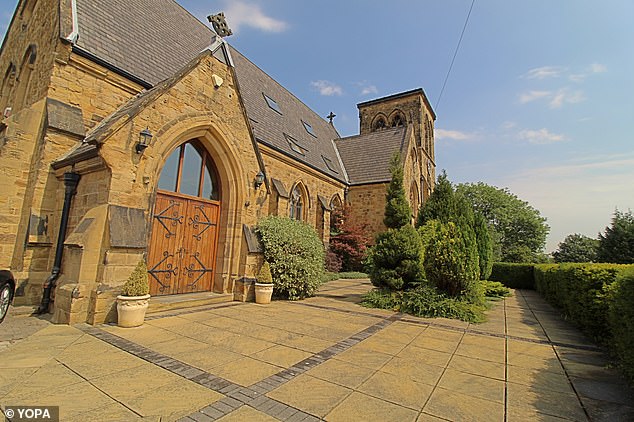 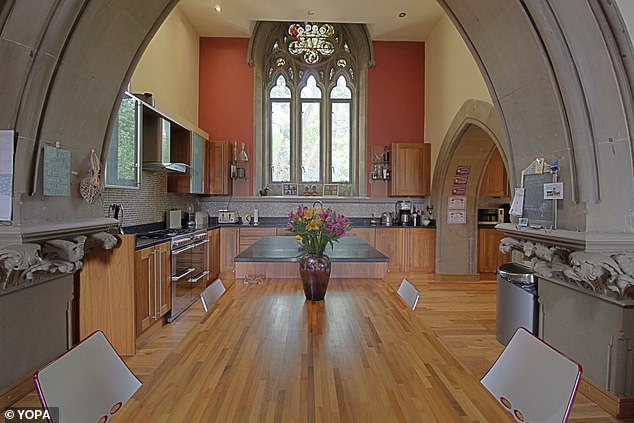 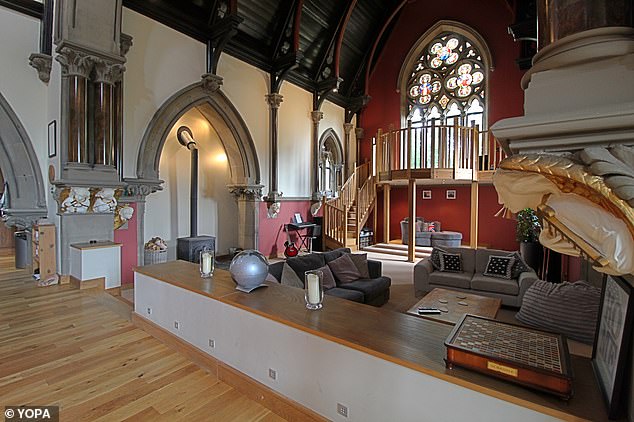 Outside, there is a lawn, along with a secluded private patio area that provides further space for entertaining.

The converted church also includes the original clock tower that has been fully restored and is in full working order. 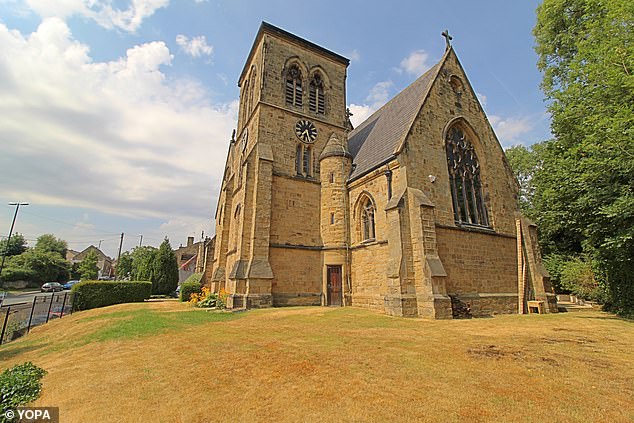 The former church is in the village of Woodlesford, which is six miles south-east of Leeds 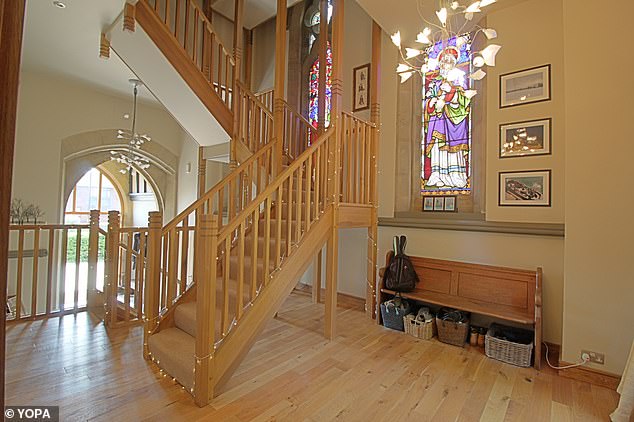 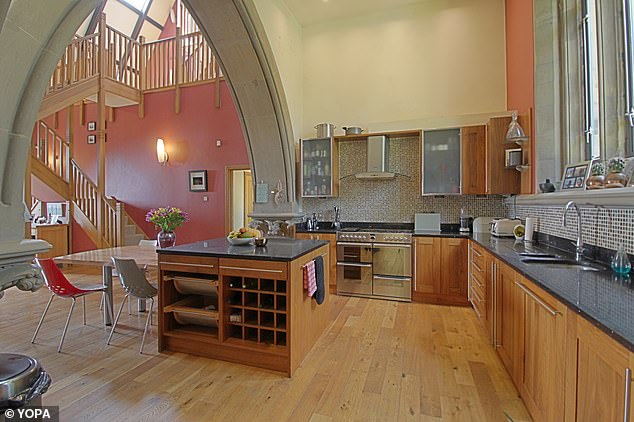 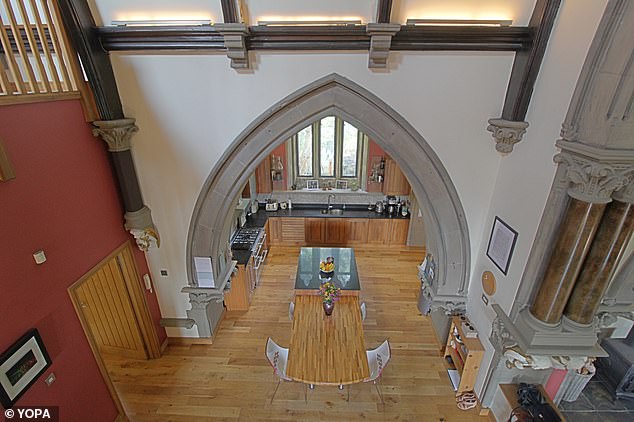 The property extends across 5,273 sq ft – the equivalent of more than two tennis courts 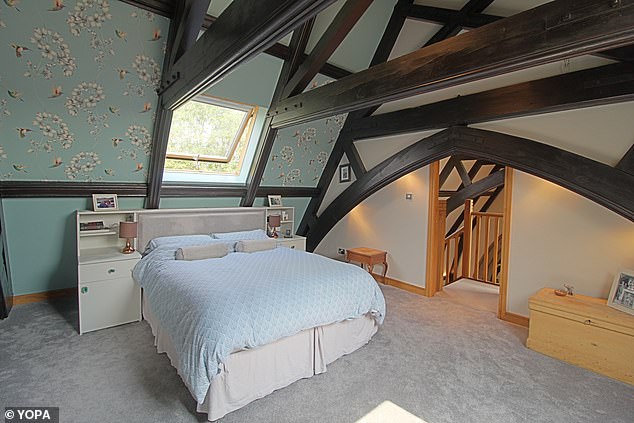 The former church has been converted to include four unique bedrooms

The average price of a property in Woodlesford is £233,422, according to property website Zoopla. It compares to £278,033 for the entire country.

There is also a primary school and a railway station – with services to Leeds, Sheffield and Barnsley. 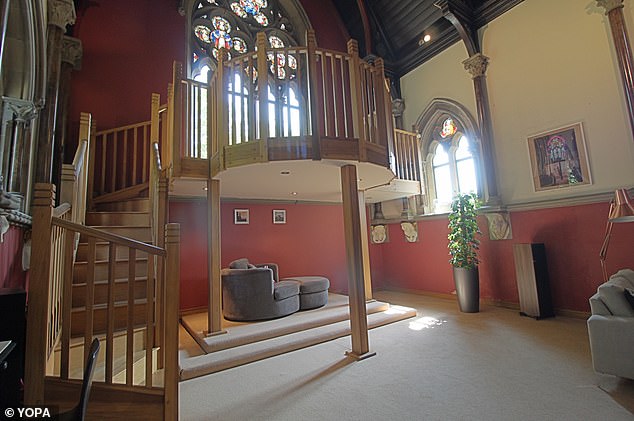 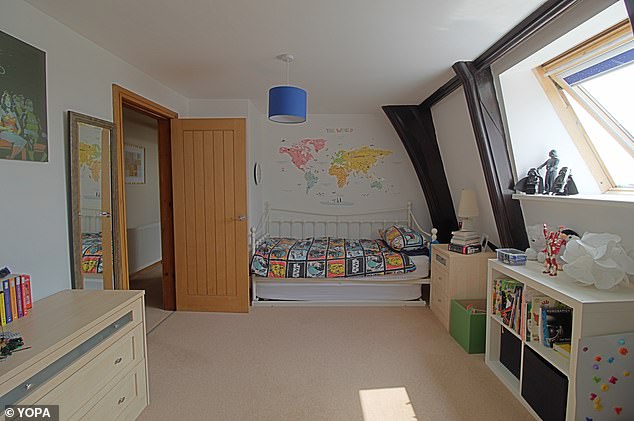 A family home: The converted property has been designed with childrens’ bedrooms 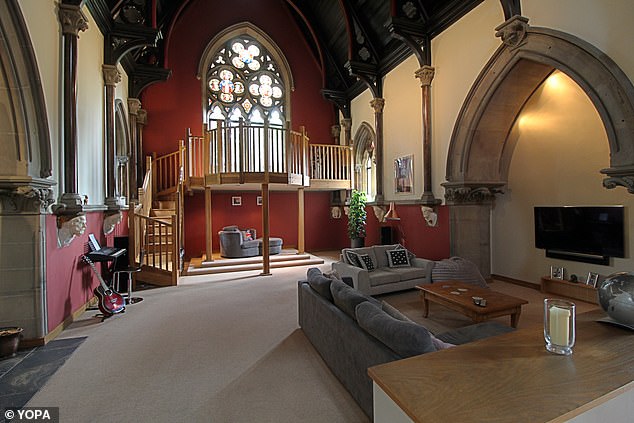