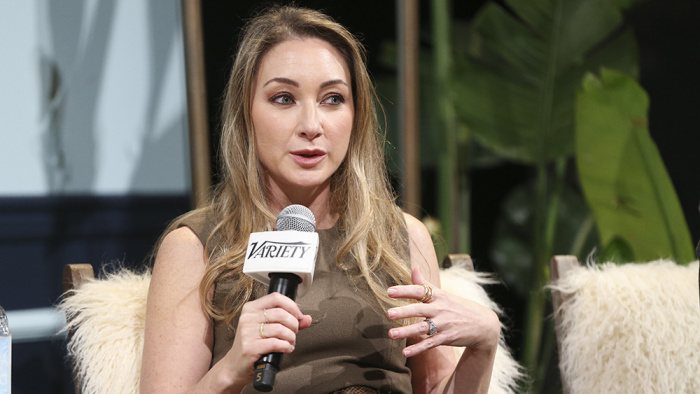 On a day where a large part of the Fox marketing department was wiped out in the aftermath of the Disney merger, a group of marketing chiefs from other studios and streamers sat down at the Variety Entertainment Marketing Summit presented by Deloitte “to discuss the issues shaping the feature marketing landscape today, including the theatrical distribution vs. Netflix Oscars debate.

“It’s an Academy issue, they need to figure out how they want to define what a feature film is…they need to be crystal clear on how they’re evaluating it,” said Michelle Hooper, Marketing EVP at Fox Searchlight. “For me I feel like it needs to be a level playing field, they need to define is it a four-week theatrical window, and they need to report box office, regardless of the spending. It just needs to be defined and all of us need to be playing in the same sand box.”

Kelly Bennett, Netflix’s Chief Marketing Officer, who insisted that the streamer’s reportedly astronomic marketing budget for “Roma” has been “vastly exaggerated in many quarters,” said that Netflix views the nature of streaming as equivalent to the film being “in the theater forever.”

Later in the conversation, Bennett engaged in an amusingly barbed exchange with Blair Rich, President of Worldwide Marketing at Warner Bros., on the subject of Netflix’s seemingly hefty push into the outdoor advertising space in the run-up to the Oscars.

“There are some trends that are interesting, when Kelly goes out and buys the outdoor company, that changes how we have to approach the medium,” Blair said in response to a question about how the allocation of ad money has changed in the last few years.

“We didn’t buy the company just to be clear. We bought some inventory, not the whole company,” Bennett replied, causing some laughter and intakes of breath from the audience.

Rich went on to stress the importance of theatrical distribution given the amount of time and effort she and her colleagues put into their campaigns.

“I was in the back of this Uber and I’d been working on this film for a really long time, and he looks up at a billboard for the film and says, ‘I’m so excited to watch that on Netflix,’ and I said, ‘No, no, no, that’s coming out in theaters, I’ve been working on it for over a year,’” Rich said. “The point is that television used to look like television and films used to look like films, and now there’s just content, and for all of us how we differentiate and convince the consumer to make a choice is different, you have to adjust your strategy constantly.”

The marketing heads also discussed the balance between using data to drive their decisions, and trusting their marketing instincts.

Rich used the “Crazy Rich Asians” marketing campaign as an example of when using data alone isn’t a viable option.

“There was a moment with ‘Crazy Rich Asians’ where we were getting feedback that huge chunks of our audience wasn’t going to respond to the campaign because the title was alienating them, and being rich was alienating them,” Rich said. “But we realized that this isn’t what’s great about this movie, data doesn’t know what this movie is, you have to still be the architect of the path to that experience.”

Josh Greenstein, President of Marketing and Distribution at Sony Pictures, agreed with Rich, saying that Sony’s campaign for the movie “Venom” was a perfect example of when the studio needed to listen more to the consumers than the numbers.

Greenstein said that early promotional materials for the film was more lighthearted and “jokey,” but that they saw an overwhelmingly negative reaction from the passionate comic book fans on social media, which caused them to pivot in a darker direction. Subsequent trailers for “Venom” showed the main character ripping people’s heads off. “People just wanted to see the badass Venom,” Greenstein said.

The panel’s other participant, Universal Pictures President of Worldwide Marketing, Michael Moses, added that the greatest change he has seen in film marketing over the last few years is that “the ability to take the consumer on a year-long journey is over.” Marketers now have to focus on “making the individual moments” of a campaign more impactful.

“It’s so hard to get and grab and keep the audience’s attention. That launch moment is a do or die moment,” Moses said.