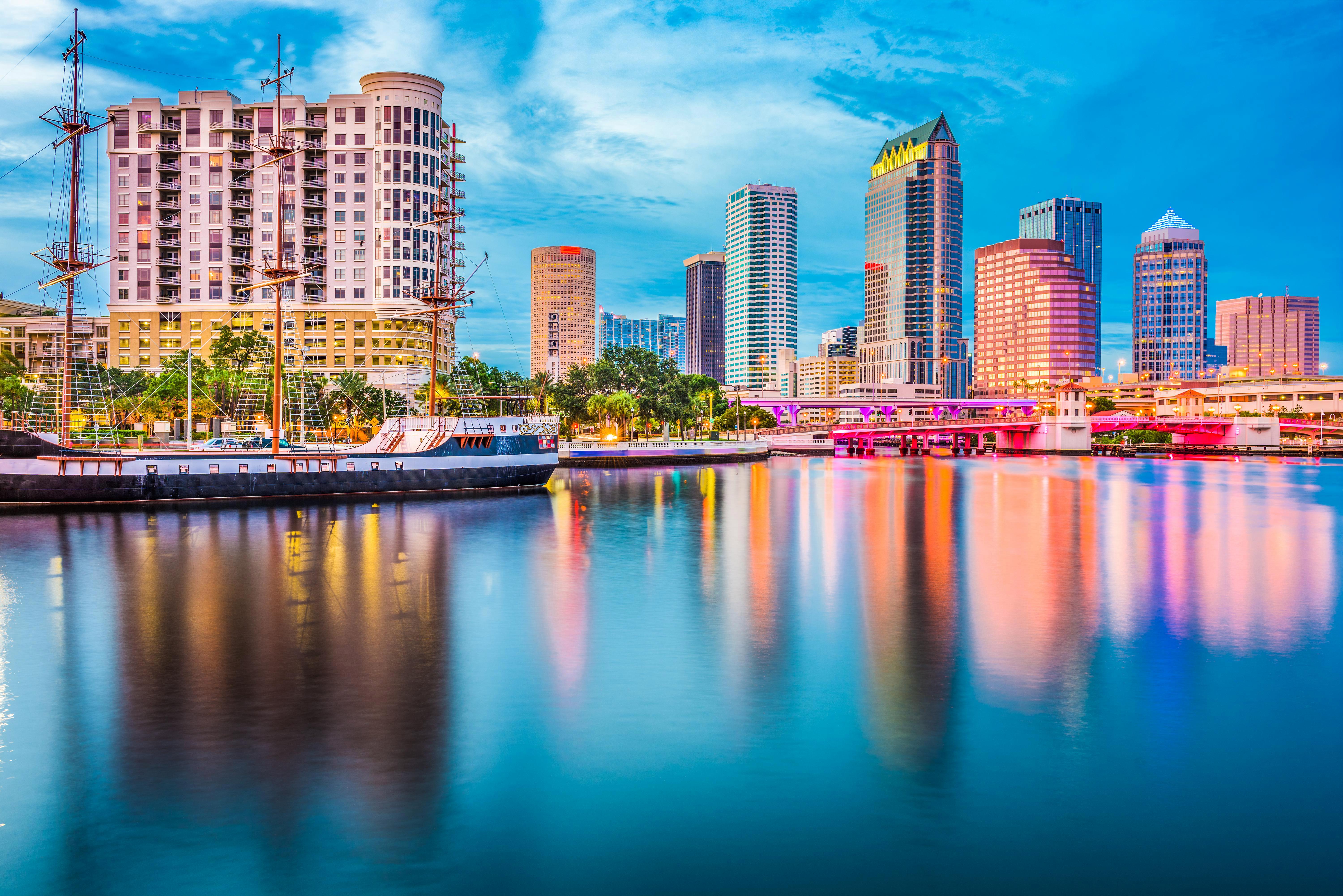 In fact, these birds have no worries about pretty much anything in the historic Tampa Bay district of Ybor City, where old Foghorn Leghorn is a protected species. 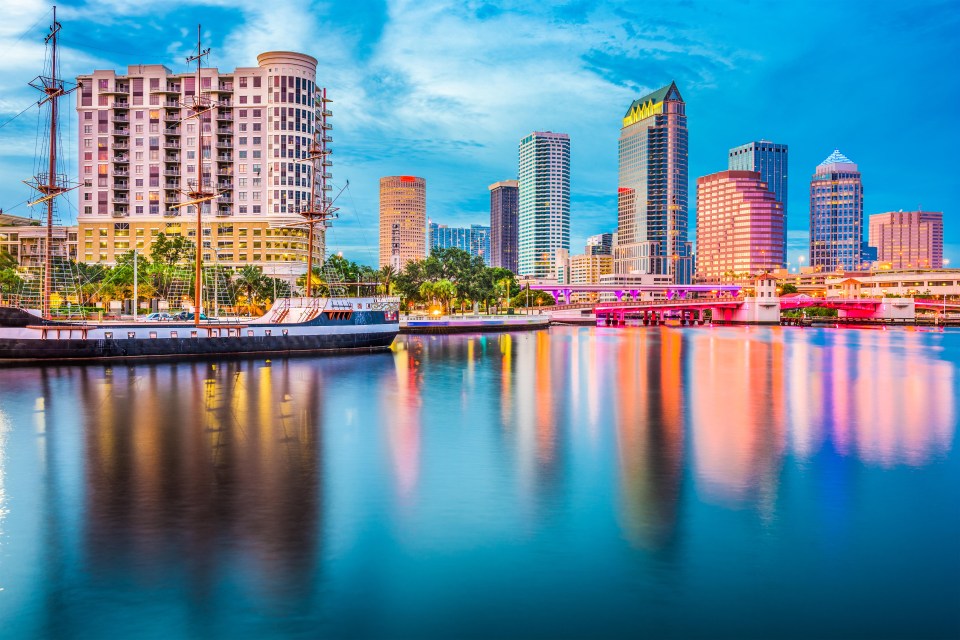 Here, the rooster is so high on the pecking order, he has legal right of way on the cobblestone streets, while a city decree means it is forbidden to harass him at all.

Even Colonel Sanders can’t touch him.

It probably explains why these famous Tampa residents strut around with all the bravado of their cock-fighting ancestors, who arrived in the late 1800s when their Cuban owners came to work in Ybor City’s cigar factories.

These wild chickens are such celebrities that animal rights charity Florida Voices for Animals has put up a $1,000 (£767) reward to find the person who recently murdered the neighbourhood’s prized rooster, ironically called The Colonel.

“He seemed to be the one people all took pictures of,” said Dylan Breese, founder of the Ybor Chickens Society.

Yes, they even have their own fan club.

Despite the sad loss of one famous tourist attraction, there is still loads to see and cock-a-doodle do in Tampa.

I flew in on a very different bird — one of Norwegian’s state-of-the-art Boeing 787 Dreamliner planes. 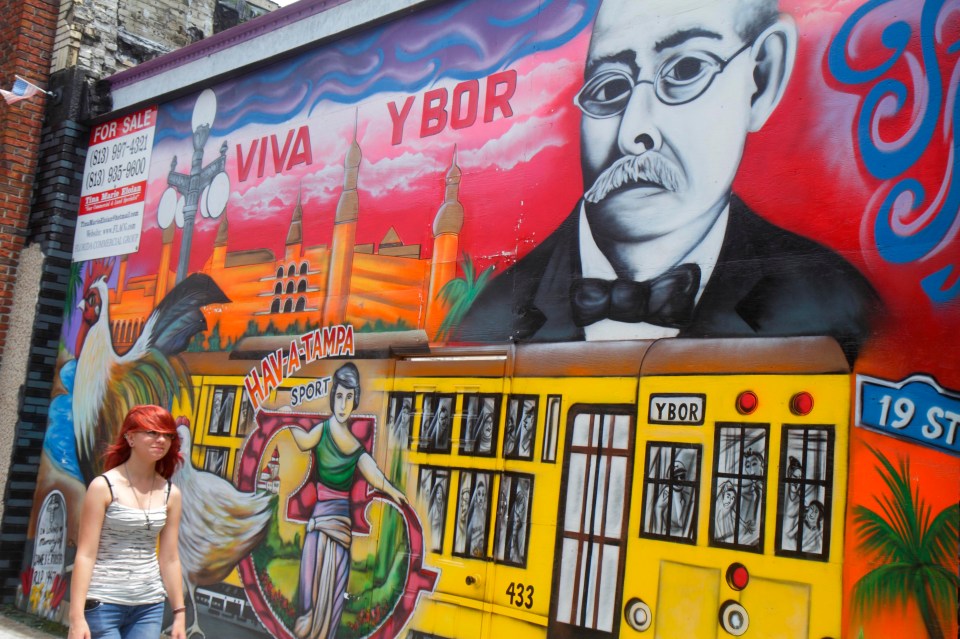 The leg-room is so cavernous your average basketball player would sit comfortably.

And the on-board food would not look out of place in any of Tampa’s top eateries.

I stayed at the luxurious Hilton Hotel in downtown Tampa. 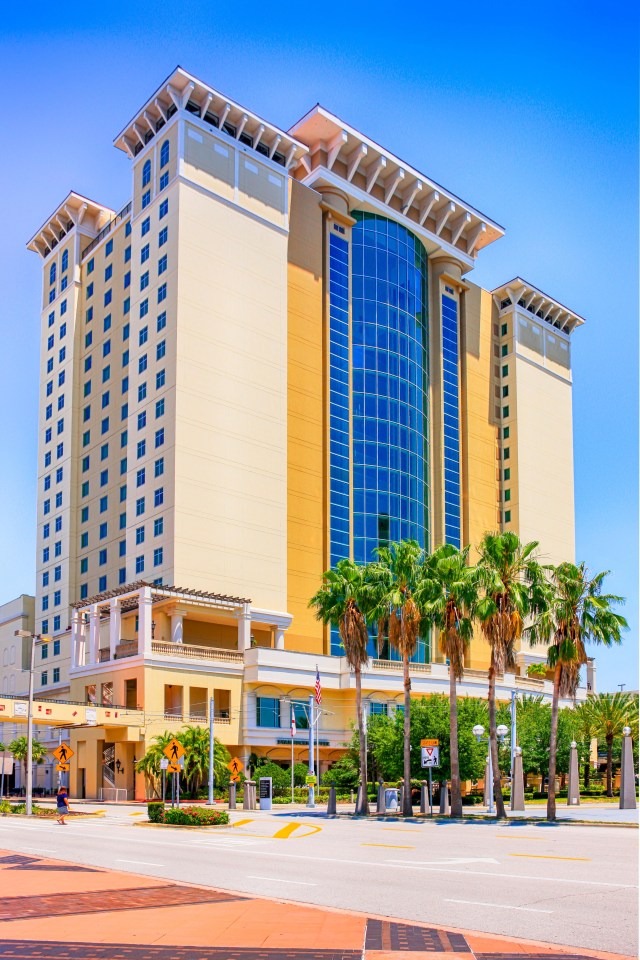 Within easy reach was the roosters’ hang-out, Ybor City — now a national historic landmark district and once the cigar-manufacturing capital of the world.

It was founded by Spanish-born entrepreneur Vicente Martinez-Ybor who, in 1885 at the age of 67, purchased 40 acres of land.

Tour guide Lonnie Herman will tell you how, just 43 years after Ybor rocked up, the area was transformed from a swampland to a city boasting 230 cigar factories, making an astonishing 700million cigars a year.

These days only two remain, plus six of the original $700 two-bedroom homes Ybor built for his workforce. 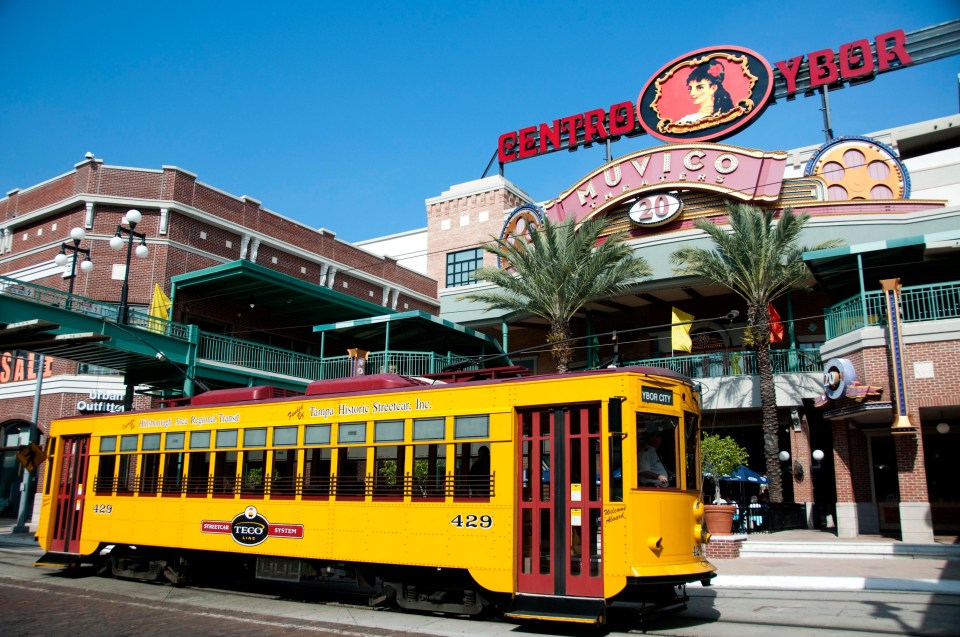 Tampa’s Cuban quarter is now a vibrant mix of hand-rolled cigar shops, exotic restaurants, coffee shops and gift boutiques and is home to a 0.14-acre plot of Cuban-owned soil — a tribute to the country’s hero José Marti.

The Castle — known as the weeping building as tears from the underground spring on which it was built periodically flood from its bricks — is now a gothic nightclub.

Around the corner stands the Cuban Club, which the Travel Channel listed in its Top 10 of most haunted buildings.

A short walk leads to Ybor’s award-winning Columbia eaterie — the largest Spanish restaurant in the world and the oldest in Florida. 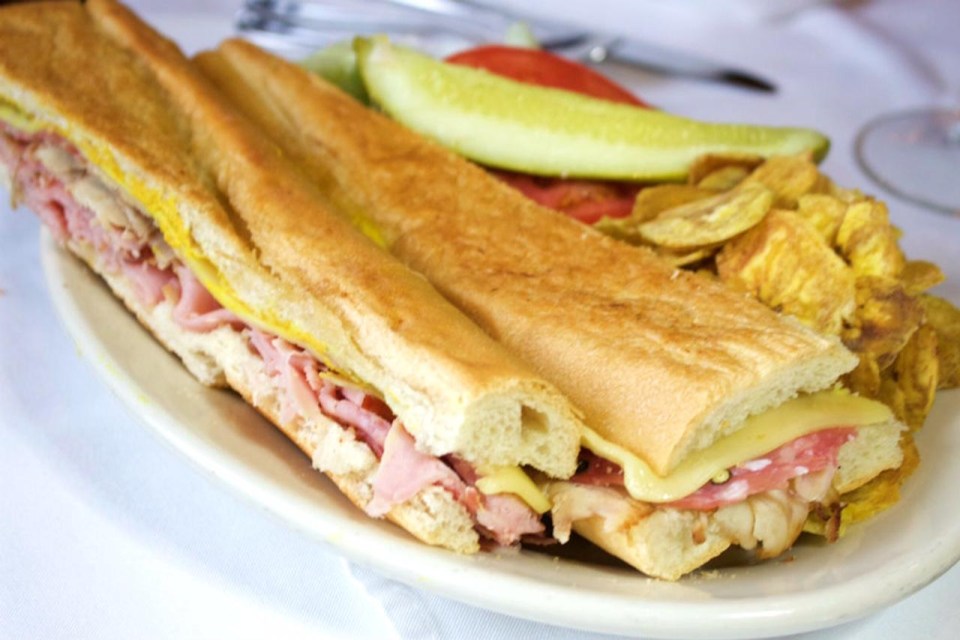 Its signature dishes are the ten-dollar Cuban sandwich and 1905 Salad.

Fortunately, the latter is named after the year the restaurant first opened and not the date the salad was made.
Chefs will toss it at your table while you watch the flamenco dancers go through their paces. 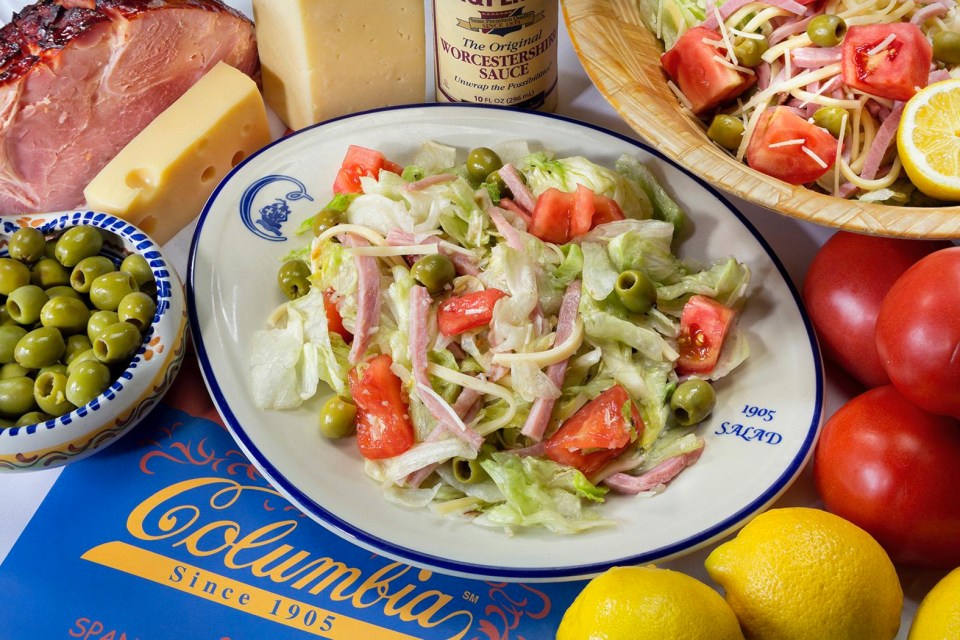 Tampa has a huge restaurant choice for its 21million annual visitors. 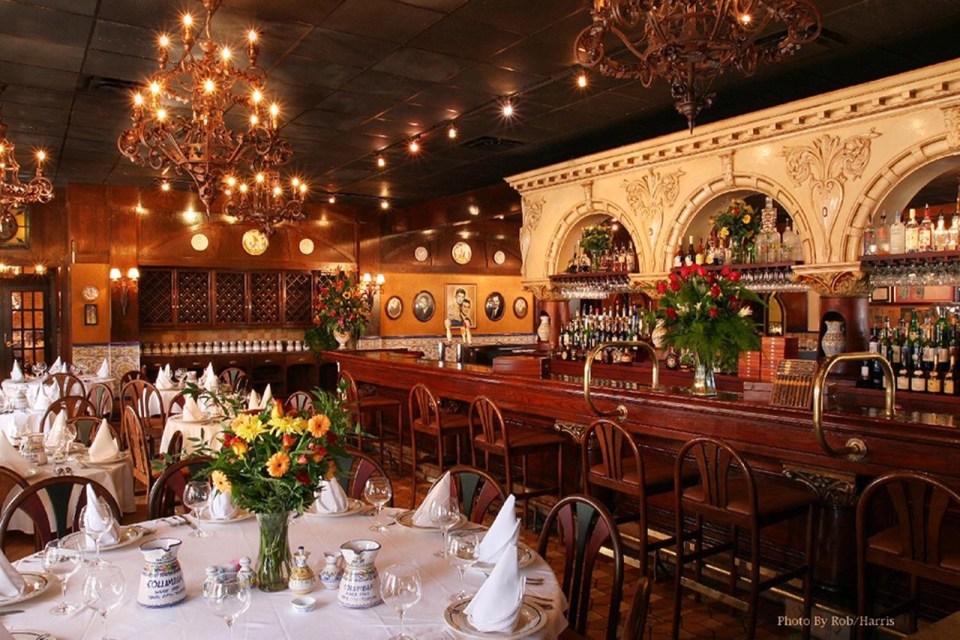 I can also recommend the succulent 8oz steaks at up-market Ocean Prime and the pasta at newly-opened Italian Osteria, where my waitress was aspiring actress Brittni Lombardo.

It’s a trendy mix of restaurant, book shop and meeting place and there’s even a shoe-shine seat, and for seven bucks you can look your best before tucking in.

For traditional American burgers and pies, it has to be 1950s-style retro diner Goody Goody, one of America’s first drive-ins when it opened in 1925. 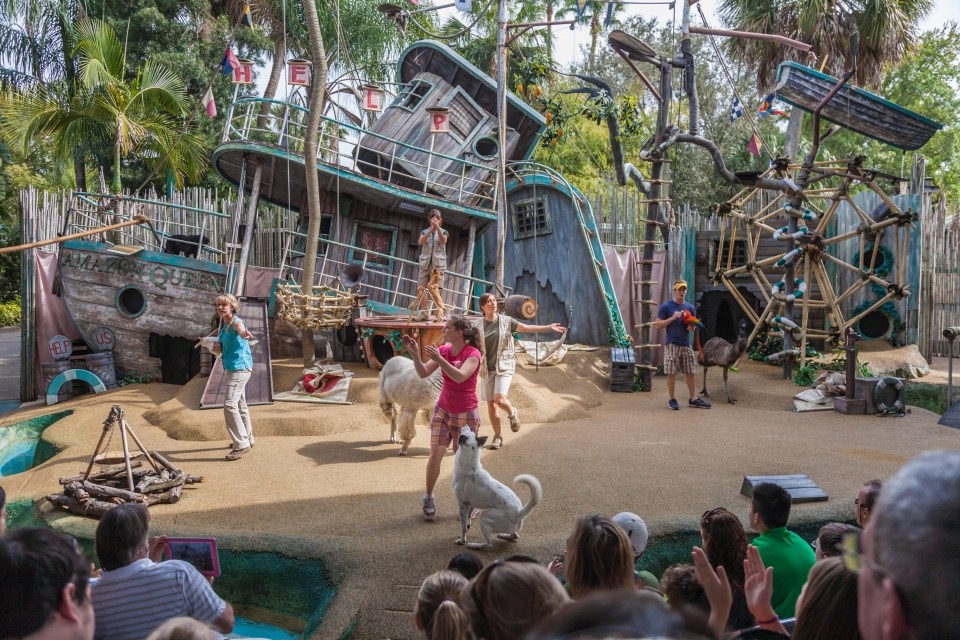 Now re-located in ultra modern Hyde Park Village (which even has a cupcake ATM) it’s famous POX burger and Butterscotch Pie are still on the menu.

You almost expect Pulp Fiction stars John Travolta and Samuel L Jackson to stroll in and order a Royale with Cheese.

I had one and it was Yummy, Yummy.

Other attractions in Tampa are just as tasty.

There’s the world famous Busch Gardens adventure park, while the 2.4-mile Hillsborough River walk offers stunning views of the city, and get a glimpse of dolphins in the ocean from Bayshore Boulevard. 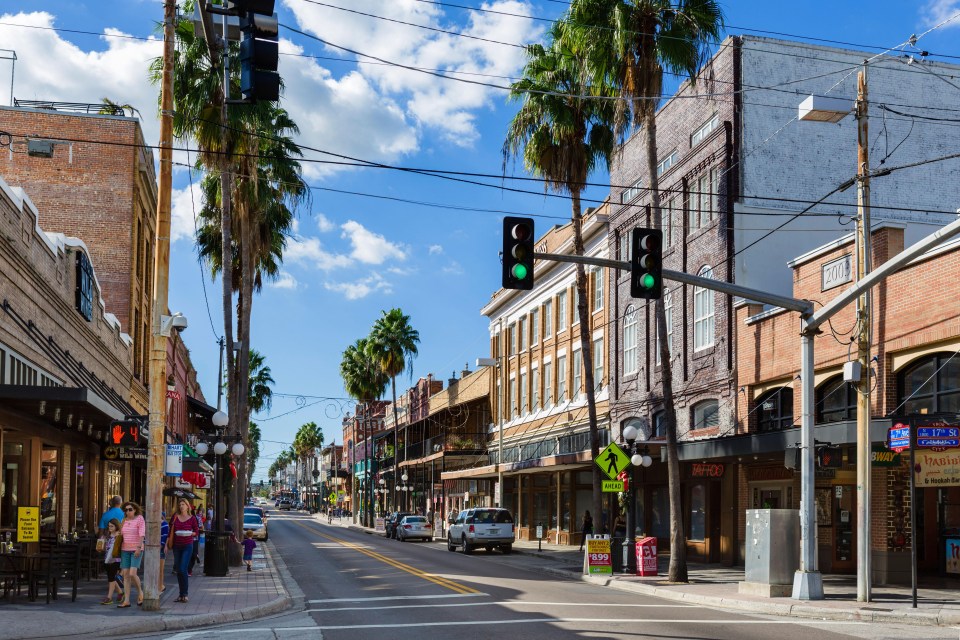 Urban Kai hosts paddle-boarding trips on the river, where you can also hire water-bikes or be ferried by a pirate in a water taxi. Don’t be surprised if you meet dolphins on these excursions.

And if you fall off your paddle-board, sink a rum-based Painkiller cocktail at the Getaway beach bar.

There are a number of beer-tasting venues, complete with brewery tours, while Tampa also stages its own Oktoberfest at the Waterfront Park.

The canned 750ml beers on sale inside Tampa Lightning ice hockey team’s 20,500-seat Amelia Arena are almost as big as the players. 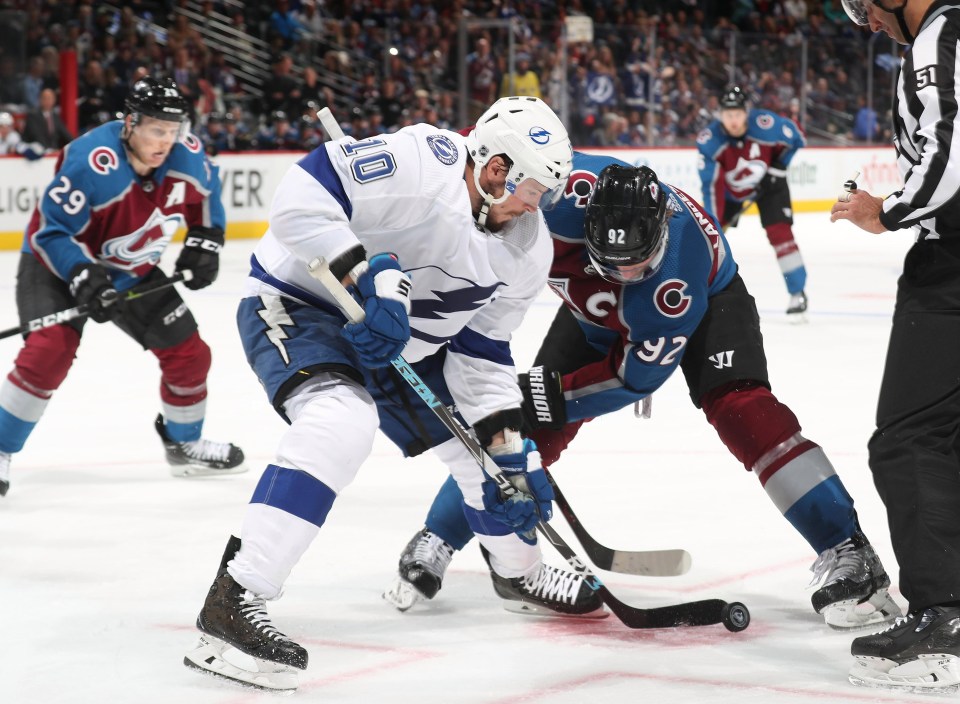 MOST READ IN TRAVEL

CUT OUT THE MIDDLEMAN

Tampa is also home to the Rays baseball team and the NFL’s Buccaneers — owned by the same Glazer family who run Manchester United — and the acclaimed Children’s Museum.

Lightning owner and former Liverpool director Jeff Vinik, together with billionaire Microsoft mogul Bill Gates, are spearheading a massive $6billion investment in the city ahead of it hosting the 2021 Super Bowl.

Tampa’s famous theatre will no doubt be screening the NFL’s greatest games then.

But playing tonight: Murder Most Fowl . . .

GETTING/STAYING THERE: Norwegian launches direct flights from Gatwick to Tampa Bay on Thursday.