Two campaigners have clashed over whether strip clubs should be banned to protect women in a heated Good Morning Britain debate.

Edinburgh Council has brought in a nil-cap policy on strip clubs limiting the number of establishments in the capital and effectively forcing its clubs to close from April next year.

Stripper turned author Stacey Clare spoke to Charlotte Hawkins and Richard Madeley to explain that the move will make the industry ‘unsafe’ because it will be ‘forced underground’.

But former Edinburgh councillor Susan Dalgety argued that the move will help ‘protect woman’, saying that ‘sex work is the exploitation of women and young girls.’

Stacey called the move ‘patronising’ and said strippers deserve the same rights as any other worker.

She said: ‘The fact is woman do sex work, people do sex work, and the real conversation should be, as far as I am concerned about safety.’

‘We have to have regulated work places, we need to recognise that our jobs are jobs and we are workers, and we are entitled to workers’ rights. ‘

She continued: ‘I don’t understand the logic. How are we being protected by saying keep your clothes on? It feels very patronising to sort of say, just cover up and everything will be fine.’

Susan, who now works as a Journalist, supports the ban and said she doesn’t want woman to feel ‘forced into stripping off’. 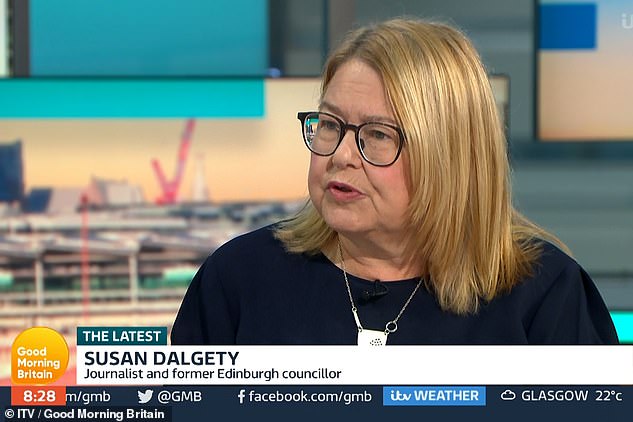 She said: ‘The majority of the sex industry is underground, so I think it’s important that we build a society were young woman and girls feel that they are not forced into sexual exploitation, which is lap dancing, it’s sexual entertainment, it’s living pornography, it’s for the titillation of men.’

She continued: ‘This morning thousands of young woman got their exam results in Scotland, I want a country were those young woman aspire to be the best they can be and don’t feel that they are forced into that work.’

Went asked by host Richard if she felt sexually exploited or forced into the job, Stacey said: ‘ No I didn’t, I think unfortunately the feminist perceptive tends to conflate things and say all of it’s the same.’

She continued: ‘Coercion and things like trafficking, that’s violence against woman, but stripping, I have never seen any evidence of trafficking when I worked in the industry, It’s just not the same thing. ‘ 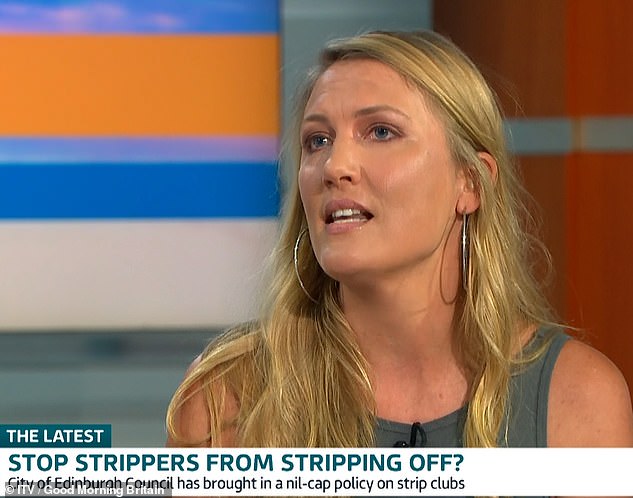 ‘What we are trying to do with the sex workers union is empower workers who are able to bring claims against abusive bosses and it’s working we have had successful claims since 2018.’

‘We’re not solving any problems by shutting it down, we are driving it underground.’

Adding: ‘Underground, you create a black market, that is the most dangerous , coercive market there is.’

Susan disagreed saying: ‘I genuinely believe what we should be doing is ending demand, we should make it illegal for men to procure sexual entertainment, because no matter which way you cut it sexual entertainment by woman and girls is exploitative, because woman are using their bodies to titillate men for money.’ 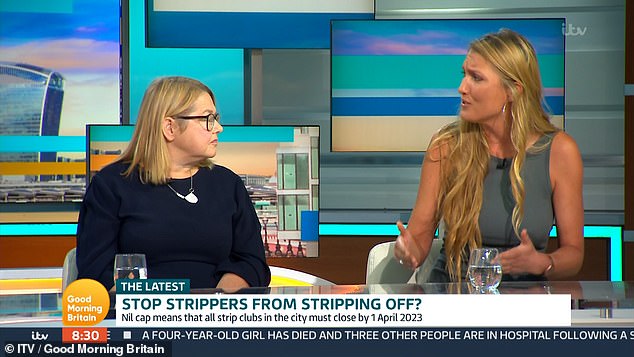 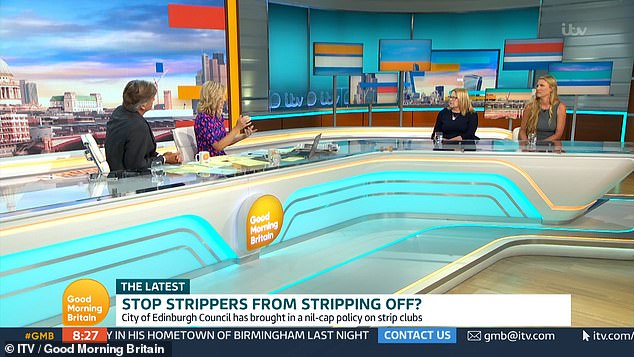 The number of strip clubs in England and Wales has dropped from 350 to 150 in the last ten years.

Bristol City councillors recently voted decisively to keep strip clubs open in the city after six years of debate on the issue.

The decision by the licensing committee came after years of organising and campaigning on the part of Bristol Sex Workers Collective to keep their workplaces open, and by groups such as Bristol Women’s Commission to shut them down.

The Collective made the case that banning the clubs would make many women unemployed, forcing them into more dangerous sex work in less well-regulated spaces.