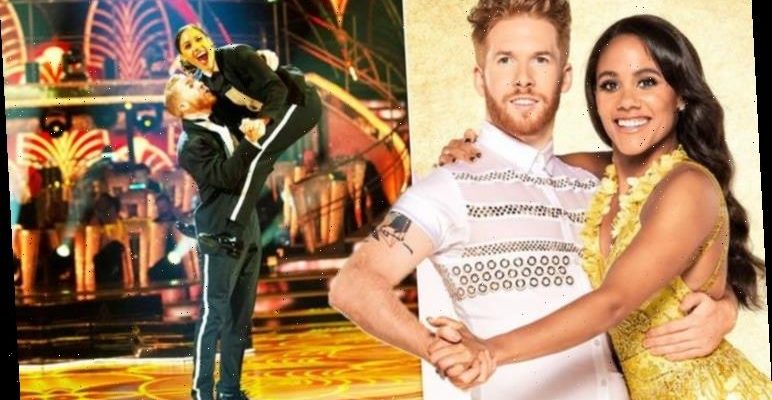 Strictly Come Dancing aired on BBC last night ahead of tonight’s result show which will see one couple booted out of the competition. The eliminated contestant is chosen based on the judges’ scores and the public vote. According to body language expert Judi James, the 2019 showing is “turning into one of the most emotional, tear-stained Strictly series ever.” James spoke to Express.co.uk about what the body language of the couples showed last night.

The chemistry between Strictly pro Neil Jones and partner English footballer Alex Scott has not gone unnoticed in former episodes.

This week saw Scott shed some of her ambitions and become one of the “true bounce-back stars of the night,” along with Emma Weymouth, said James.

The body language expert said: “Alex finally lost some of her inhibitions about acting out there on the dance floor.

“By putting her into a matching outfit and giving her identical steps to his own, Neil finally unleashed all of her energy and strength.

“There were moments when he did seem to be pulling her around the floor but their side-by-side steps were confident and assured.”

Not all the Strictly couples are benefiting from the same synchronisation, however.

Emma Barton and Anton du Beke performed a sexy Paso Doble, but the former was criticised by judge Craig Revel Horwood for being a “sack of potatoes” on the dancefloor.

This came despite previous progress. “Emma Barton is another dancer who looked poised to soar last week but she also came down with a bump this week,” said James. 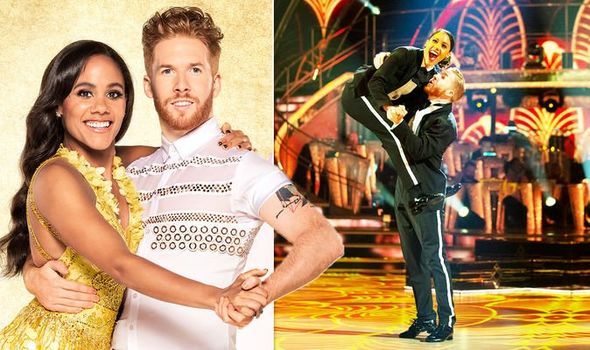 “Her relationship with Anton still looks odd in terms of their body language. She is the one grinning and nodding furiously at mediocre scores, hugging Anton in what looks like gestures of reassurance.

“She seems to be busy doing all the motivational rituals, even telling Anton that her low score was, in fact, her ‘lucky number’.

“Anton seems to stare in the direction of the cameras like a man staring into the face of creeping doom though. His sad face is at odds with her trooper-style smile.”

Barton is not alone in deteriorating on the dance floor this week – David James failed to impress, too.

“David James discovered he could dance last week and this week he rediscovered the fact that he can’t,” observed James.

“He was kept out of the dance-off by some generous voting from the judges last week but his jive this week involved the kind of flat footwork where you find yourself yelling at the screen ‘He’s up at last!’ when he finally launches onto his toes.

“He seems to have a really comfortable, relaxed and close relationship with Nadiya, sitting with one arm draped over her shoulder while she looks ahead giggling shyly.

“She was also giggling shyly at him as they rehearsed their dance and it could be that after their success last week he might have needed some Katya Jones-style tough love to keep him in the contest. If he’s not out tonight it will be more about personality than dance talent.” 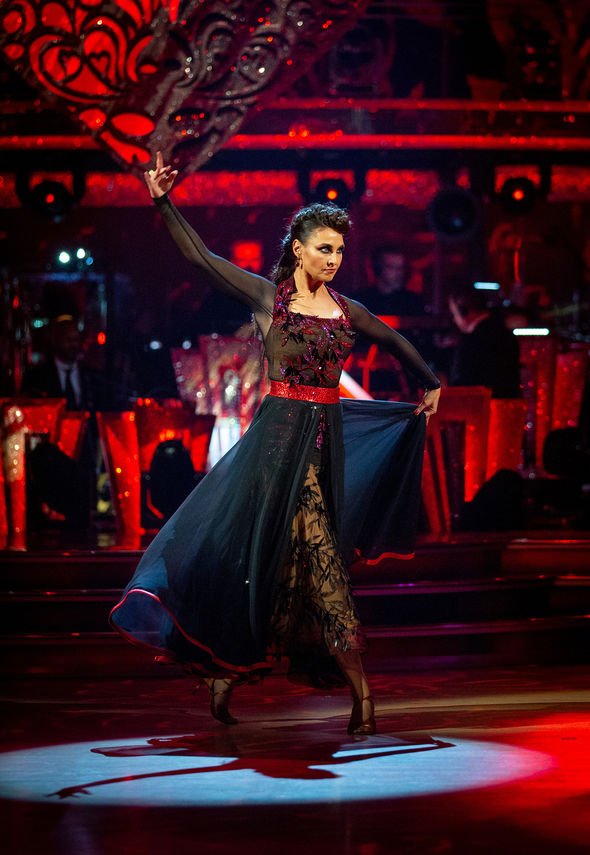 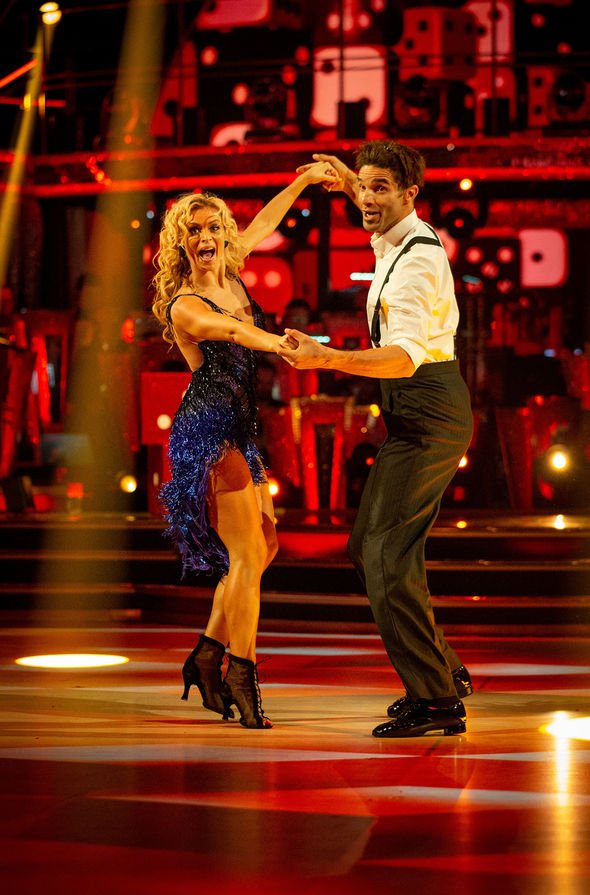 “There was a look of disappointment behind Kelvin’s widest of wide smiles as he began to get mild criticism from the normally-adoring judges.

“His signature teeth-baring became subtly edge-to-edge, turning his grin into something bordering on a wince. His trait of packing all the emotions away to focus even more furiously could mean he’ll come back with one of his best dances next week though.”

As for Emma Weymouth, she “dropped the cute, sweet and slightly childlike body language to evoke her inner diva this week and her more grown-up, passionate display gained four nines from the judges,” said the body language expert.

James added: “She should be safe tonight, with a Mike Bushell/David James dance-off, but this is turning into one of the most emotional, tear-stained Strictly series ever and that means shock voting that is less about talent and more about likeability so almost anyone could be vulnerable.”

The expert also noted something markedly different about this year’s Strictly Come Dancing.

“There seems to be some odd levelling-out system on this series of Strictly to keep us on the edges of our seats rather than sitting back to watch foregone conclusions,” said James.

“When Karim Zeroual was busy showing he was in a different league to most of the other celebs they dressed him up like a horror-movie panda and this week the equally sublime Kelvin came on first wearing a denim jacket that hid all his usual show-stopping torso-gyrations.”