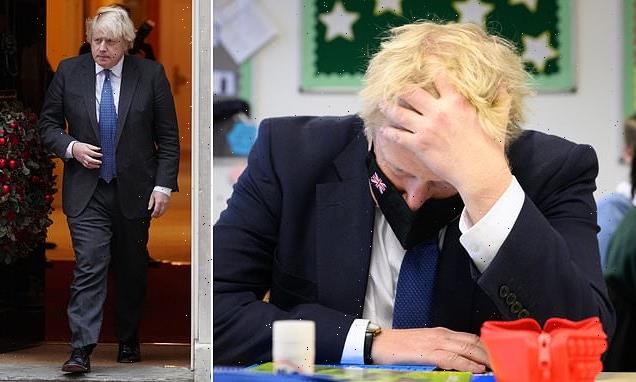 Boris has been so courageous on Covid, writes STEPHEN GLOVER, but this is by far the biggest mess of his career

This week I had been limbering up to write a paean of praise to Boris Johnson. I’m not his greatest fan, but I try to give credit where credit is due.

While we shouldn’t count our chickens, the rate of new Covid infections seems to be declining. The figure of 120,821 announced yesterday was the lowest for a couple of weeks.

Only the most mean-spirited critics of the Prime Minister — of whom there are quite a few — would deny him some praise. He resisted the doomsayers among the scientists on Sage, Labour and the devolved administrations, as well as a few in the Cabinet such as Michael Gove.

They all wanted more restrictions — Plans C or D. Mr Johnson argued that giving more people the booster jab was the best way of beating the Omicron variant, which is significantly milder. He didn’t want to shut the economy down again. 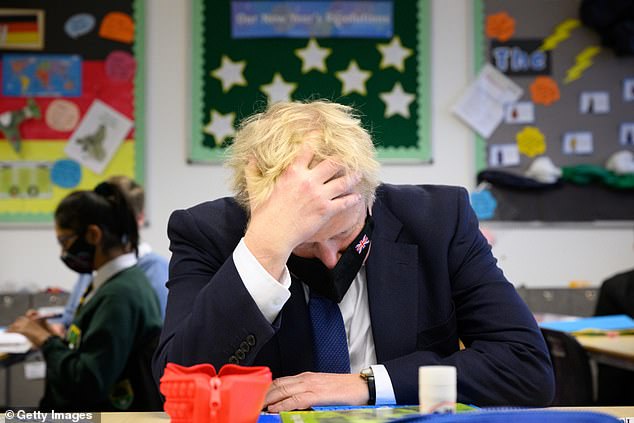 The latest revelations about parties in Downing Street have all but blotted out Boris Johnson’s achievement in standing up to the doomsters.

In other words, he was prepared to swim against the current of received opinion, though the existence of about 100 Tory MPs opposed to further restrictions doubtless strengthened his resolve.

This was a signal achievement, to which should be added his success in rolling out the vaccines early last year while other European countries were still on the starting block.

So, as I say, credit where it is due. But that is also true of criticism. The latest revelations about parties in Downing Street have all but blotted out Mr Johnson’s achievement in standing up to the doomsters.

How does one reconcile the Prime Minister who was courageously prepared to resist scientists, the Labour Party and the BBC with the careless and irresponsible politician alleged to have attended a party in the Downing Street garden on May 20, 2020?

Since the ‘bring your own booze’ party was arranged by his principal private secretary, Martin Reynolds, Mr Johnson almost certainly knew about it in advance. Even if he didn’t, merely by being there with his then fiancée Carrie by his side, he appears to have broken the rules.

Moreover, the party can’t be explained away as a business meeting. When was the last time you were invited to bring a bottle of booze to a meeting? This was a party in the full sense of the word.

Boris is an inveterate rule-breaker, in his private life and public dealings. It seems quite likely that, as he strolled into the Downing Street garden with Carrie that sunny evening, it didn’t even occur to him that he was breaking his own laws.

The party took place only ten days after the Prime Minister had urged people on television, with the Union Flag in the background, to ‘observe the rules’, while threatening fines for those who didn’t.

And then, of course, there are other parties that he is said to have attended in contravention of rules pertaining at the time, including another in the Downing Street garden on May 15, 2020.

Were there mitigating circumstances? Of course there were some. May 20 was a sunny day. As a good-natured and genial chap, Boris would have been happy to see members of his hard-working staff enjoying themselves.

Nor should we forget that a few weeks earlier he had been very seriously ill with Covid, and nearly died. The poor man must have been hankering after a little sunshine.

Having a party in such circumstances doesn’t seem a great sin. They were only human, letting their hair down after two months of lockdown. Surely we can all understand that.

And yet, and yet. Thousands of people were forbidden to be at the funerals of those they loved. People died alone because their relatives weren’t allowed to be with them. Churches were closed, visits to care homes proscribed.

Do you remember that first lockdown — so quiet that you could hear the birds singing more loudly during the day? The empty streets. Society closed down. And also the fear, instilled by the great apparatus of State power, of doing wrong and being caught by the authorities.

We all longed for a party in a pleasant garden with our friends. And although many of us may have bent one or two lockdown rules — I’m sure I did — few would have had the brass neck to hold a party attended by 30 or 40 people.

Even if some of us fudged a few rules, we weren’t responsible for promulgating and enforcing them. We didn’t sit in front of a Union Flag and tell the nation how to behave. 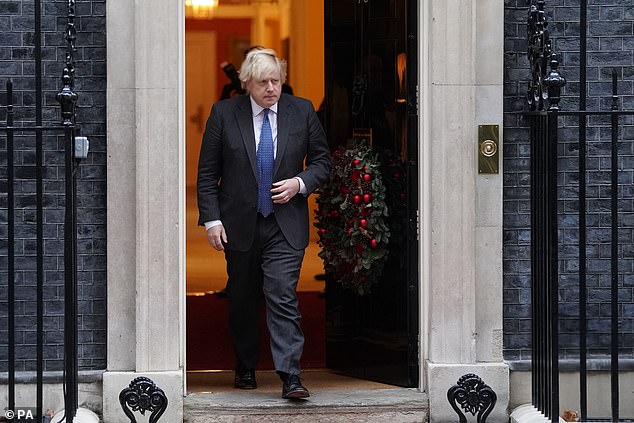 Boris Johnson is an inveterate rule-breaker, in his private life and public dealings. It seems quite likely that, as he strolled into the Downing Street garden with Carrie that sunny evening, it didn’t even occur to him that he was breaking his own laws

No, Boris’s conduct was rash and hypocritical, and people won’t easily forgive him. He is, of course, a master escapologist, and he will think he can extricate himself from the latest hole he has dug for himself.

But it will be hard for him to pull off the trick this time. He’s in the biggest mess, by far, of his political career, which is saying something. I don’t say it will be terminal for him, but it’s certainly serious.

So far he has taken refuge in the excuse that Sue Gray, a senior civil servant, is investigating parties alleged to have taken place in Whitehall (at least 18 are known about), and that it would be wrong to pre-empt her conclusions.

I expect he will repeat this formula when he comes under pressure today at the weekly Prime Minister’s Questions in the Commons — not an occasion to miss. Of course he knows where he and Carrie were on May 20, 2020!

Whatever obfuscations he comes up with, Ms Gray is going to produce her report, possibly as soon as next week. People who know her say she is a tough cookie who is unlikely to spare the PM.

She has ended the careers of three Cabinet ministers with her previous investigations. Her biggest scalp was that of Theresa May’s deputy, Damian Green, who resigned in 2017 after Ms Gray discovered that he had lied about pornography found on his Commons computer.

It is a truism of politics that the cover-up is usually more damaging than the original crime. If Boris Johnson had come clean about the parties when stories first emerged a few weeks ago, he might have been forgiven. 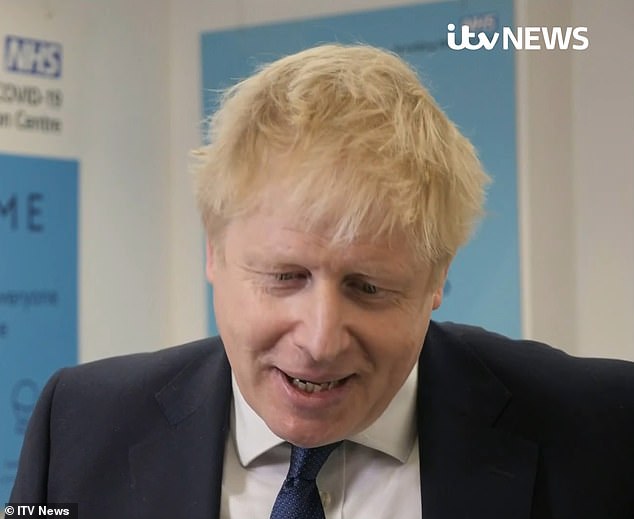 Boris’s conduct was rash and hypocritical, and people won’t easily forgive him. He is, of course, a master escapologist, and he will think he can extricate himself from the latest hole he has dug for himself

Instead of which, he professed himself ‘sickened and furious’ when a video emerged which showed No. 10 staff laughing and joking about a Christmas party during lockdown a year earlier. I wonder whether he is sickened and furious about his own conduct.

There will be more damaging stories, most of them coming from Mr Johnson’s embittered former chief of staff, Dominic Cummings, who is vengefully leaking material. David Cameron once accurately described Cummings as a ‘career psychopath’.

None of us can say how, or when, this will end for the Prime Minister. If Boris Johnson were a Shakespearean hero, his tragic flaw would be his reckless attitude to the truth. His heroism in standing up to the doomsters reminds us of what he might have achieved.