Taylor Swift and Joe Alwyn: A full timeline of their relationship

Taylor Swift — and leather trousers — never go out of style.

On Thursday, the pop icon became the honorary fourth Haim sister, jumping onstage at the group’s London concert at the 02 Arena to surprise the crowd.

The foursome performed a special mash-up of “Love Story” and “Gasoline,” with Swift fully committing to her guest appearance by matching her BFFs’ outfits.

Sporting a long ponytail braid while strutting across the stage, the “All Too Well” singer, 32, wore a pair of chunky Christian Louboutin platform boots ($1,295) and swapped Haim’s stringy black bikini tops for a buckled Louis Vuitton crop top.

But the real sartorial star of the show was Swift’s leather pants, also by Vuitton, which perfectly matched the pairs Este, Danielle and Alana Haim having been wearing all tour long.

The edgy leather look left fans wondering whether Swift’s “Reputation (Taylor’s Version)” might be right around the corner — and while it’s unknown how long we’ll have to wait for the re-record of the superstar’s darkest album to date, you can snag a pair of pants like hers right now.

Below, 10 likeminded (and much more affordable) styles sure to fill that “Blank Space” in your closet. 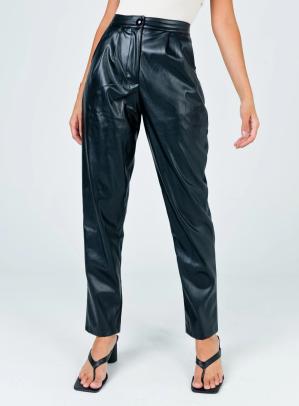 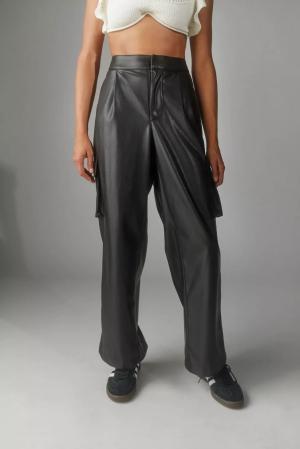 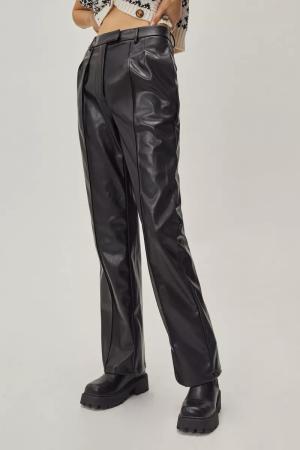 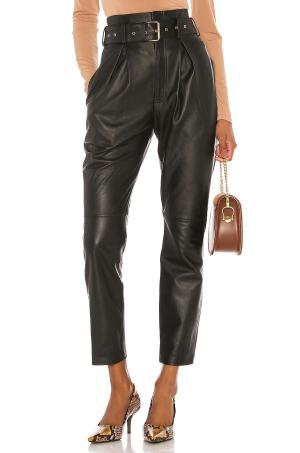 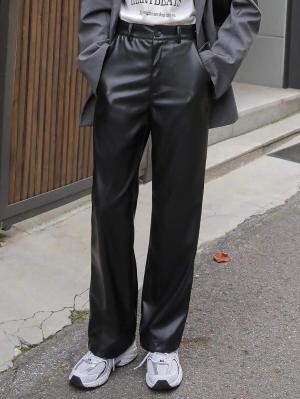 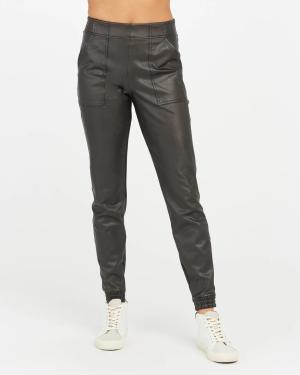 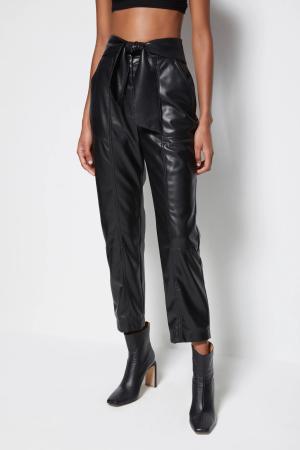 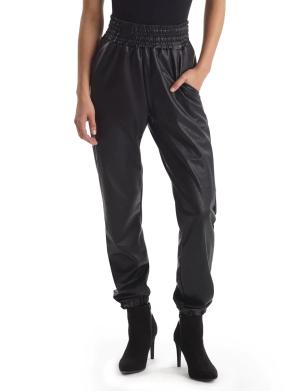