Stars Getting Slimed at the Kids’ Choice Awards

Slime spree! One of the best parts of Nickelodeon’s annual Kids’ Choice Awards show is seeing A-list stars covered in the network’s signature neon-green goo. In the past, fans have watched celebs including Sandra Bullock, Orlando Bloom, Katy Perry, Halle Berry, and even Harrison Ford get slimed. Who will be next?! 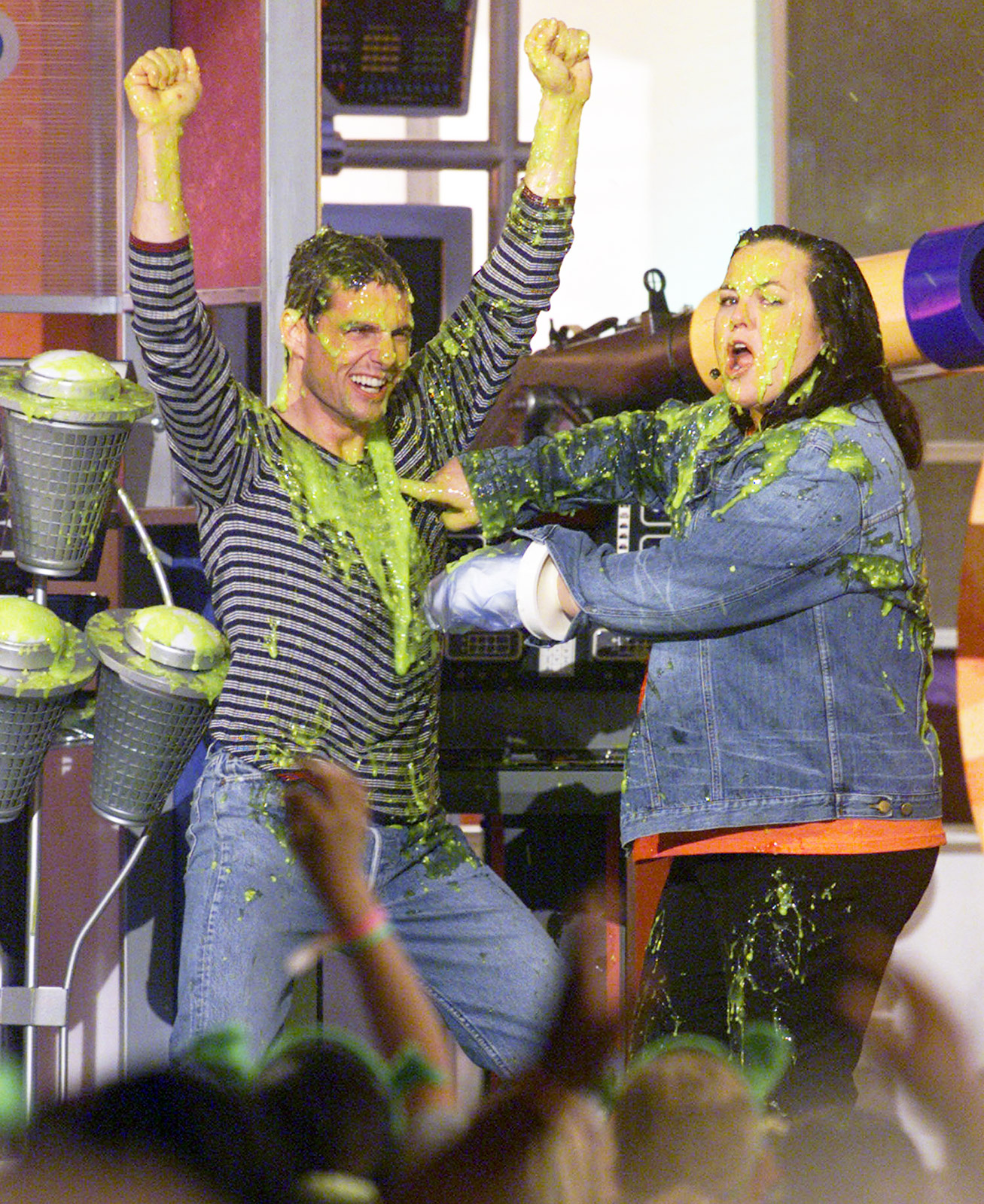 “My favorite guy in the world is here!” host Rosie O’Donnell said before the Mission: Impossible actor was doused with green goo at the Barker Hanger in L.A. on Apr. 21, 2001. The comedienne tricked Cruise into getting slimed, telling him, “I need your help . . .We’re going to slime somebody and they don’t have any idea who it is. All you gotta do is hit that top button!” 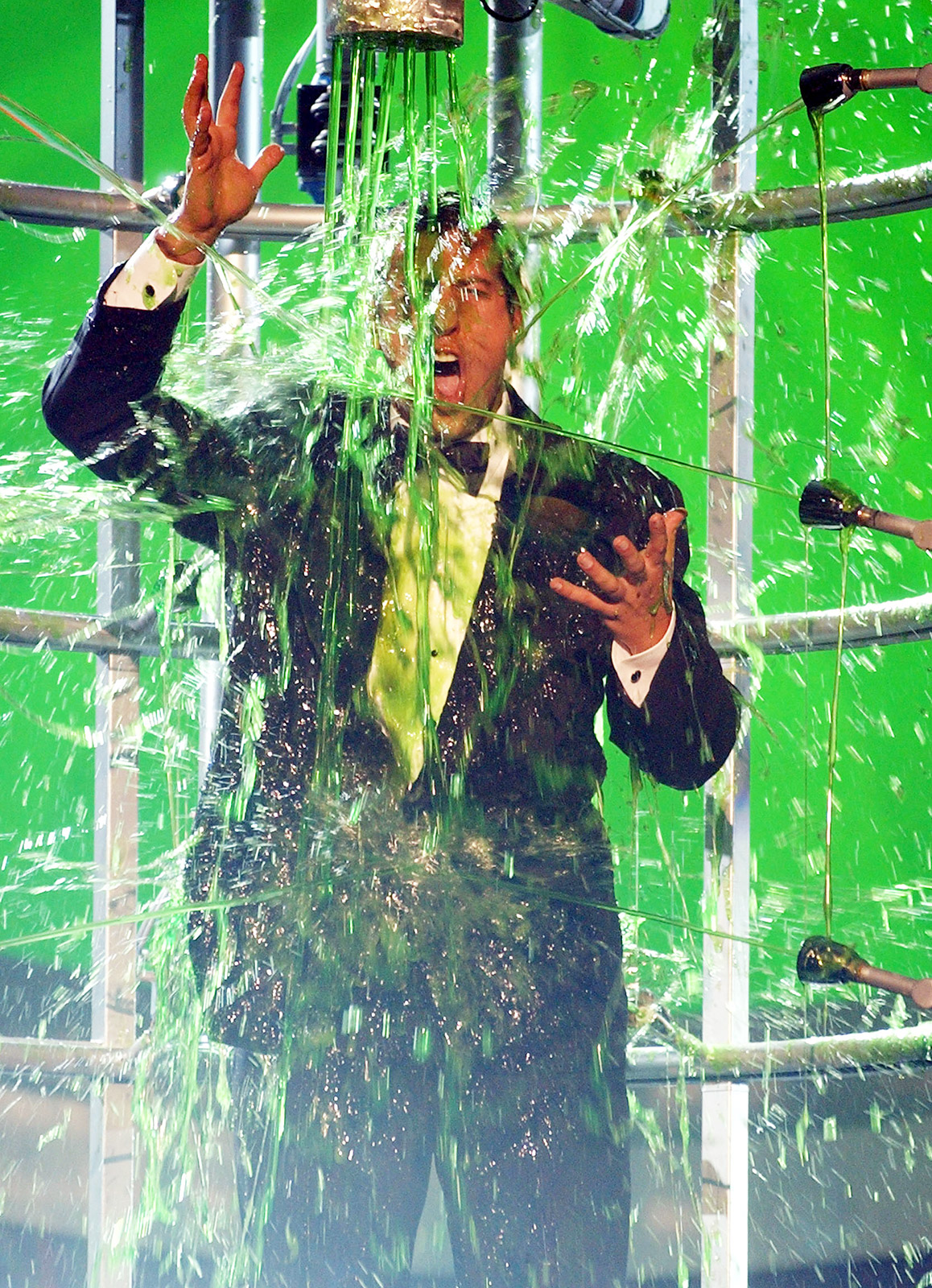 Joking that he was had to attend a bar mitzvah in Brooklyn after the Kids’ Choice Awards in L.A. on Apr. 20, 2002, the 50 First Dates actor said he hoped he to “make it” across the country in time. Moments later, Sandler’s suit was covered in slime. 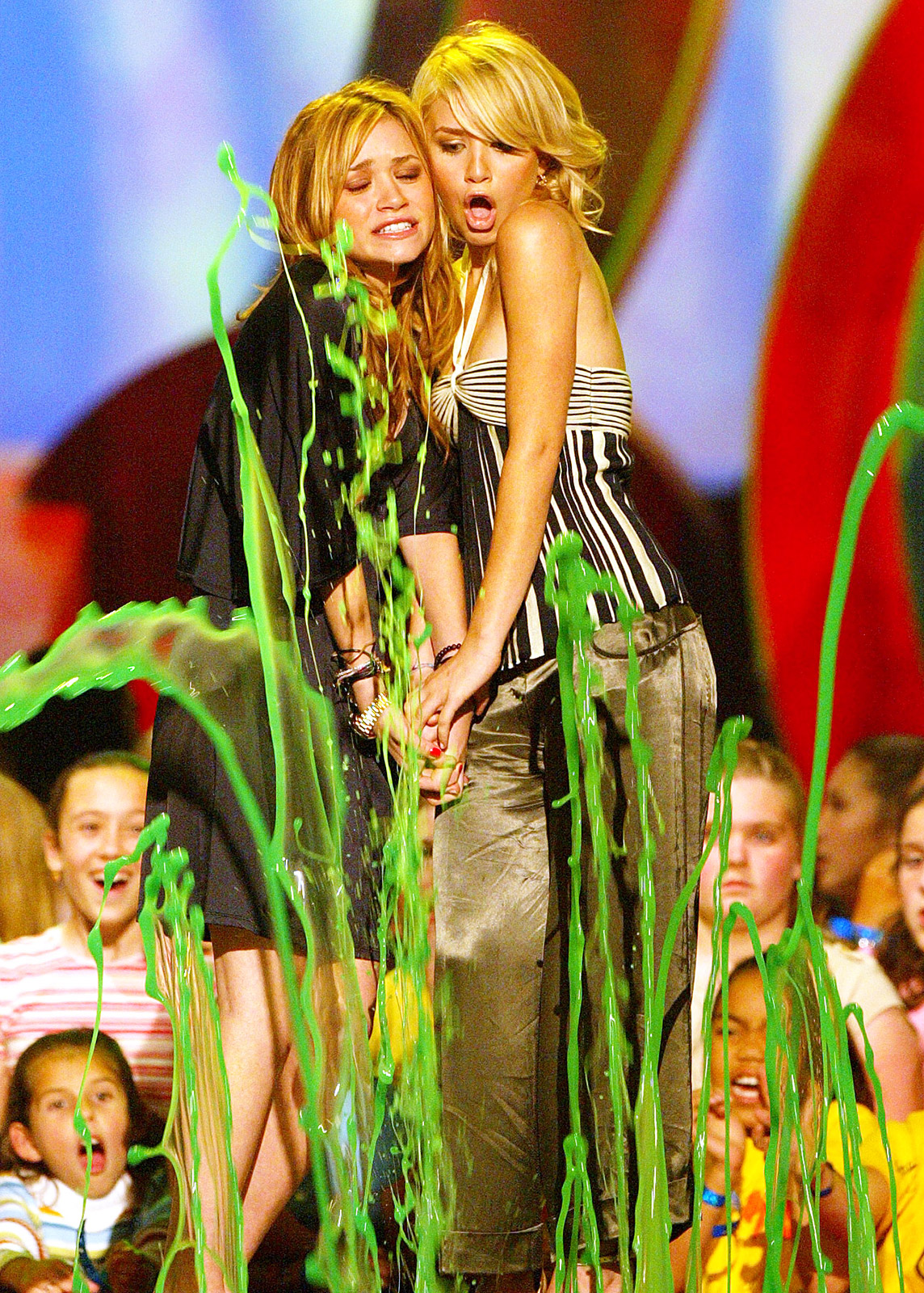 At the Pauley Pavilion in L.A. on Apr. 3, 2004, the New York Minute costars joined The O.C.‘s Ben McKenzie to present the award for Favorite Female TV star. Before they announced the winner, McKenzie asked the Olsen twins if he could snap their picture using his camera phone. “I don’t think now is the right time,” Ashley said as McKenzie backed away. Saying “slime” instead of “cheese,” the actresses clung to each other as green goo erupted from the podium. 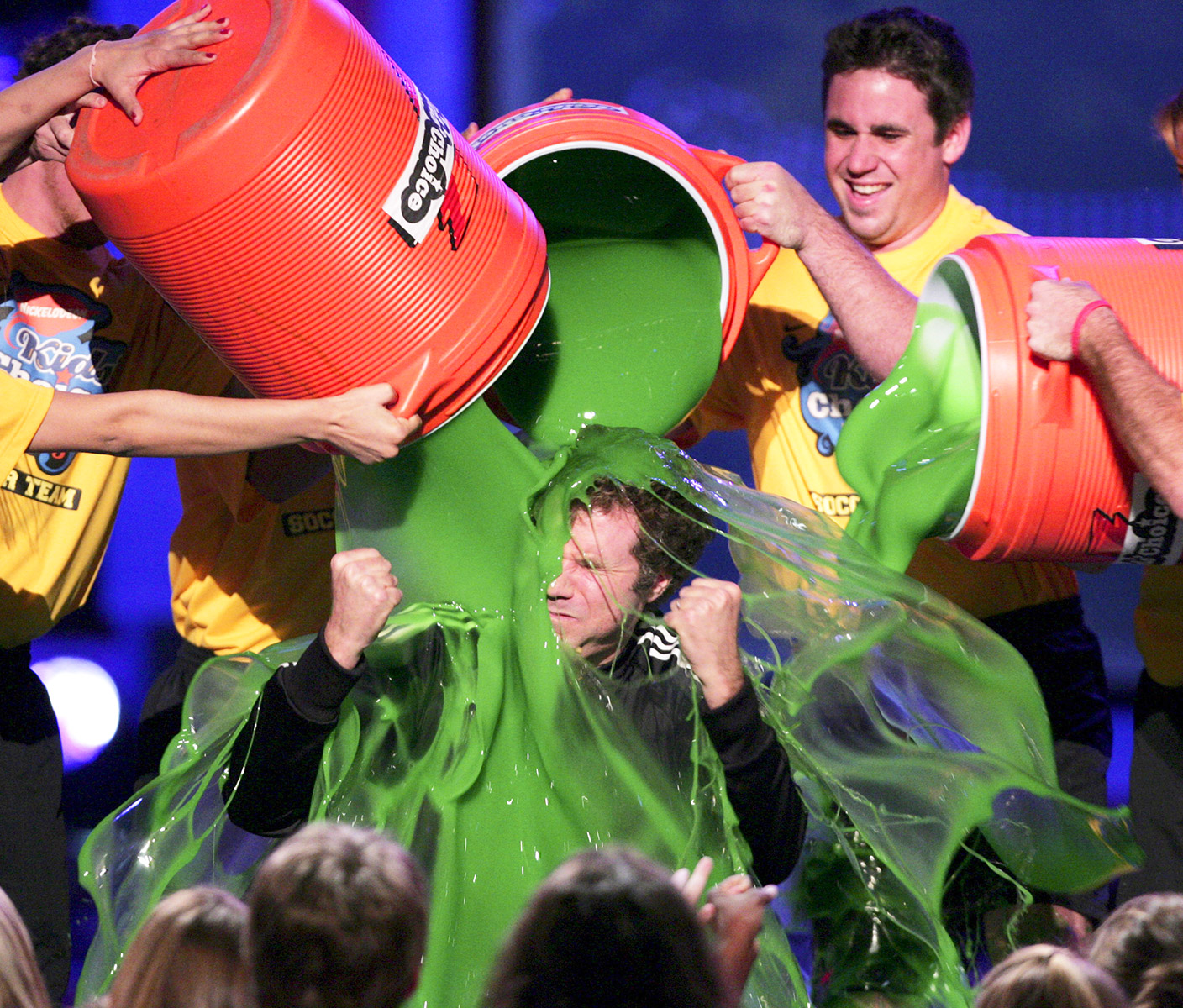 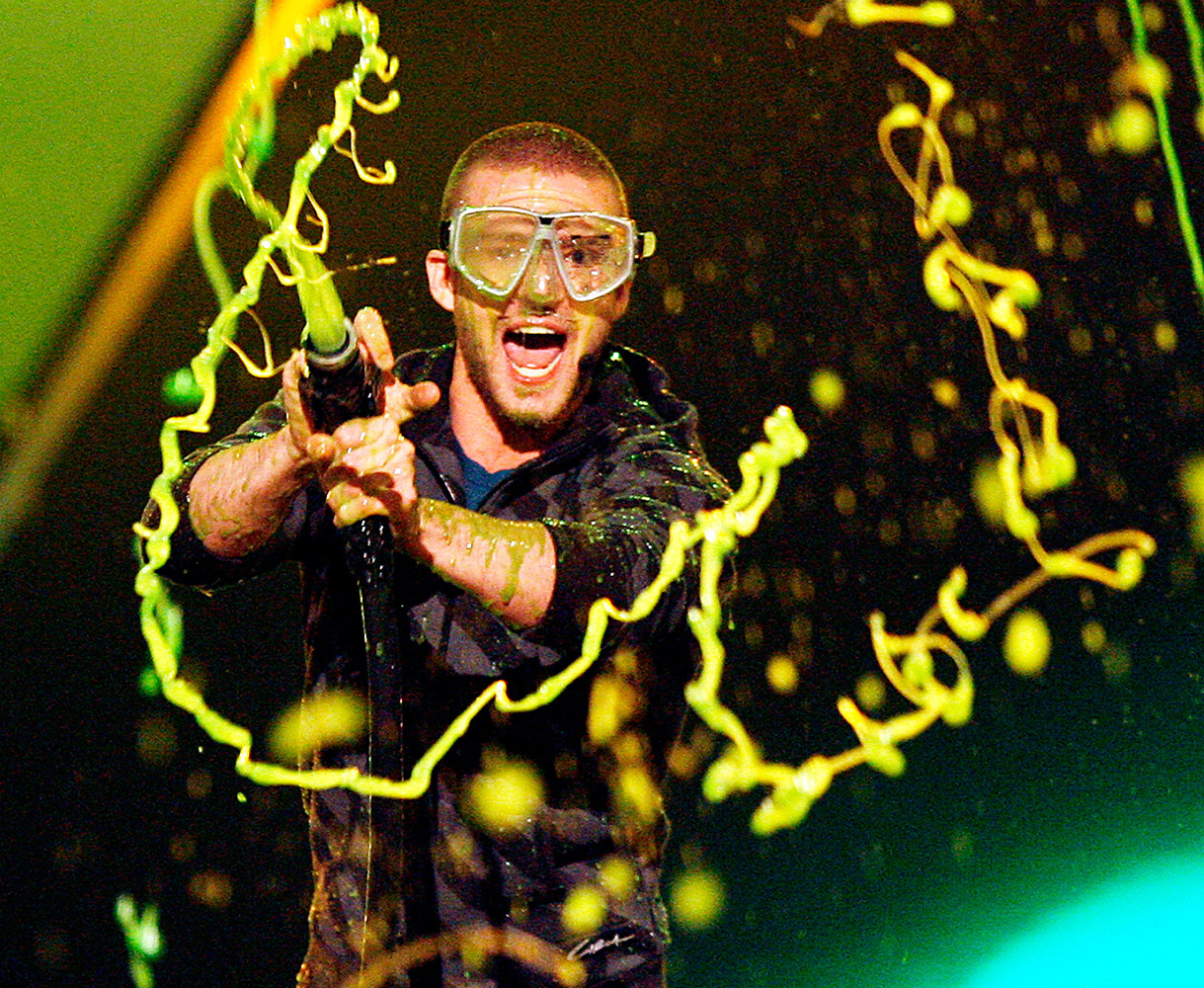 Six years after ‘N Sync got slimed, the solo singer hosted the Kids’ Choice Awards at the Pauley Pavilion in Westwood, Calif., on March 31, 2007. Timberlake got his revenge when he and Vince Vaughn (not pictured) closed the show by shooting slime at audience members.