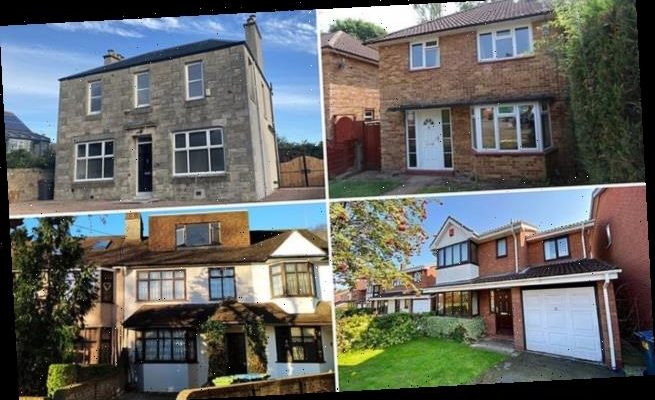 ‘Extend the stamp duty holiday’: Property market could ‘fall off a cliff’ next spring as buyers who fail to complete before deadline ditch deals

House sales could fall off a cliff after the stamp duty holiday comes to an end, experts have warned.

A rush of buyers created by the stamp duty cut is clogging the purchases pipeline and causing delays.

It means some buyers may miss the stamp duty holiday deadline of 31 March next year if they don’t press ahead with their deals, especially given the festive period in between.

There are concerns that those who miss the deadline will pull out of deals, leading to sales and chains collapsing and that the transactions will slump in the months after due to a hangover from the rush to take advantage of the tax break. 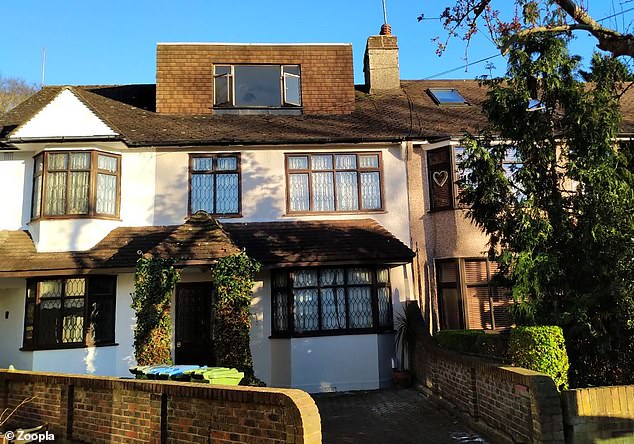 This three-bed terrace house in London’s Abbey Wood had a guide price of £175,000 and is sold subject to contract

The stamp duty holiday was brought in for six months to stimulate the housing market following lockdown, with the removal of the standard rate of tax up to £500,000.

The measure has been successful in boosting the market amid the pandemic, creating a surge in demand.

But a backlog of purchases has built up due to pent-up demand from lockdown being unleashed and mortgage lenders and conveyancers taking longer due to tougher underwriting of loans and pandemic measures slowing down applications, searches, valuations and surveys.

In a letter to the Chancellor Rishi Sunak, industry bodies have called for the stamp duty to be extended to allow them time to deal with the pent-up demand.

In the letter, they explained: ‘Failure to complete those transactions could see the breakdown of chains with consumers potentially financially unable to continue with the purchase, as they would have to find funds to pay stamp duty.’

It is calling on the Government to announce before Christmas an extension to the stamp duty holiday.

It also wants the Government to introduce a way of smoothing the end of an extended stamp duty holiday to prevent another cliff edge further down the line. 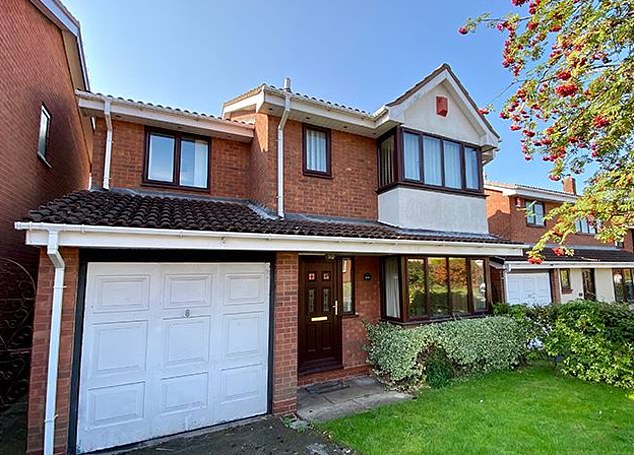 This four-bed detached house in Erdington, Birmingham, had a guide price of £195,000 and is now sold subject to contract

It said: ‘By acting now, the Government can release the pressure in the system to allow transactions to complete and avoid a disorderly and distressing period for movers and businesses throughout the market.

The industry bodies that came together to endorse the letter included estate agents, mortgage brokers, solicitors and removal firms. 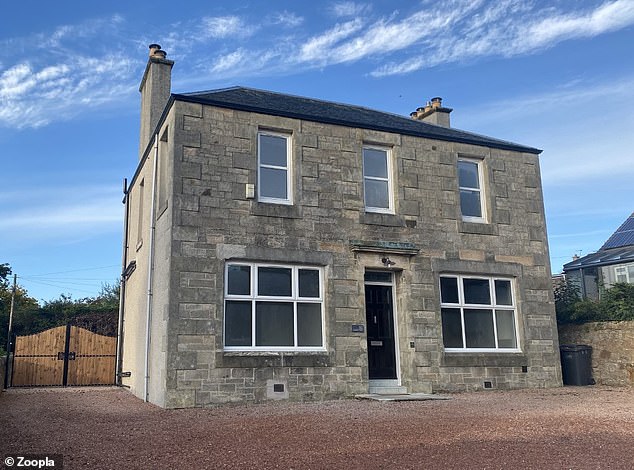 This four-bed detached house in Kirkcaldy, Fife, was on the market for offers over £309,995 and is now sold subject to contract

Mark Hayward, chief executive of NAEA Propertymark, said: ‘The joint letter sent to the chancellor is an important step in protecting those in the process of buying or selling a house that might miss out on the March 31 stamp duty deadline.

‘They miss out because of increased pressure on service providers within the industry which is causing delays for buyers and sellers in the sector.

‘The boom, caused by the stamp duty holiday, has been hugely beneficial for the housing market.’

But he went on to warn: ‘The stamp duty cliff edge on March 31 could cause thousands of sales to fall at the final hurdle and have a knock on and drastic effect on the housing market which has recovered well from the Covid slump.

‘We are calling on Government to rethink these timings, so pressure on the system can be released to allow transactions to complete and avoid a disorderly and distressing period for movers and businesses throughout the market.’ 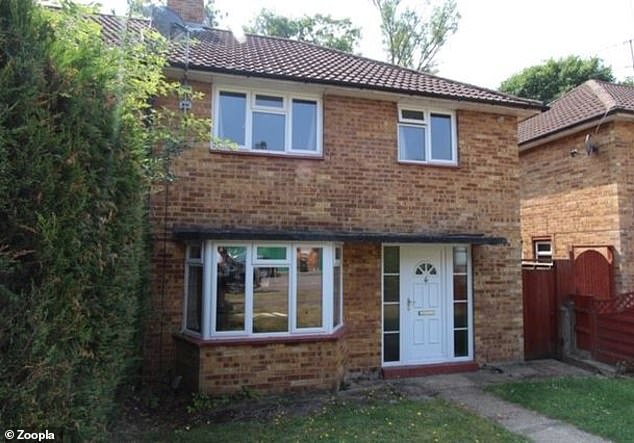 This three-bed semi-detached house in St Albans, Hertfordshire, was on the market with a guide price of £300,000 and is now sold subject to contract

It comes after property website Zoopla revealed this week that  50 per cent more home sales than usual are waiting to be completed.

Record high sales agreed post-lockdown has led to some 140,000 more homes currently progressing through the system than at this time last year, taking the total of unfinished transactions to 180,000.

Zoopla said sales agreed peaked in August, rising 62 per cent, and were up 40 to 60 per cent between July and October compared to the same period last year – but demand has now slowed back to pre-Covid levels of early March.

The high volume of business means it may take longer than the typical 100 days for transactions to complete – and prospective home buyers need to agree a sale before mid-December if they want to avoid missing out on a saving from the stamp duty holiday, Zoopla said.

Richard Donnell, research and insight director at Zoopla, said: ‘There is a large pipeline of sales to complete by Christmas and the 31 March 2020 – with an average 100 days to complete an agreed sale those looking to beat the stamp duty deadline need to agree a sale before mid-December.’

Paresh Raja, of bridging finance provider Market Financial Solutions, said: ‘There could be a backlog of sales that could result in many buyers missing out on the holiday due to the fact that lenders are simply not able to release the volume of loans needed.

‘The Government has two choices. The first is to extend the SDLT holiday beyond the current deadline.

‘The second is to put into place arrangements to ensure that buyers who have agreed to a sale prior to the deadline still qualify for the tax relief should the sale occur after 31st March 2021.’