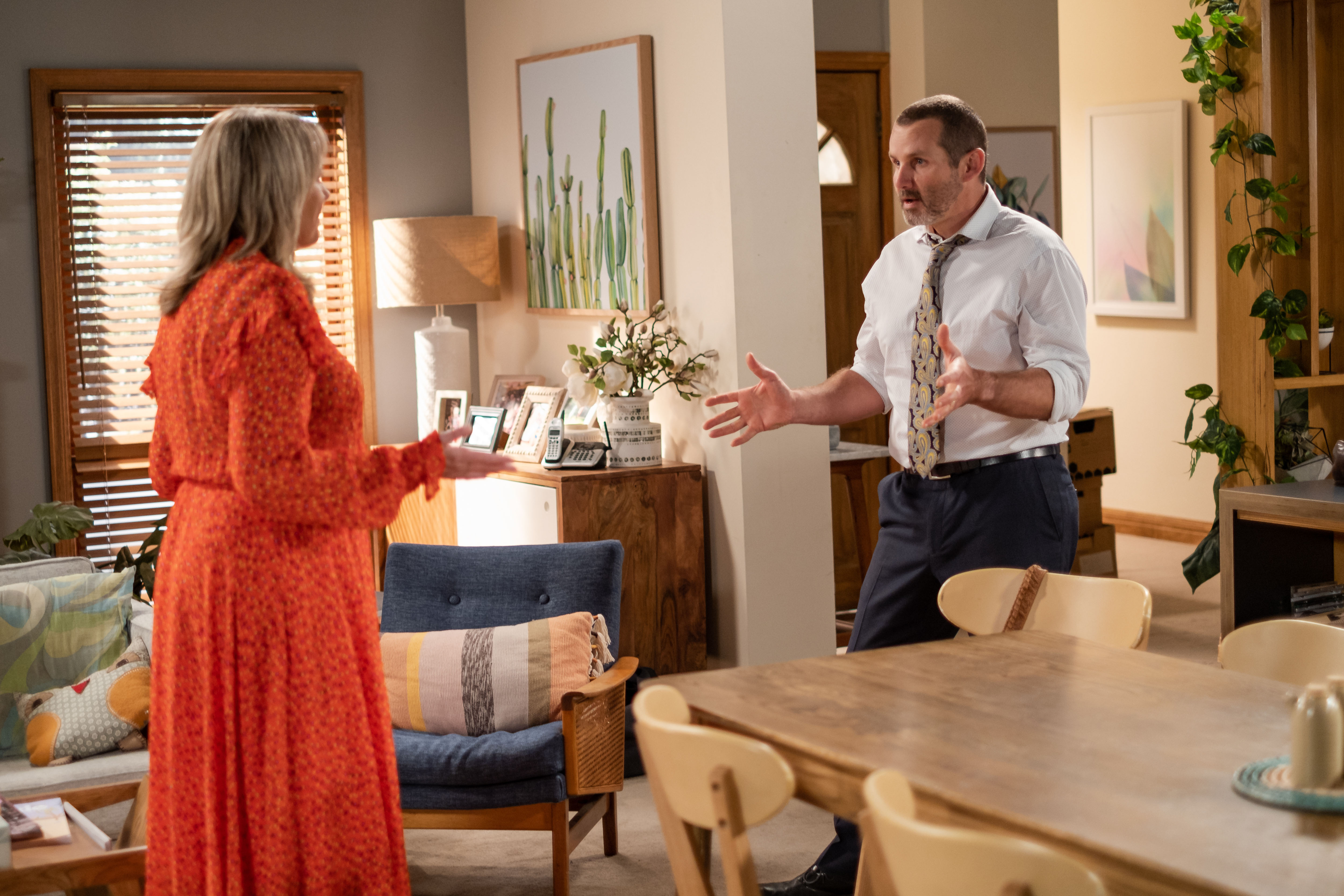 Amy (Jacinta Stapleton) is feeling lost without Ned (Ben Hall) and is still stinging from his lies, so she’s quick to turn to the other man in her life for comfort. But he’s not her man, and it looks like she could take things too far in Neighbours.

Amy was dealt a double blow when Ned decided to leave Ramsay Street after his relationship with Harlow came to light. She was crushed, especially after momentarily convincing herself she was pregnant. She’s struggling to cope with the aftermath and in true Amy style, she’s about to transfer her unwanted emotions onto those around her.

Melanie (Lucinda Cowden) and Toadie (Ryan Moloney) have a lovely date night planned, something that doesn’t happen very often. Mel is excited, looking forward to some time sans children with her man. Enter Amy to ruin this special moment.

With the date night scuppered, things seem bad enough for a disappointed Melanie. To pour salt into the wounds, Amy voices heavy criticism for Melanie’s redesign of the Drinks Diva. She goes as far as saying she hates them, which are strong words for sensitive Mel. The negativity hits Mel harder than she’d expect, but before she can fully get her head around it, she’s dealt a third blow – Toadie comforts Amy instead of sticking up for her.

Melanie is outraged and alarm bells are ringing. Toadie is so quick to jump to Amy’s defence she senses something might be wrong here. Amy and Toadie’s relationship has always been a little too close for Melanie’s liking, but have Toadie and Amy now crossed the line?

Scenes air from Monday May 16 on Channel 5.