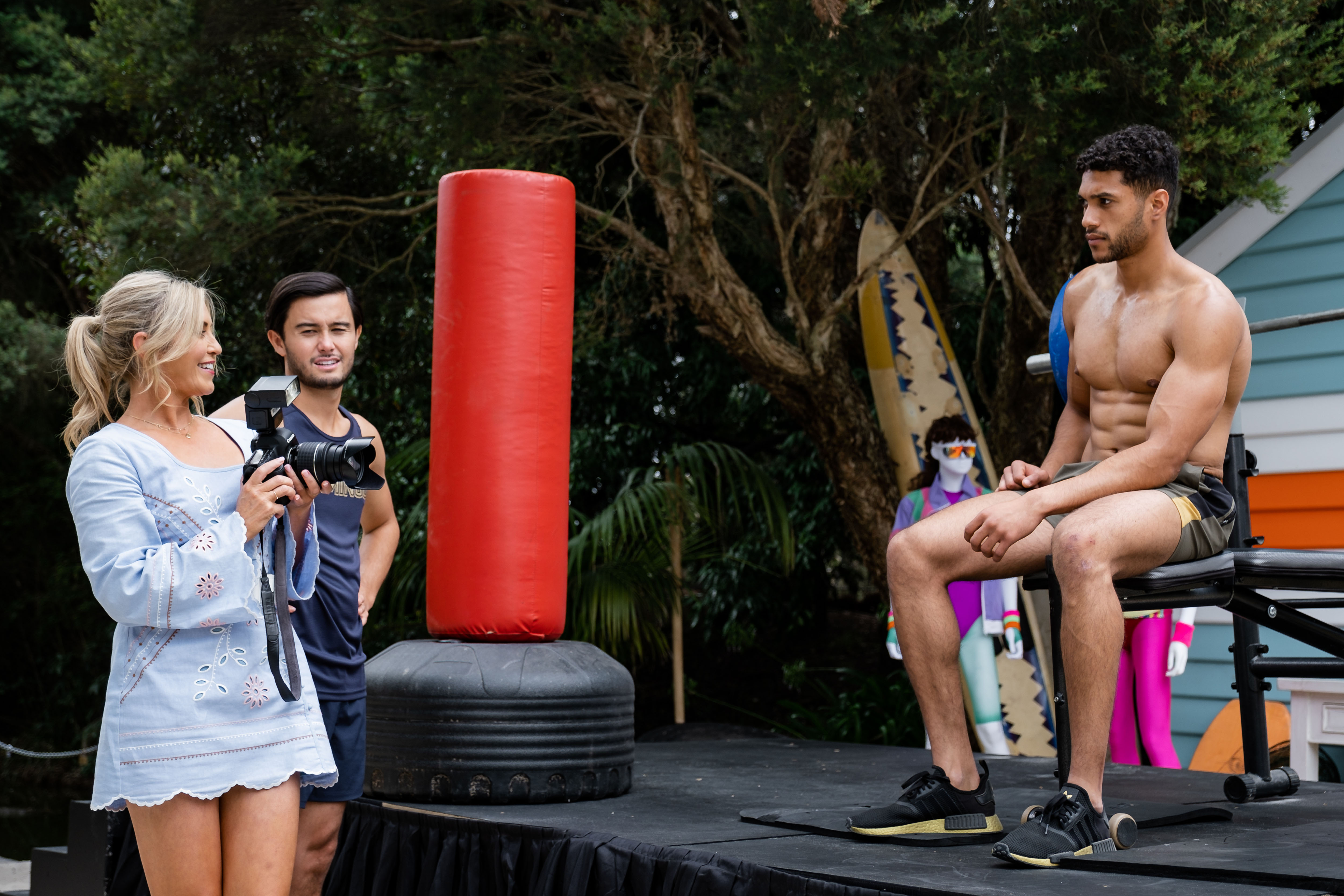 Amy (Jacinta Stapleton) is free and single and having a whale of a time in Ramsay Street. Having had a dalliance with Shane (Nick Coghlan) and enjoyed a naughty flirt with Ned (Ben Hall), she’s up for a bit more fun with someone else in Neighbours.

But while she’s ready to move on, Ned is not ready to let go. He hasn’t given up on the frisson between them, especially as he’d been under the impression she couldn’t get enough of him. He decides he can win her over and approaches her with some flirty banter, but his ego takes a battering when Amy gives him the brush off, she’s not interested. He’s yesterday’s news and today’s chip paper.

Her eye has wandered elsewhere and landed on Levi (Richie Morris). Lucky for her, he is ready to brush off his blues and have some fun, so the timing is perfect. He and Amy end up spending an innocent night by the firepit roasting marshmallows, but before they know it, they’re heating things up more than the firepit and a little ‘no strings’ fun is had.

Ned isn’t ready to let go though and when he learns Yashvi (Olivia Junkeer) is taking off, he sees it as a sign he can crack on with Amy. He approaches her again and lets her know how he feels, revealing he’s now free to do what he likes.

But nope, there’s no excitement there now for Amy. She tells him once and for all she is done with him, he was just a plaything for a while and she’s onto bigger things (she hopes).

She’s in for a shocker though when she discovers her new lover is the same age as her son. Levi isn’t put off by the age gap at all and is ready for more fun. Can Amy see past it?

Ned is gutted at the rejection and goes all dramatic, defiantly quitting his job at the Flamingo, favouring unemployment over coping with a bruised ego. He’s single and soon penniless. What will happen to him next?