Heidi Montag is going into real estate: ‘I don’t want to be waiting on TV money’

Spencer Pratt is trolling Kim Kardashian for allegedly editing out her trapezius muscle in a recent bikini pic shared to Instagram.

“Kim is so relatable. I have always been insecure about my trapezius muscle,” the “Hills” star, 39, joked in a new TikTok video, in which he poked fun at an article explaining the apparent Photoshop fail.

“Why does she need one? I stand by this,” he continued.

“Because, I mean, look at that. Who needs that muscle supporting your neck? That’s just, like, a stupid muscle.”

The TikTok video instantly went viral, gaining more than 850,000 views and 85,000 likes as of Wednesday morning. 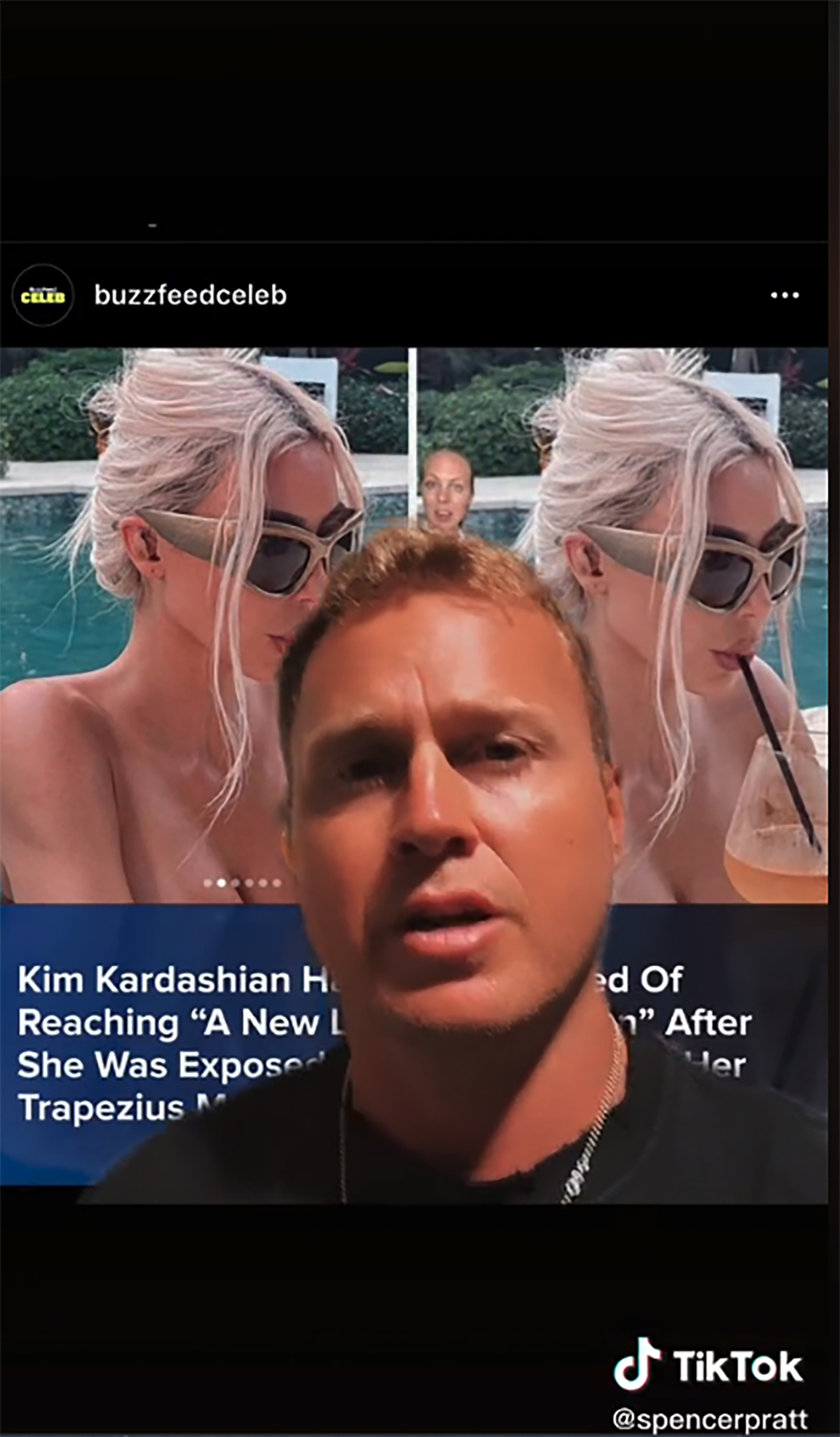 Pratt, who was often viewed as the villain while starring on MTV in the mid-2000s, received hundreds of supportive messages in the comments section.

“MTV owes you and everyone else an apology for their editing bc now we are all able to see that u are an absolute treasure,” one fan wrote. 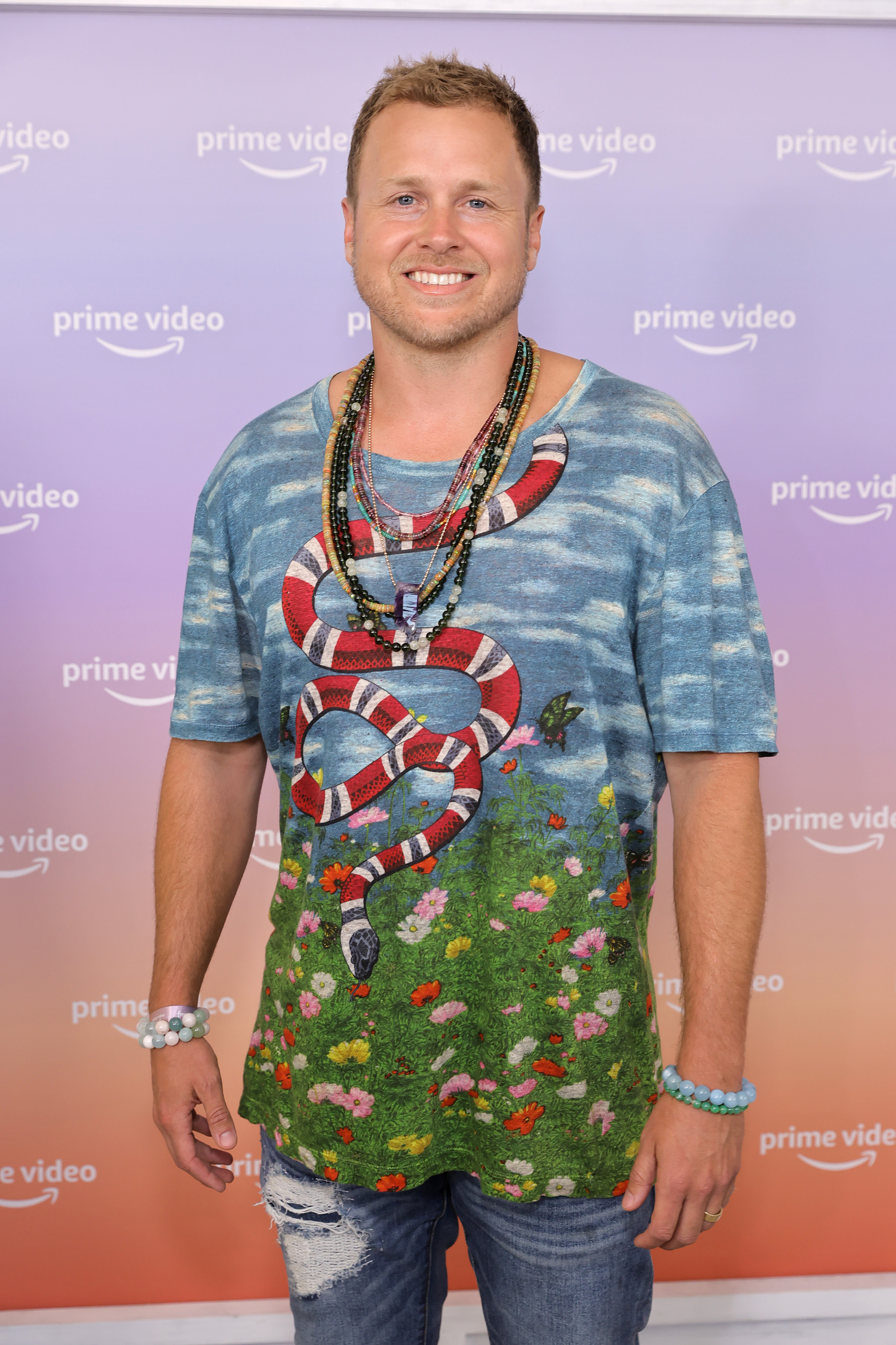 “I’m sorry about the things I said about you in the mid 2000s Spencer,” another commented.

“You have completely redeemed yourself in less than 60 seconds 😂,” someone else chimed in. 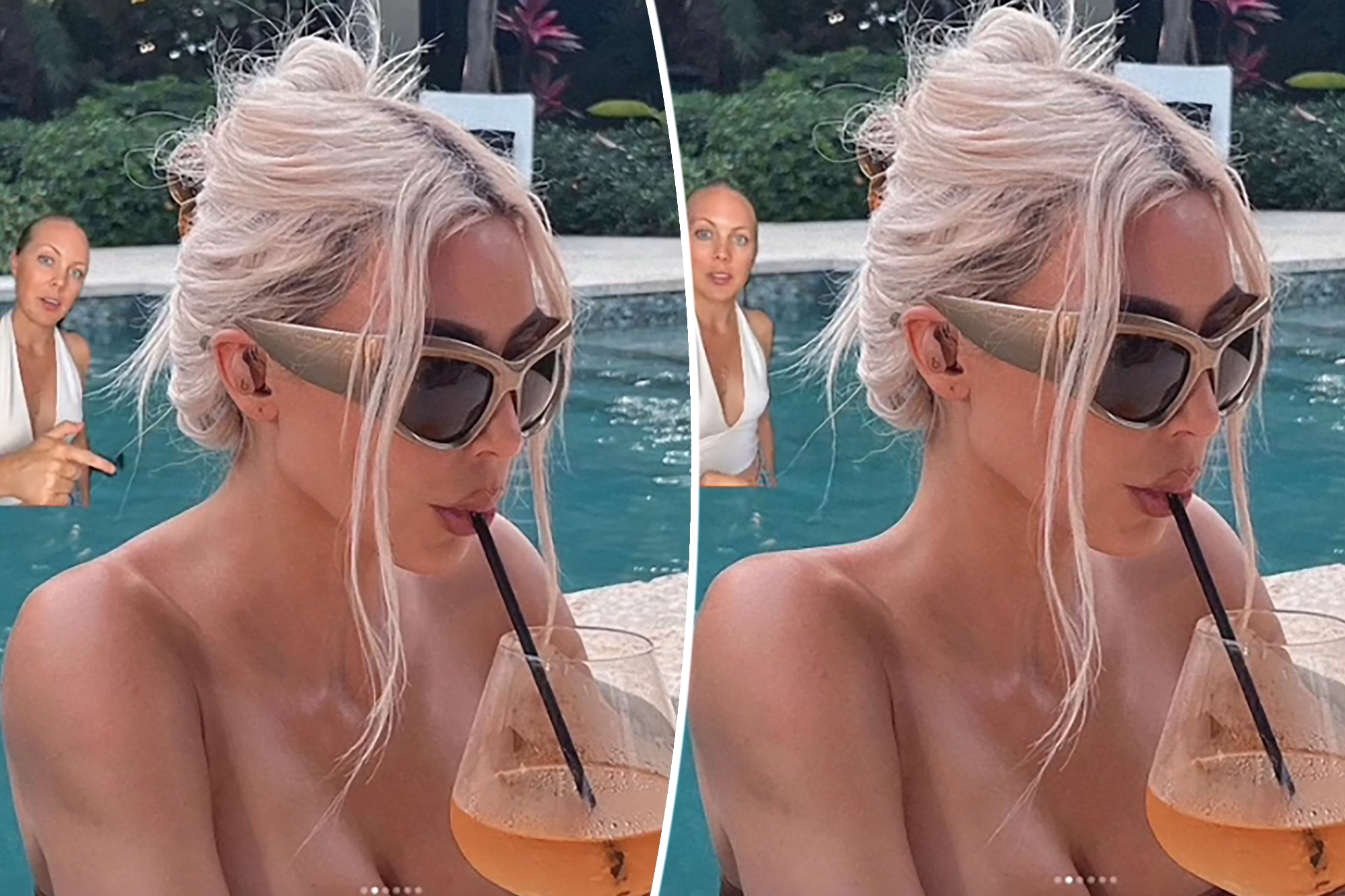 “Spencer > All Kardashian’s [sic],” another argued.

Earlier this week, Kardashian faced backlash after a TikTok user reverse-Photoshopped a photo to seemingly prove how the Skims founder allegedly reduced her muscle to give her a more defined shoulder structure. 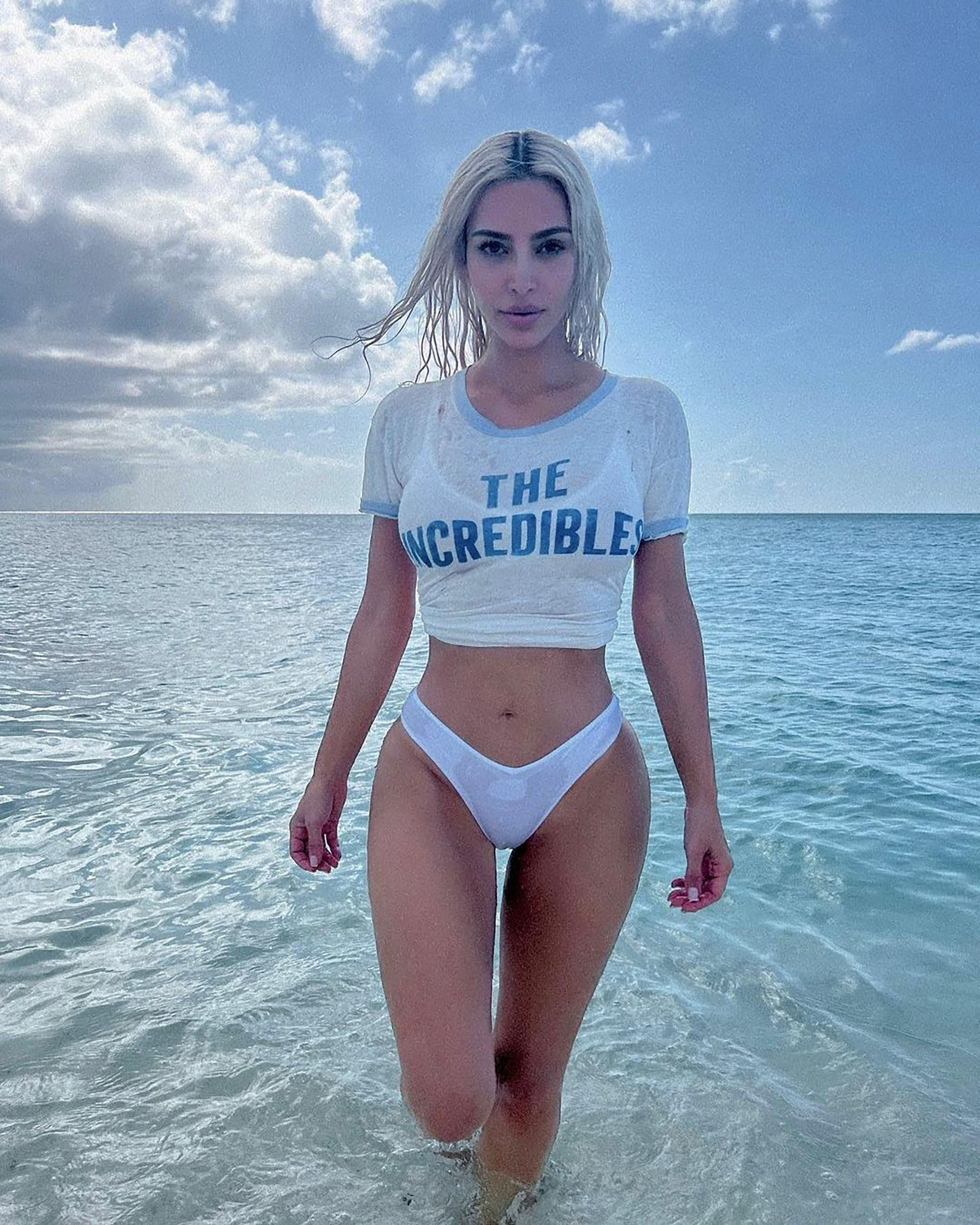 The mom of four has yet to comment on the allegations. 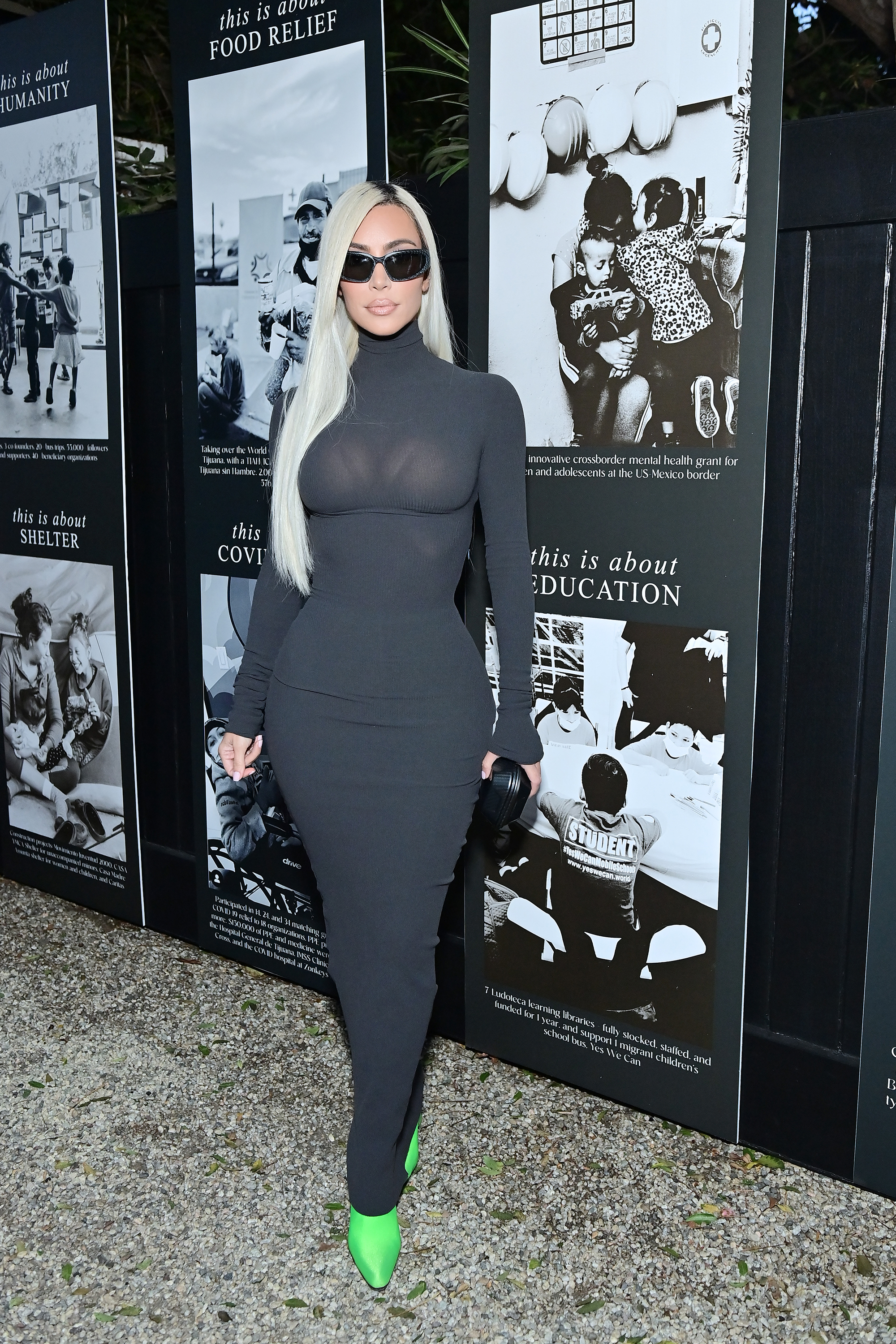 The mom of four has yet to comment on the allegations.

Getty Images for This Is About H