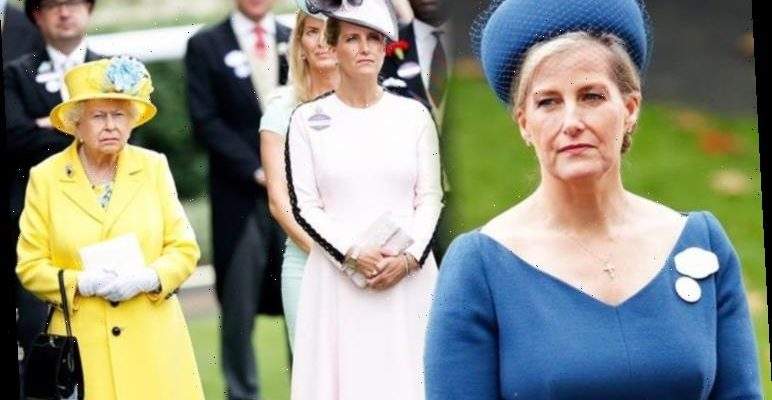 Sophie, Countess of Wessex, has been a popular member of the Royal Family since she married Prince Edward, 56. Before joining the family, Sophie had a successful career in public relations.

Her previous job may have influenced how she conducts herself in public, speech expert from Speak 2 Impact Susie Ashfield told Express.co.uk.

She said: “The Countess of Wessex had a prominent role in corporate PR before becoming a popular and hard-working member of the Royal Family, which may explain why she comes across as so controlled and authoritative during many of her public speaking events.”

Since becoming a royal in 1999, Sophie has attended various events both by herself and with other members of the family.

The expert suggested she uses a “controlled” speaking style which may be more obvious when she makes speeches in front of the monarch.

“There’s one factor that can drastically shake up her typical formidable style and change her from a somewhat sparky speaker to an apathetic performer who is immaculate in delivery but with a significantly stiffer style,” Susie added.

“It has been said that the Countess has modelled her approach to public speaking on the Queen, swapping anecdotes and stories for a more stoic style whenever her mother-in-law is in the room.”

In a rare move from a royal, Sophie appeared for a segment on This Morning in September 2018.

During the interview with presenter Eamonn Holmes, Susie suggested the royal was relaxed and comfortable.

She explained: “Just look at her delivery on This Morning with Eamonn Holmes.

“The Countess gesticulates naturally and talks freely, occasionally letting the odd ‘umm’ or ‘err’ break into a sentence, which gives her an edge of relatability and authenticity.

“With Eamonn’s gentle encouragement she grows even wittier and warmer, joking with the iconic presenter that she is ‘inappropriately dressed’ for the occasion.”

The following year, Sophie attended a reception at Buckingham Palace hosted by the Queen to celebrate the work of the Queen Elizabeth Diamond Jubilee Trust.

The Countess took to the podium to make a speech where her style was notably different to her television appearance.

The expert continued: “Compare this to her speech during a reception at Buckingham Palace and we see a much more formal speaker, invisibly bound to the podium, sticking closely to the script laid out in front of her.

“Here her natural sense of self-deprecation is on hold, and she breaks up her sentences with perfectly placed pauses, so that not a single word of her carefully constructed content is missed out.

“There are rare moments where she lifts her head up above her notes, but when she does so, it is to connect with the one individual she most admires in the room – the Queen.”

While Sophie can deliver a good speech whenever she steps out, Susie claimed she has made a special effort when in front of the monarch.

She added: “It is highly likely that a coach has been employed to tighten her delivery, which is far from unusual in The Royal Family.

“Her Royal Highness is not in great need of development when it comes to her public speaking skills, but there is no doubt she will have done everything in her power to put in her best performance in front of the Royal Family’s most admired and revered speaker and head of ‘The Firm’.”