Both Andy and costar Leah McSweeney were caught off guard by Sonja’s reveal.

Sonja Morgan did a little kiss and tell during her appearance on “Watch What Happens Live” on Tuesday night, surprising host Andy Cohen and one of her “Real Housewives of New York” costars with a big reveal about her dating history.

Morgan was joined by Leah McSweeney during the appearance and, during a game in which the two women had to pick which Bravolebrity emitted more BDE (Big D— Energy), she said she actually dated one of the men in question.

While playing the game, the women had to choose between “Southern Charm” star Shep Rose and “Million Dollar Listing’s” Ryan Serhant. “I dated Ryan before he got married,” 57-year-old Morgan said of the 36-year-old reality star. Both Andy and Leah’s expressions quickly turned to ones of shock.

She explained the two went to some kind of “humanity” event together and she felt she “needed to kiss him to be a humane person.” When asked whether they went anywhere after, she said, “He went this way, I went that way.”

Morgan added the two “did a few things else” during “other dates” after that. “He was a newbie, he didn’t know how dangerous it was!” she added.

It’s unclear when exactly the two were an item, though they were photographed at events together in March 2012 (below) and June 2012, as well as a third in September 2013. In 2012, Sonja also reportedly told Rumor Fix they were dating and she was “very excited about getting to know him better and spending more time with him.” She added she wanted to “take things slowly.” 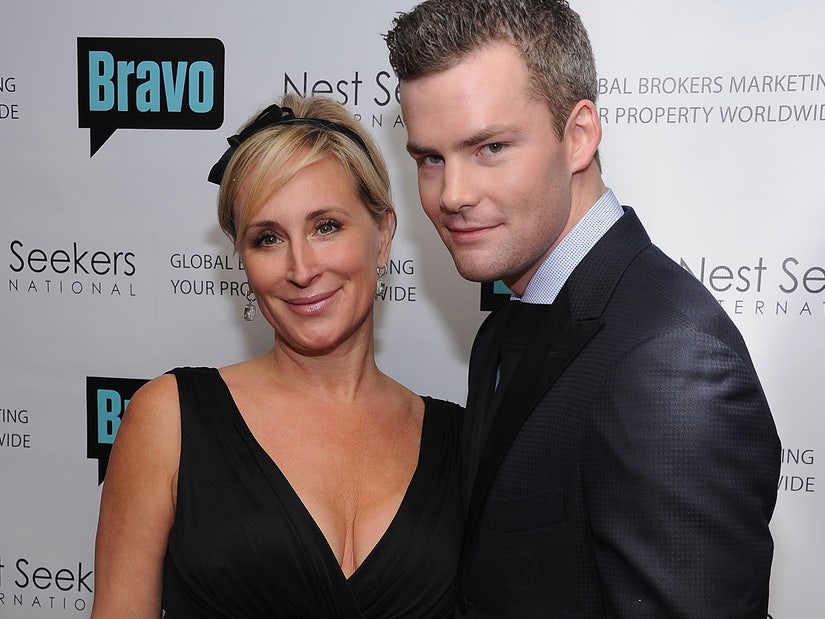