If you’re currently taking an oral contraceptive, listen up: The FDA has announced a recall on not one, but two types of birth control pills, and if your pack is among the four lots in total that were flagged, you’ll definitely want to know. Unlike other BC recalls in which the packaging was faulty, or the instruction manuals were incorrect, Apotex Corporation recalled Drospirenone and Ethinyl Estradiol birth control pills on Monday, March 4, 2019, due to some pretty major issues. According to the FDA’s announcement about the recall, missing birth control pills and misplaced placebo pills were among the concerns — both of which could potentially lead to an unwanted pregnancy. Wholesalers and distributors have been notified, per the FDA’s announcement, but if either of these medications ring a bell, well, I highly suggest checking your BC pack ASAP.

Elite Daily reached out to Apotex, the pharmaceutical company that makes these birth control pills, for comment on the recall, and Jordan Berman, vice president of global corporate communications for Apotex, sent the following statement:

Listen, I can only imagine that if your doctor has been regularly prescribing you either one of these types of birth control, this news might be a little unnerving to hear. However, there is a light at the end of this seemingly dark tunnel for anyone popping Drospirenone or Ethinyl Estradiol pills on the reg. Berman clearly stated that, to date, “no case has been reported for pregnancy” as a result of these missing and misplaced pills, so it sounds like Apotex picked up on these issues early enough that they have yet to be, well, an issue.

According to the FDA’s announcement, four lots of Drospirenone and Ethinyl Estradiol tablets have officially (and voluntarily) been recalled. On one hand, it’s comforting to have confirmation that Apotex carefully inspects its inventory before distributing it to make sure that it can catch any issues as soon as they arise. On the other hand, this type of recall is definitely one to be aware of, as taking the wrong birth control pill at the wrong time can a) affect your menstrual cycle, and b) cause your BC to be less effective. The FDA announcement explained, 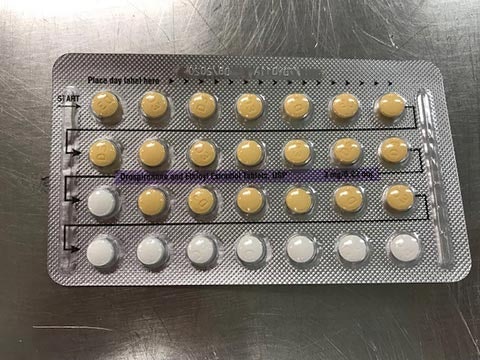 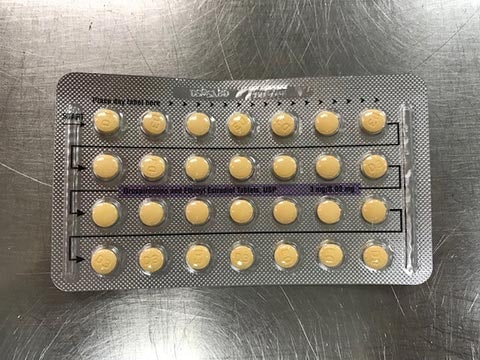 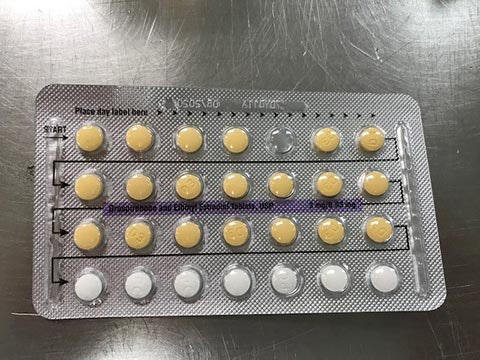 For those unfamiliar with these types of birth control, the FDA’s announcement explained that Drospirenone and Ethinyl Estradiol are hormonal contraceptives that contain both estrogen and progestin hormones "for use by women to prevent pregnancy." According to Mayo Clinic, these types of packs will typically contain 21 active pills, and seven inactive pills, and are meant to “mimic a natural menstrual cycle.” The problem is, while it’s safe to skip the inactive pills (these are basically just placebos to help you stay on track with the medication), Mayo Clinic explains that missing an active pill can cause breakthrough bleeding, and can also potentially lead to unwanted pregnancy.

Circling back to the FDA’s official statement, lots 7DY008A, 7DY009A, 7DY010A, and 7DY011A of Drospirenone and Ethinyl Estradiol have been recalled, and can be identified by the NDC numbers 60505-4183-3 and 60505-4183-1, listed on the outside and inside of their cartons, respectively. Again, as of March 4, 2019, both wholesale and mailer distributors of the medications have been notified. However, anyone who has already received their pill packs prior to this notice should check their lot numbers and speak with their healthcare providers ASAP, per the FDA.