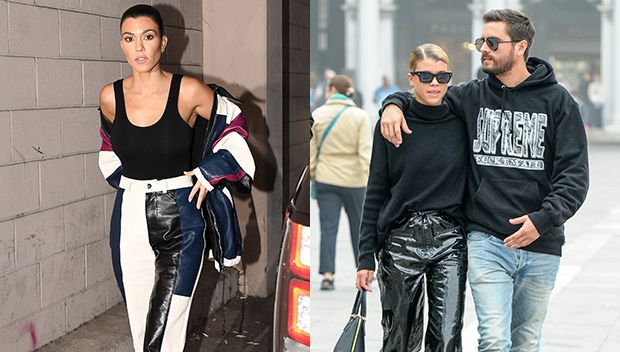 We’ve got even more details about the shocking meet up between Sofia Richie and Kourtney Kardashian! Find out whose ‘idea’ it was to unite for dinner, which HL has EXCLUSIVELY learned!

Dining with your boyfriend’s baby mama is no easy feat, but Sofia Richie, 20, did it anyways. The model, along with her boyfriend Scott Disick, 35, met up with Kourtney Kardashian, 39, at Nobu in Malibu, California on Nov. 4. And how exactly did Sofia feel leading up to the dinner, which would be the first public spotting of this awkward trio together? “Sofia was extremely nervous to spend time with Kourtney, but she knew this meeting was important to both Scott and Kourtney,” a source close to Sofia EXCLUSIVELY shares with HollywoodLife. As we’ve told you, Kourtney reportedly wanted to discuss her and Scott’s three children Mason, 8, Penelope, 6, and Reign, 3. But we’re now hearing that Kourt isn’t to be credited for making Sunday night’s dinner happen!

“Their meeting was Scott’s idea and he had been talking to both women about it for a while,” our source reveals. It all makes sense now! Scott was with the mother to his children for nine years, while he’s been official with Sofia since last September. It was about time these two sat across from one another at the same table, but as our source points out, “neither Sofia nor Kourtney was ready until now.” And even though Sofia was technically “ready” on Nov. 4, Scott didn’t leave her to fend for herself.