SMIRNOFF has launched two new fruity flavoured vodkas but they contain almost half the alcohol content than a standard bottle.

The new Infusion range includes an orange, grapefruit and bitters tipple, and a raspberry, rhubarb and vanilla drink – and you're supposed to mix them with soda water. 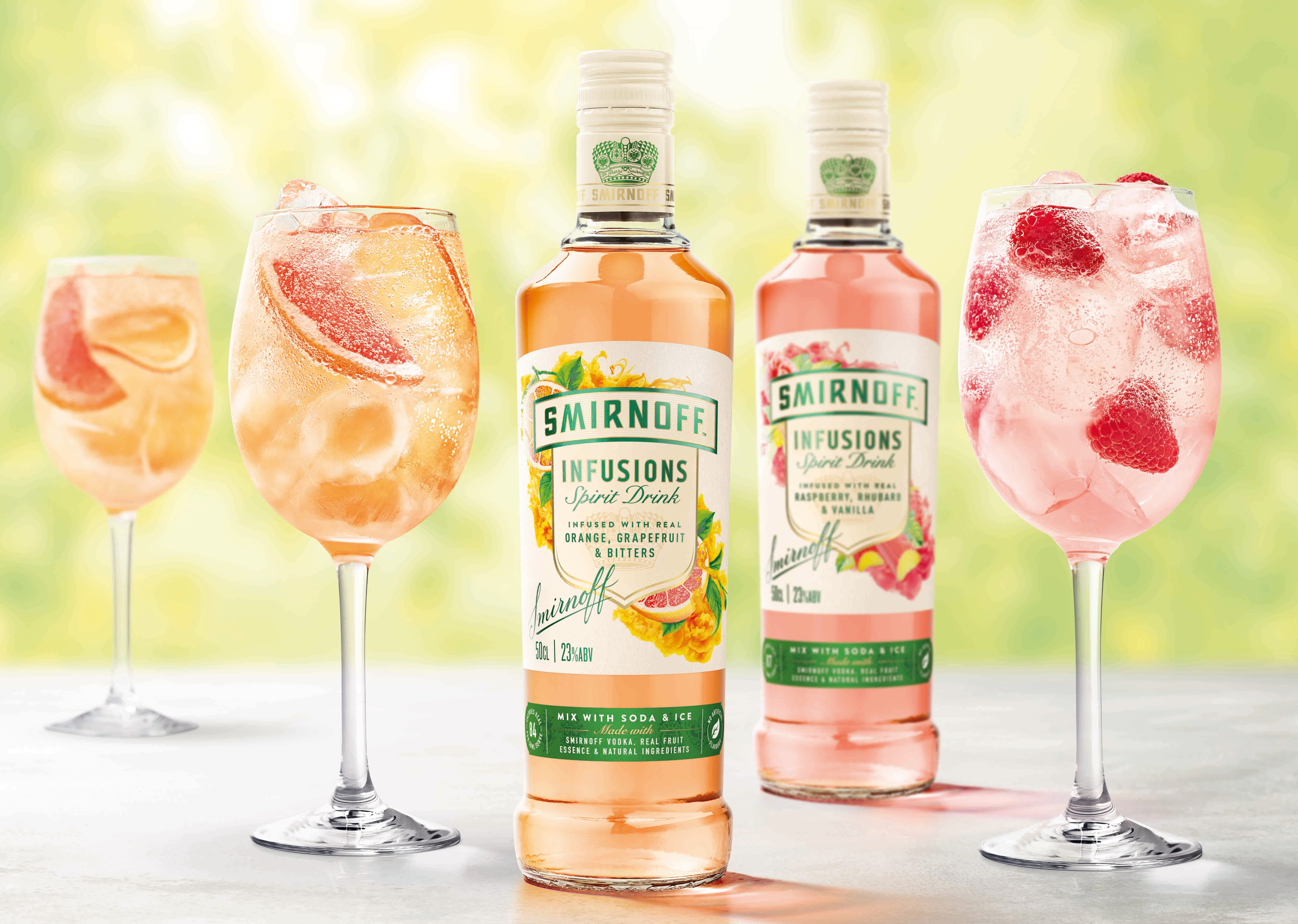 But both spirits contain 23 per cent ABV – the units in which alcohol is measured – compared to 40 per cent in bottles of Smirnoff's Red Lable vodka.

The bottles of vodka will sit on supermarket shelves alongside Smirnoff Vanilla and Smirnoff Raspberry vodka, which contain around 37.5 per cent ABV.

You'll also need to fork out more for the flavoured bottles of booze too.

A 500ml bottle of Smirnoff Red Label vodka costs £12.50 from Tesco, while the Infusion spirits are set to have a recommended retail price of £14 for a bottle that's the same size.

Here's how to cut the cost of your grocery shop

SAVING on your shop can make a big difference to your wallet. Here are some tips from Hannah Maundrell, editor of Money.co.uk, about how you can cut the cost of your shopping bills:

In fact, you can splash out an extra £2 and double up because a 1 litre bottle costs £16 at Tesco, Asda, Sainsbury's and Morrisons.

We couldn't find anyone else making vodka in these flavours, but Absolut makes a mandarin flavoured spirit which costs £22.53 for a 700ml bottle from Amazon.

It's 42p more expensive per 100ml compared to Smirnoff Infusions.

Of course, the prices may change once they reach supermarket shelves as retailers can set their own prices.

Smirnoff has confirmed to The Sun that shoppers will be able to buy the drinks in supermarkets from June this year but it couldn't tell us the specific retailers that are due to stock it.

Discounter B&M is selling gin and vodka jam and marmalade for £3 – but you can actually buy boozy flavoured spreads from other supermarkets too.

Last year, Co-op's £13 vodka was voted "one of the best in the world" by experts in a blind taste test.